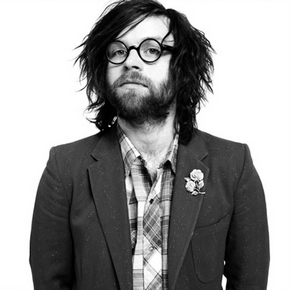 A mild tempest brewed last week when Saving Country Music unearthed some quotes from non-country artist Ryan Adams from a Buzzfeed feature originally published in September. Adams said that he didn’t want to be known as country, hated the music, and had only made country music with his 90’s band Whiskeytown and the early part of his solo career as an “irony.”

“There’s this wrong idea about me being identified with things that are Southern or country,” Ryan said. “I do not fucking like country music and I don’t own any of it. I watched ‘Hee-Haw’ as a kid with my grandmother, I only like country music as an irony. I liked it when I would get drunk ”¦ But me playing country music ”¦ it was a false face. It was style appropriation.”

Being a fan of Ryan Adams and his music, I expressed feelings of being a little hurt by these statements. Not angry, but hurt and conflicted as a country music fan, and one who looks favorably upon Ryan’s music, influence, and contributions.

Well apparently Ryan Adams caught wind of said concerns, and has been expressing his reaction to them at recent concerts according to numerous reports. On Monday, October 20th, Ryan played a show at the Uptown Theater in Kansas City, and spent time on stage talking about how he’d been confronted by a few people on Twitter about his recent country music statements.

And then, as is not uncommon during his set, he made up an impromptu song called “Gold’s Bar” that included the line, “Put that on your fucking country music website.”

So being the convivial, accommodating outlet that Saving Country Music is, I decided to take Ryan Adams up on his offer, and present to you his improvised song, “Gold’s Bar.” Enjoy.

A dark, disturbing, psychedelic tale marking a confluence of the present and the past, the fit and the flabby, “Gold’s Bar” finds Ryan Adams featuring both his sharp wit, and his keen sense for matching mood with music. The dark chords leave this listener with a foreboding feeling, while the humor in the lyrics creates a contrasting and vibrant experience where all the sectors of the human emotional palette are tickled. Though the offering is a bit under-developed, this would only be expected from an impromptu song, and Ryan’s propensity to work without a net shows confidence, cunning, and an overall advanced skill set in the art of song craft. Not bad.