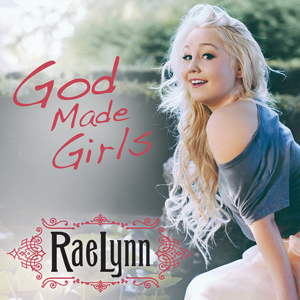 This song from former The Voice contestant and now Valory Music-signed 20-year-old country music starlet Raelynn has been lurking out there for a while now, garnering tacit approval from the country music listening public and sitting down in the 30-something range in chart performance, while driving other listeners crazy for a host of reasons. “God Made Girls” looked like it was destined to ride off into the sunset, and possibly, take Raelynn’s puttering country career with it. But a renewed push from Clear Channel’s well-meaning but controversial “On The Verge” program meant to give extra attention to up-and-coming artists may very well see a re-emergence of this song and a reset of its topside potential. On The Verge was the impetus behind the making of recent stars like Iggy Azalea and misappropriated EDM/country star Sam Hunt.

Requests have trickled into Saving Country Music headquarters to properly roast this offering for various offenses, including its potentially subservient representation of females as being made by God simply to be pretty objects and companions for men. But this is no “Girl In Your Truck Song.” It’s tough not to recognize there could be an acquiescence of the female perspective here, but that’s sort of a stretch, and I find it a little hard to get too exercised about it, while some female listeners may even find the song empowering. Plus if you’re evoking God in the conversation, there’s that whole rib and apple story to contend with.

What is more troubling, or at least annoying about “God Made Girls” is the immature/fairy tale aspect the whole song takes on to an almost unhealthy degree, especially when you consider this song is for grown ass adults and country music fans. Raelynn is all giggles and coos in this song, tilting her head and gazing into mirrors like a still emotionally-developing adolescent-aged cutesty wootsy star struck suburban American princess watching Frozen on continuous repeat. Not even a 15-year-old Taylor Swift evidenced such an abandonment of maturity as Raelynn does in this song. Though even with this criticism, “God Made Girls” yearns for depth by talking about girls being an emotional crutch for men, and being the ones to “drag his butt to church.”

The music of “God Made Girls” is generally unoffensive, though it’s also fairly unremarkable too. The one tough hurdle for this song to overcome is how it repeats the chorus line “He stood back and told the boys I’m ’bout to rock your world” twice per refrain instead of either evolving or resolving the line the second time through as would traditionally be done in more elaborate, or even average songcraft. But “God Made Girls” is catchy, and buoyed by Raelynn’s young, naturally cute voice and aspect. It’s probably also worth pointing out that this is a song for girls, by girls, and will resonate along sex lines disproportionately, which there’s nothing inherently wrong with. It was co-written by Nicolle Galyon, Lori McKenna, and famous early Taylor Swift co-writer Liz Rose. Joey Moi, the madman behind Nickelback and now Florida Georgia Line, is the producer of the track.

The video for “God Made Girls” works to reinforce the adolescent nature of the song, and even takes creative license to exacerbate it with endless staircases ascending into the sky and fairytale dress and scenarios—even images of young girls playing pretend. One strange aspect of the video is a woman on horseback that seems to be interjected for no apparent reason into the narrative, especially at the 2-minute mark of the video where she randomly appears shirtless.

“God Made Girls” is not terrible, and not even as bad as some country music fans with their dander up looking for songs to destroy would have you believe. But it does serve an an excellent example of country music’s current obsession with youth and unwillingness to mature beyond the 15-year-old perspective, along with conveying a questionable value of women in society, even if it does attempt to increase the sense of value in themselves.