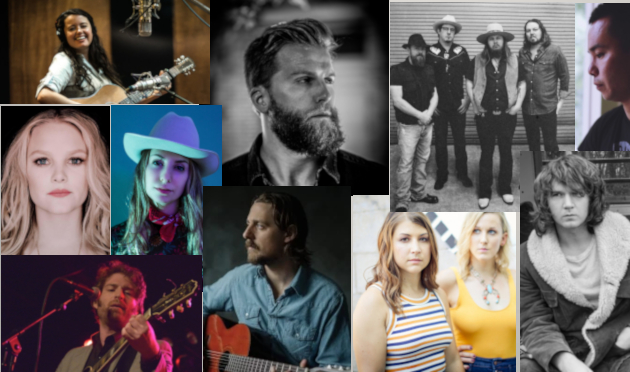 An album is something you listen to. A song is something that can change a life. The places a song can take you, the realizations and perspectives it can impart, the way it can touch something inside of you to make you feel something you never have before, or haven’t felt for a long time is the reason we cherish music so much, and we cherish songs specifically as the kernel root of all musical experiences that we remember forever.

Unlike choosing the top albums from a given time period, choosing songs tends to be even more capricious and based on one’s own perspective. But please understand nothing was “forgotten,” and no song or artist should feel insulted by not being included here. This also isn’t an autocratic enterprise. You’re encouraged to share your own insights below about what has moved you in the first half of 2019.

The songs are presented in no certain order, but all should be considered early contenders for Saving Country Music’s 2019 Song of the Year. Time will help sift out the eventual conclusion, with some falling, and others rising as age either enhances or exposes the effort.

These songs and more can be heard on Saving Country Music’s Top 25 Playlist.

Spinning a tale that puts your very perspective in the shoes of the singer or the characters they create is the true mark of a master songwriter. They can work with a conservation of words, because all the specific details of the story, including the surroundings and settings and the look on people’s faces all fill in themselves via the imagination of the listener, making the story feel that much more intimate because it’s partially born of their own experiences. You’ve likely never robbed a bank, or found yourself clutching a love letter as imprisonment or death nears. But you sure feel like you have by the time Ian Now is done with you in “Letter To Madeline.”

On paper, the story behind “Rodeo” is compelling, but not exceptional. It’s Charlie Marie’s performance that allows this composition to rise to be considered right next to a daunting field of competition as one of the most moving songs released so far in 2019. “Rodeo” is more like Patsy Cline than Patsy Cline is, while still expressing and undeniable originality from this Rhode Island singer stricken with a strange, but undeniable love and obedience to classic country music. Listening to “Rodeo” gives you the same chills as one imagines that inescapably seeing a ghost would cause. “Rodeo” less a song, and more an evocation of country past in musical form. It reminds you why you became a country music fan in the first place.

As the human experience continues to become more polarized and dependent upon our circumstances and ideologies served via economically segregated communities and social media confirmation bias, breaking down the barriers of perspective has never been more challenging, or important. The Steel Blossoms contextualize this dilemma with incredible wisdom on “County Line,” bravely encapsulating both the trappings and virtues of the rich and poor in one setting, while at the same time slyly illustrating how similar we all really are.

There is no shortage of empowerment songs full of trite platitudes and pithy affirmations in today’s energized and roiled social environment. However despite the quantity, there is a serious dearth of songs that really touch at the heart of matters through sincerity and storytelling to where you can’t help but listen and succumb to life-altering empathy and deeper understanding. Every great songwriter sets pen to paper hoping to change the world in some small or grand capacity with the way they shape their words and conjoin them with chords and melody. With Emily Scott Robinson and “The Dress,” this ambitious goal is achieved.

When you hear an artist like Charles Wesley Godwin sing, there is no need to power cycle your sense of disbelief. The sinewy roots of West Virginia’s hardscrabble existence seem to be intertwined with Godwin’s synapses and muscle tissue, almost as if he’s a construct of the land itself, like a scrub tree clinging to life on the ridge side of an especially steep holler. If Godwin’s debut album Seneca is a love letter to his native land of West Virginia, “Coal Country” is the line that instills undying faithfulness in the recipient from such a pure and sincere expression.

Oozing with steel guitar, fiddle, honky tonk piano, and minimalist country drums, you can’t call “The Dead Don’t Die” anything but country, yet the lyricism is really what drives the song home. The song delves into the theme of death and afterlife that were so present in much of country music’s early recordings as the peoples of Appalachia and Sturgill’s home state of Kentucky clung to life in often difficult circumstances where prosperity was scarce, death was always close, and the memory of loved ones haunted the thoughts of survivors.

Country music has been the place where the lonely and brokenhearted turn to commiserate with others through the medium of song and storytelling. It’s music for those with the strange propensity to get feeling better by feeling sad. There is room in country for those with a sunny disposition as well, but the deepest power of country music has always been to convey that we’re not alone in our loneliness, that we share in our struggles and failures with generations of depressed and dispossessed. Even when it feels like the rest of the world has turned against you, country music is still there, welcoming you with open arms.

Usually the themes of heartbreak in country music revolve around relationships, death, or perhaps the erosion of small town life or the family farm. But in the current environment in country, another type of heartbreak has emerged that is more intimately tied to the music itself. Not everyone that has a dream to make it in music has the talent, or the fortuitous timing, or the self-discipline that it takes to make that dream a reality. In the estimation of many, Hailey Whitters is one of those gifted people.

In the next year or so, you may struggle to find another collection of 10 songs so well-composed with wit, insight, and soul than the ones found on this debut album from Gabe Lee called Farmland. More folk than country, but more country than most of what you hear on the radio, Farmland is a bold stroke of confident and articulate songwriting prowess filled with stories of broken heats, failures and frailty, and cutting insight into the trappings of American life. It’s not unfair to draw comparisons to Dylan and Prine when listening. In fact that is likely to be your very first impression, even before you become enthralled by Lee’s turn of phrase.

The Steel Woods – “Wherever You Are”

The raw power of The Steel Woods and their role as Southern Rock revivalists is what they’re best known for. But writing a love song to someone you’ve never met, but hope to in the future is a master stroke of the songwriter’s pen, and could work just as well for a lonely man as it could for a widowed woman, or a child-less adult. A song like “Wherever You Are” helps underpin The Steel Woods as so much more than just the second coming of Skynyrd, as are other selections from their new album such as “Old News” and “Anna Lee.” In 2019, slinging guitar may be enjoyable, but it won’t make you exceptional. It’s songs like “Wherever You Are” that distinguish you from the massive din of new music being released.

For too long, Logan Ledger has been east Nashville’s best kept secret. Now signed with Concord Music and releasing a T Bone Burnett-produced debut record in October, he’s become one of those bubbling under names that could blossom into the next Sturgill, Childers, or Ian Noe caliber name. Even with a guitar solo that drones on too long, “Starlight” delivers all that classic country music goodness you look for in a song, and vessel for Logan’s voice which sits somewhere between Dwight Yoakam and George Jones.