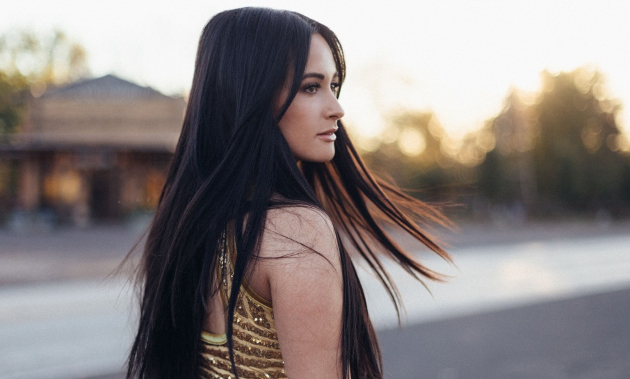 We still don’t have a proper radio single from Kacey Musgraves ahead of her new album Golden Hour, but we do have another song. Two songs were released simultaneously a few weeks ago—“Butterflies” and “Space Cowboy”—but neither presented themselves as a single initially. Then UMG Nashville let it be known that both would be sent to radio, which is similar to fielding a football team with two quarterbacks, which is basically admitting you have no quarterback at all.

Neither of the first two Musgraves songs is being promoted in mainstream country’s radio periodicals. Her label is just shipping the files to radio stations and saying, “Here, if you want to play them, that would be cool.” Meanwhile “Space Cowboy” has been streamed over 2 million times on Spotify and might make a great single. But there doesn’t seem to be even the will to try from Music Row.

Then here comes the latest song from Kacey Musgraves, “High Horse.” This was preceded by long pieces in both GQ and NPR seeming to steel us for the possibility that Kacey’s Golden Hour would not be very country—calling it “gutsy” and “innovative”—which in some ways was a bit contrary to what we were hearing from the first two songs, “Space Cowboy” and “Butterfly.” Neither were traditional mind you, but they fit well into the previously-aligned Musgraves mold, if maybe a bit more progressive in style.

But “High Horse” is what all the talk about Musgraves challenging the borders of the genre, and being inspired by the Bee Gees was leading to. It’s disco country if you will, and Kacey and her proponents in the media want you to know this is Musgraves asserting her creative freedom, being unwilling to be hemmed in, and innovating in the otherwise stuffy, and slow-to-change country music space. Kacey Musgraves has evolved beyond the kitschy cowgirl motif.

But once again this is an intellectual shell game that doesn’t seem to take into consideration the simple timeline of music in general. Disco is a 40-year-old musical art form. There is nothing new or “gutsy” about it. If anything, it’s safe. Same can be said for integrating disco with country. This is what Country Music Hall of Famer Jerry Reed built his popular career upon in the 70’s—cross pollinating funky rhythms with traditional country instrumentation and themes. J.J Cale did the same. Waylon Jennings even did it on a few select tracks, as did others. Barry Gibb of the Bee Gee’s wrote scores of country pop songs in his day, including “Islands in the Stream,” and Conway Twitty’s “Rest Your Love On Me.”

It’s similar to how we’re told rap is innovative or evolutionary in country when it is also 40-years-old, or even drum machines and synthesizers. Even the MIDI interface and digital recording has been in widespread use now for a quarter century. None of this is “new” or “evolved” or “innovative” or “gutsy,” even for country.

The degraded audio that starts “High Horse” and eventually resolves into the full signal was a technique first employed in popular music by Daft Punk’s “One More Time” nearly 20 years ago. Golden Hour producers Ian Fitchuk and Daniel Tashian of the Silver Seas may have high fived each other in the studio when they mixed this track for pushing country somewhere it’s never gone before, but that just an opinion lacking proper context.

In fact one of the most problematic things about the track is how formulaic disco the structure and approach is. It sounds like every other bland disco song. What made the Bee Gee’s so timeless was taking disco into different directions. The only way you can call “High Horse” unique is by labeling it as a country song, which it isn’t. And then it runs afoul of proper genre labeling.

None of this makes “High Horse” bad though, or even problematic beyond the surface. The reason disco has been a guilty pleasure for generations is because it’s fun and infectious, and it’s fair to label “High Horse” both these things. A disco song like this may feel formulaic, but so does three chords and the truth if it’s served without any twist or spice. Mixing disco and country music not be unique in a greater historical context, but that doesn’t mean it’s not a fresh-sounding approach for the here and now.

The lyricism of “High Horse” is about a party pooper who is too cool for school, and is looking to rain on everyone’s parade, similar to—I don’t know—a critic of a song like “High Horse.” The writing is not a burden, but it doesn’t really feel like an asset either. Once again Musgraves relies on judgementalism and allusion to country themes to convey her message that ultimately resolves to “Mind your own biscuits.”

Probably even more so than the first two songs from Golden Hour, “High Horse” deserves to be regarded in the context of the album before any full, ultimate conclusions are made about it. In fact all songs from artists like Musgraves who believe in thematic and sonic arcs to albums instead of each song being a completely autonomous endeavor should be regarded in this way. And high horse critics probably should heed the message of this song that hey, some tracks are just supposed to be fun.

But ultimately, “High Horse” feels more like a gimmick than a song. Maybe it will make more sense in the context of the album, or maybe it’s what will make more folks pay attention to the more meaningful songs of the album. But for this disco duck at this moment, it’s just “meh.”