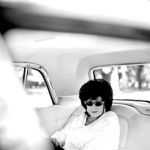 Man. The new music news/albums/videos/whatever for January just won’t let up, and none might be bigger than Wanda Jackson’s collaboration with Jack White The Party Ain’t Over. Wanda AND Jack will be on David Letterman TONIGHT (1-20), and you can now hear the album streaming in its entirety on NPR’s First Listen.

The growl is still there folks, and Jack White may have never been better! And if they haven’t created enough buzz yet, they just released a video as well. Look out for this album to be earth shattering people. 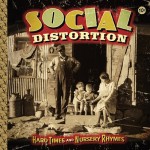 And maybe on another side of the spectrum, just like Eddie Spaghetti and the Supersuckers are a punk band that dabble in country every once in a while, a little bit further down the West Coast, the same can be said for Mike Ness and Social Distortion. As if we didn’t already have enough new music on out plates, they have a new album out as well called Hard Times & Nursery Rhymes, and just like Wanda, you can stream the entire album.

Having put out straight up punk albums, and country albums with a punk twist, this one at first glance feels like it is somewhere in the middle. Songs like “Bakersfield” and “Writing On The Wall” have a country feel with just heavier guitar. Also was really impressed with “Can’t Take It With You.” This one at to at least give a few minutes with the stream and decide if it is your speed.

Keep your eyes out for Saving Country Music reviews for both of these titles.