For the last few weeks, it seems like no matter where I turn, someone is grumbling about how Fat Possum Records, traditionally a blues label that cut its teeth on artists like R.L. Burnside and Junior Kimbrough, has “gone indie,” running from it’s roots and promoting a crop of bands that don’t fit what long-time label fans have come to expect. Since blues isn’t really my forte, I did some digging and found that these concerns actually go back quite a ways. In an AP story from 2007, Fat Possum Grand Poobah Matthew Johnson talked about facing these criticisms as he tried to “reinvent himself with indie,” as the aging bluesmen were dying.

And since 2007, Fat Possum has become even more “indie,” and not just in their lineup, but in the style of the music coming from their traditionally blues bands. Take for example The Black Keys. Just as I asserted about bands shaping their music to the NPR demographic a while back, could bands like The Black Keys be trying to shape their music to “indie” sensibilities to keep their fan base young and relevant, and to create appealing music for the big festivals like Bonnaroo, Vegoose, and Austin’s ACL Fest?

And speaking of ACL Fest, that was another instance this last Fall where it seemed like everywhere I turned, roots and country artists and fans were bellyaching that it had “gone indie.” However, searching through the lineup sheet, I thought I saw quite a few solid country, blues, and roots acts if you didn’t put too much weight behind the big headliners. It was when you went back and compared it to the lineups of previous years that you began to see the picture of a slow attrition over time, seemingly bleeding the traditional music out for more indie acts. In Austin Powell’s ACL wrap-up for the Austin Chronicle, he explained that the 2010 ACL Fest symbolizing a tipping of the scales.

The 2010 Austin City Limits Music Festival will be remembered as the year when the distinction between band and brand got lost somewhere between the visuals masking global rap diva M.I.A. and the confetti raining over the Flaming Lips‘ euphoric symphony. From the towering setup for aggressive house specialist Deadmau5 and Muse‘s extravagant decadence to the European electro-throb of Miike Snow and Dan Black, artists were looking to go big, with cult favorites Edward Sharpe & the Magnetic Zeroes and gypsy punks Gogol Bordello in particular finding serious strength in numbers. Call it the (Lady) Gaga effect.

Nothing about this sounds very rootsy. Fat Possum’s The Black Keys were one of the headliners. 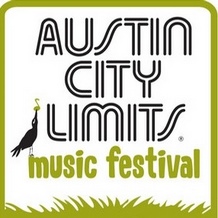 And then how about Austin City Limits the TV show, where the ACL Fest sprouted from. ACL was inspired by the great book by Jan Reed The Improbable Rise of Redneck Rock that chronicled how the vibrant country/roots-based music scene was created in Austin. The idea was to chronicle the Austin music scene on film, and share it with the world. But just like ACL Fest, every year the schedule fills more with “indie” bands and big names that have nothing to do with the Austin scene, and furthermore, don’t need the exposure. Sure, using bigger names to draw attention to smaller names has always been used in festivals and programming structures to keep revenues coming in while also developing upcoming talent.

But a look at the ACL schedule and you see Pearl Jam, Cheap Trick, and Dave Matthews Band. Do these bands need exposure? And the upcoming talent (if you want to call it that) would be The Black Keys and Band of Horses, both Fat Possum artists. All of a sudden you start wondering if there is something at work behind the scenes here. A few weeks ago The Black Keys were the musical guests on Saturday Night Live, what might be considered traditionally as a more appropriate venue for them, as well as one that would create much more exposure, making an ACL appearance somewhat redundant, especially when it may have meant another artist got no exposure at all.

In fairness, Hayes Carll and Robert Earl Keen share a night this season, but that is another thing: The ACL format seems to be catering more to the short attention span, splitting nights more commonly. And this is supposed to be commercial-free public television, but every ACL episode starts off with a Budweiser commercial along with other corporate sponsors. I understand, everyone needs to make money, even non-profits, but why choose to do that with the most bombastic of the macro-brewers and their most identifiable product? I thought the PBS demographic snubbed their nose at the NASCAR dads and their corporate brand loyalty.

Then you read with the change from the old ACL venue to the new, bigger one, ACL wants to get even “hipper.”

Early next year, the series will relocate to a new $40 million studio attached to a posh W Hotel in downtown Austin. The lineup for the current season demonstrates how far the show has already come in constructing a younger, hipper, more diverse array of performers. Instead of the Clint Blacks and Pam Tillises you might have seen 15 years ago, Season 36 will include shows with John Legend and the Roots, Brandi Carlile, the Black Keys, the National, Band of Horses and Sonic Youth.

“The festival has been a great tool in helping us expand the brand,” Lickona said. “We’re appealing to that younger demographic, but I think we’re still a show their parents may want to watch, too.”

He and other “ACL” reps proudly donned hard hats and safety glasses to show off their new facility to newspeople and agents in town for the festival. While only 320 fans could squeeze into the old studio, the new venue can hold more than 2,700 with its two towering balconies. It will double as a full-time concert facility and include VIP suites for sponsors a possible financial boon for the nonprofit TV show.

Expanding a brand? VIP suites for Budweiser? And this is an extension of public television that is supposedly primarily financed through public funding and private donations? I appreciate that ACL wanted to, and possibly needed to update their infrastructure, but who is going to take advantage of it, the country and roots artists that made Austin City Limits the longest-running music program of its kind and the only television show to earn a National Medal of Arts, or the indie bands and big-named superbands like Pearl Jam that they must now book and placate to pay for it all? ACL has been around for so long because it insisted on sticking with its roots in a wise approach that did not dance with every fleeting music trend.

And these are big examples, but there are smaller regional examples as well. Take the Pickathon Festival just outside of Portland, OR that I attended a few years ago. As the name implies, it was a string-based festival at its inception, but two years ago, the headliner was indie band Dr. Dogg. They were the lone indie performer, and as they acknowledged from stage during their performance, “We’re not exactly sure why we are here, but we’re glad that we are.” The next year, more indie bands crept onto the Pickathon schedule. This same scenario has played out in other festvals and in local venues across the country that used to cater to roots artists.

The problem is not the indie bands themselves. It may look like I am picking on The Black Keys, but they and many of these indie bands take their craft serious, have good, well-crafted, heartfelt music that does not compromise like so many mainstream performers. And they deserve to have support and infrastructure for their music as well. But at what expense, and to whom? As highlighted in my Mono-genre/Micro-genre article, the traditional outlets for indie rock (rock and alternative) are in a tailspin, while country remains strong, making traditional country and other grassroots-based outlets an appealing haven from music contraction.

Indie doesn’t really have its own traditions, its own infrastructure like country, blues, or even Texas music. And in this music climate of massive contraction, this is not the time to be creating new infrastructure that may not be sustainable moving forward. So the solution appears to be to incorporate existing infrastructure that was built years ago for roots and country artists, ostensibly squeezing the support for these types of artists out of the picture. Sure, the attrition is slow and calculated. There are efforts put out to keep the natives from getting restless, homages to legacy acts and little token gestures here and there. But over time, as you look at the yearly schedules for things like Austin City Limits, or ACL Fest, or Pickathon, you see the steady march of “indie rock” taking over what roots music built.