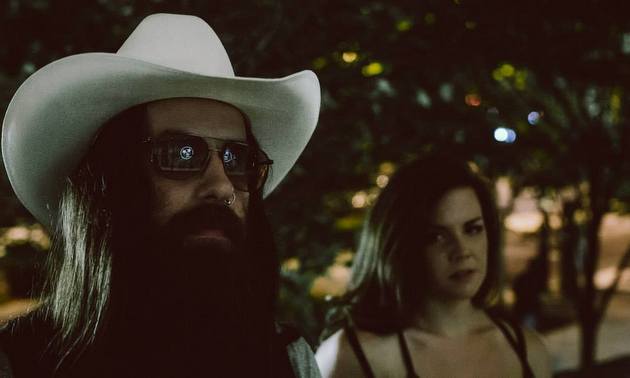 Country metal is not exactly a new concept. The 2006 Rebel Meets Rebel collaboration between Pantera and David Allan Coe is one example. Much of Hank3’s side project output could be labeled with such a distinction too, whether it’s his “hellbilly” stuff, or his metal albums like Assjack, which holds up surprisingly well. And that’s just a start.

What makes Stump Tail Dolly and their debut EP Americanoclasm a shade more unique is instead of fusing heavy metal and country, or switching gears between songs from metal to country on the same project, think of country and metal more like the layers of a cake, sort of respecting each other’s boundaries, and living on top of each other, sometimes even switching frenetically back and forth or unfolding side by side, but rarely “fused” in the traditional music sense when the two disciplines are intertwined to the point where they’re indistinguishable from each other or impossible to separate without causing irreparable damage.

Comprised of two very astute and formally educated musicians, Stump Tail Dolly is not necessarily the screaming bloody mess some might expect when scrunching the terms “country” and “metal” together, especially considering the lineage of the discipline. There’s plenty of blood and guts mind you, but there’s a lot more going on beneath the surface than just Cookie Monster vocals and braying power riffs. 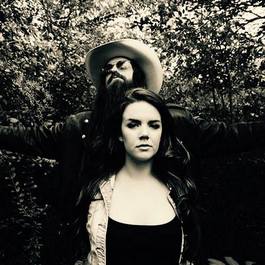 Lucy B. Cochran is a fiddle-playing graduate of the prestigious Berklee College of Music in Boston. Ryan Clackner is a jazz and theory-heavy guitar player who graduated from William Paterson University and once made a cameo in a Pistol Annies video. She’s country, and he’s metal. They met while both manning sideman spots in Bob Wayne’s Outlaw Carnies band, just like the principle players of another duo outfit, the Urban Pioneers.

Ryan Clackner takes his mastery of the musical language and a love for Mastodon, and makes room for Lucy Cochran’s Southern-leaning musings for a fire and ice, angel and devil, smooth and serrated effort that hopes to draw attention from the contrast and mixing of musical influences. It’s the elevated musicianship that makes this mashup more than what may be expected by fans of both sides of the country / metal divide who might be speculative of the results.

Americanoclasm is rough around the edges, but an open-minded listener will begin to see the value of the effort after subsequent spins. This isn’t something you’ll buy for your whole family as a stocking stuffer; it’s a conceptualized musical art project that is meant to have fun with. Metal fans who also find themselves enjoying a country record now and then will be more inclined to find the value in Stump Tail Dolly than vice versa. It’s metal with country flavoring, and might remind one of a crazy underground project your older cousin passed along to you back in the late 80’s or early 90’s that sounded ridiculous to you at first, but ultimately broadened your horizons.

The EP opens with a country metal rendition of the old Ola Belle Reed song “I’ve Endured.” It’s the most evident example of stacking metal and country, with the lyrical theme being what conjoins the two worlds and shows that heavy metal and primitive Gothic country may have a bit more in common than one might initially think. “Insomnia” is sort of the Ryan Clackner opus of the album, while “The Marish Prophet” is more a progressive metal song, almost like Frank Zappa in some places, and utilizes Cochran’s female voice as an additional harmonious layer. The EP is also bisected by a short and straightforward rendition of the old “Stump Tail Dolly” fiddle tune. 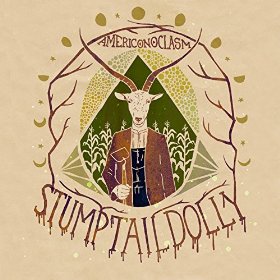 Americanoclasm has a bit of a side project-like feel to it, where it’s a little questionable of where this is all going, and how bought in Clackner and Cochran are to it. The music hasn’t been out on the road and battle tested, so it ends up being a little loose in the studio. And despite the advanced compositional effort, Americanoclasm could be fair to call under-developed. You really can’t understand the words at any point on the album, and not just when it’s in the metal phase. “The Marish Prophet” contains dialogue, and even that comes across as grainy and poorly mixed. It’s an overdubbed, studio project that may or may not turn into something more.

Ryan Clackner and Lucy B. Cochran are some of the most talented musicians left in what once was a stacked talent pool in the country music underground. But where underground projects previously tested the talents of the participants, today’s projects feel lost for direction, and sometimes self-indulgent. Clackner and Cochran deserve to have their musical talents and efforts rewarded. Whether this is the right project for that remains to be seen.

Regardless of where Stump Tail Dolly goes in the future, listeners are encouraged to set aside their predispositions, and appreciate Americanoclasm for its uniqueness and its bold attitude, and to not take it too seriously or you might miss the spirit of how the music is presented.