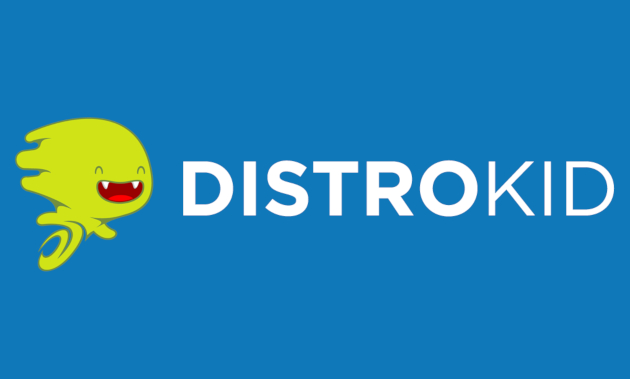 On January 9th, Saving Country Music published the preliminary results of an investigation into sweeping streaming song theft occurring across all the major streaming networks such as Spotify, Amazon Unlimited, YouTube, Google Play, and Apple Music. At the time, 24 total fake accounts were exposed, with over 112 artists confirmed to have songs stolen from them, and a total of 831 songs taken to be repurposed by fake accounts to skim money from streaming services. Just with the 24 initial accounts, the fraudsters were making an estimated $1,500 a week off the creative works of others.

The good news is that since the posting of the initial story, 20 of the 24 original fake accounts have been removed. The bad news is that during the ongoing investigation, more fake accounts and victims have been found and confirmed, while an additional 13 new accounts appeared after the initial investigation that are using more sophisticated efforts to hide the thefts. Meanwhile, the playlists the thieves are utilizing to accrue streams on the stolen songs have also been discovered, which include songs from fake artists that appear to be publicly removed from streaming services, but are still live and receiving spins on these playlists, meaning the fraud can continue even after the songs are publicly removed.

The newly discovered fake accounts bring the total of confirmed fraudulent accounts on streaming services to 47, the amount of songs stolen to 1,470, and a total of 122 identified artists who’ve had songs stolen in the fraud. The number of actual victims is much greater, since the owners of hundreds of songs have yet to be identified. An updated tally of all the statistics and the fake accounts can be found at Sweeping Stream Song Theft: The Data.

All of the songs, and all of the fake accounts are being distributed through DistroKid—a music distribution service that allows most anyone to upload tracks to streaming services. The fraudsters create accounts using fake email addresses, and circumvent DistroKid’s lax regulations for verifying the authenticity of the uploaded tracks by simply checking a box saying its an original work. DistroKid makes you click a little box that says, ‘I acknowledge that this work is 100% my own.’ But you can just lie, and then they don’t have any responsibility anymore,” says Katrina Stone, a Los Angeles-based artist who had 26 of her songs stolen in the theft.

After posting the initial story, numerous artists reached out to Saving Country Music saying they experienced similar activity. Americana songwriter and perform Beth Bombara had her songs stolen by the previously-known fake account “Elizabeth Olson,” and had them removed prior to the investigation. Nashville-based songwriter Rod Picott also had been tipped off to a fake account repurposing his songs.

“They used the name ‘Jack Perdue,'” Picott tells Saving Country Music. “It was shocking to me as I listened to my songs play, one after the other. I checked all fifteen and indeed they were all my own recordings. I reached out to my digital guru … He got in touch with Spotify and they blocked the songs. They did not, however, remove the artwork or song listings or album.”

In other instances, even though stolen songs and fake accounts have been removed from public viewing, they are still able to be found via Spotify’s UPI listings, and are still racking up revenue for fraudsters via playlists. Nashville-based songwriter Kate Kelly had songs taken by two separate fake accounts, and was successful in getting the listings removed, only to find the stolen songs still existed on fraudulent playlists the thieves use to rack up spins on the stolen material.

“My songs (and many others artists songs whose were stolen) are still on these fraudulent playlists that are getting hundreds of thousands of streams a day,” Kate Kelly explains. “My info is still on playlists. I have reported these playlists, however they still remain live.”

For example, a playlist called IndieMusic (spotify:playlist:2lU9a5pqE2aQaBebWhqbYq) created by a Spotify user named “Sharon” displays 76 songs from 12 separate accounts Saving Country Music has confirmed are fake. Racking up fake spins using these playlists is how the fraudsters are making revenue. Kate Kelly was able to identify six total fake playlists, all populated with songs stolen from herself and others that are still live through the Spotify format, even though the fake accounts themselves have been publicly removed.

One silver lining is that some of the artists who had their works stolen are actually being given credit for the manufactured streams. Though the number is small, a few of the stolen tracks have synced up with the original tracks in the streaming system, and given credit to the original composer both in spins and revenue. Though it’s still under investigation why these certain artists and tracks are benefiting from the theft while most others aren’t, it could be due to these songs and artists having publishing deals that give their music greater protection and oversight in the streaming markets.

“Monday, I discovered that 2 of my recordings were stolen, gaining 88k+ plays on Spotify,” songwriter and performer Audrey Bussanich said. “But plot twist. I benefited from the theft when the fake account was removed and I was credited for their streams. It wouldn’t have happened without the copyright and BMI. So artists: Protect your work so that you can create stuff worth stealing.”

The lesson for artists here is that publishing your work to streaming networks is not enough to protect you from intellectual property theft. Attaining copyrights or working with a publisher is a better way to protect yourself from fraudulent activity, even if it doesn’t prevent it.

Nonetheless, scores of artists have had their songs stolen to siphon revenue from streaming services with no course of action through a professional music publisher. DistroKid has access to the data of where the money is being deposited for the stolen songs, which could be used to trace back to the song thieves if they so chose. But the music distribution company seems to be unwilling to acknowledge the issue, while it is very likely further undiscovered fake accounts are continuing to rack up fraudulent streams, new fake accounts continue to be uploaded with stolen songs, and even fake artists and stolen songs that have been publicly taken down are continuing to generate revenue through fraudulent playlists.

Saving Country Music will continue to investigate this matter and attempt to get DistroKid and the streaming services to address it. Meanwhile, if you’re an artist that had songs stolen, you are encouraged to reach out to DistroKid directly at support@distrokid.com to request the songs be removed. If you want to see if your music has been affected in the song theft, check out Sweeping Stream Song Theft: The Data.

PLEASE NOTE: Your songs can be stolen even if you did not use DistroKid to distribute your music originally. Whether they were uploaded via TuneCore, CD Baby, a professional publisher, or any other service is inconsequential. It’s the thieves that are using DistroKid specifically to have the stolen songs redistributed.

Saving Country Music has finally received a response from DistroKid:

Thanks for writing. We are aware of this issue and we removed the users/albums prior to your message.

DistroKid has recently launched an industry-wide solution to solve the issue of leaks. Please see https://distrolock.com

If an artist wants to stop their music from leaking, they should first register their music with DistroLock. It’s free, and will block the music from being distributed by DistroKid and other participating services. No more leaks.

Thanks again for writing about this important issue.