“Tailgate” is RaeLynn Heading in the Wrong Direction 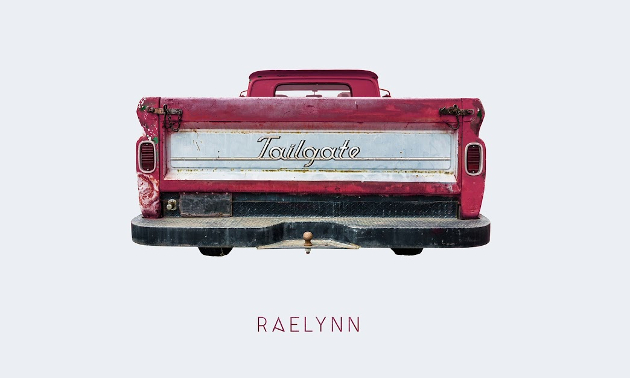 What we need in country music is more gender equality dammit. It is sexist that only bros have been able to reap the rewards of Bro-Country over the last half decade. We’re all tired of the men of country objectifying women. After all, it’s 2018. And so it’s about damn time that the women of country music were given the same equal opportunity as the men to objectify themselves in songs with lyrics about tailgates and dirt roads that drop the names of domestic-made full size pickup trucks.

Let’s give Raelynn credit for her leadership and bravery here. Why outsource for some hussies in daisy dukes to dance in the bed of a pickup truck in a music video and clank red solo cups around a bonfire on a backroad when you can do it yourself while singing lines like, “Slippin’ off clothes, and nobody knows…”

Written by none other than Bro-Country Godfather Tyler Hubbard of Florida Georgia Line, along with mainstream country also-ran Canaan Smith, and Cory Crowder, “Tailgate” is about as terrible as you conceive simply from seeing the title, and should be put in the pantheon of songs like Maggie Rose’s “Girl In You Truck Song” for slavish and naked attempts to exploit the Bro-Country trend by a woman. Unfortunately for Maggie Rose, that song skidded off in the ditch, and unfortunately for Raelynn, the sway of Bro-Country upon the pliable mind of mainstream country music fan has long since come and gone.

The biased embeds in mainstream country media will all talk about “empowerment” when it comes to this song (like they do about every song from a woman), and how it breaks down boundaries because it features a women speaking about her own sexuality. And rest assured if you show any concern for this song, it will be cast off as you demeaning women. But trust me, the only reason a woman is singing this song is because when Tyler Hubbard wanted to record it for Florida Georgia Line, the label heads said, “Eh, not the right environment right now.” But from a woman’s perspective, the #MeToo implications are insulated. Leave it to Music Row to not let a bad song go to waste.

It’s not even that the premise of “Tailgate” is terrible on the surface, or that the song doesn’t have a small element of wit to it, or even that the nostalgia factor won’t score some points with certain people. But yikes, “Tailgate” is so transparently throwing a Hail Mary for radio play here, you almost feel embarrassed for Raelynn. Yes, it would be great to see even a semblance of gender balance return to the country radio dial, but not by trying to beat the bros at their own game, and while someone like Tyler Hubbard who got us into this mess in the first place is pocketing mailbox money from it via songwriting credits.

Raelynn is far from the worst the mainstream has to offer, but this song (and video) is by far the worst offering from her career. Quit trying to court the mainstream with a strategy that won’t be effective anyway. Sing your songs, in your style, like “Love Triangle,” which did surprisingly well for an under-the-radar artist singing about serious, heady subject matter. Showcase what makes you different, better, and more special than the bros instead of stooping to their level. Secure your own fan base by delivering substance as opposed to reaching for radio superstardom. Otherwise you might end up just being another girl in daisy dukes dancing on a tailgate, as opposed to singing your own song with the audience starring you straight in the eyes.