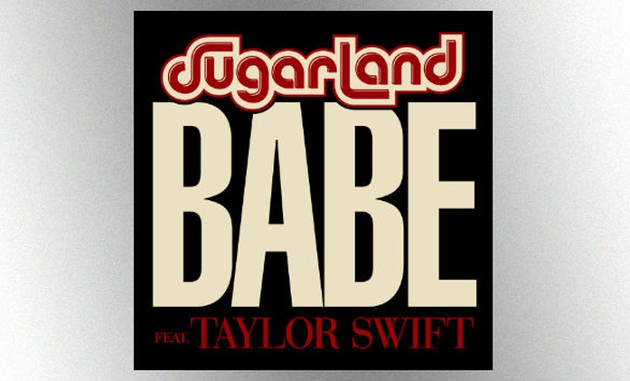 Like a bad 80’s sitcom or movie franchise that was canceled for all the right reasons and rebooted for all the wrong ones, here comes Sugarland once again after a glorious six year hiatus where we didn’t have to hear the oversinging of Jennifer Nettles, or be reminded of fatalities caused by collapsing stage works or disappearing third members because they don’t fit the “profile” of country pop.

Just like Lady Antebellum, Sugarland should have been relegated to the graveyard of failed country music franchises, if for no other reason than the respective members were actually much better in their off season solo projects than the sum of their parts ever were together. But in an industry that is empty of new ideas and interested in squeezing money from whatever crevice possible, no franchise is off the table for resurrection if the financials makes sense on spreadsheets.

Taylor Swift is the only reason we’re even paying attention to this new song, and the only reason Sugarland was able to line up Taylor Swift is because they recently signed up Swift’s label Big Machine. Ol’ Scott Borchetta saw how much money Little Big Town was culling from the public and how many awards they’re winning, and decided he need his own gaggle of second wind 40-something has-been’s in his barn, and miraculously Sugarland 2.0 was birthed.

Saddling up Little Big Town with Taylor Swift landed Little Big Town a #1 song, multiple nominations for CMAs and ACMs, and a Grammy win. And as we know, mainstream country is a copycat business, and here some four years after Taylor Swift told country to take a hike, the genre still can’t get off the Taylor Swift sauce. Problem is, Swift herself is having problems placing songs in the charts these days, or filling out the seats of her stadium tour. She might need Sugarland as much as Sugarland needs her at present since everything in popular music now is shifting towards 17-year-old Soundcloud rappers with veiny penises tattooed on their foreheads.

At this point, Sugarland is the musical equivalent of mom rock. With the rabid attention towards youth permeating Music Row, and every generic swinging dick bastard blowing in from the Midwest with a 7-inch faux hawk scoring multiple #1’s, you have to throw a Hail Mary to get anyone’s attention. Taking a pet name and trying to flesh it into a pop country song is a fun writing exercise, but “Babe” renders itself pretty generic and mild. Sure, if it hits your ears in the midst of a breakup, perhaps it will mean something more, but ultimately this song relies on Taylor Swift, Taylor Swift, and Taylor Swift to steal anyone’s attention. Did we mention Taylor Swift is on the track?

All Swift does is sing a couple of lines into a cued up microphone, and then some nerd behind an iMac cut and pasted her part into the project, annoyingly deciding to vacillate Swift’s voice from the left to the right speaker like this is the introduction to Aerosmith’s “Dude (Looks Like a Lady)” in 1987 or some shit. But rest assured, it will probably score Sugarland every single “Vocal Collaboration” award in country music for the next year, and be Sugarland’s only shimmer of a hope of getting radio to pay attention to them. After all, collaborating with pop stars is the new secret sauce in country, and folks love to tempt Taylor Swift to show up to awards shows for the ratings.

“Babe FEAT. TAYLOR SWIFT” is fine pop for your freeway commute. Harmless. Its worse offense is that it’s allowed Sugarland from emerge from the country music refuse bin. But hey, maybe it bumps Walker Hayes down a notch in the charts.

People wanted an opinion on this song. So there it is.