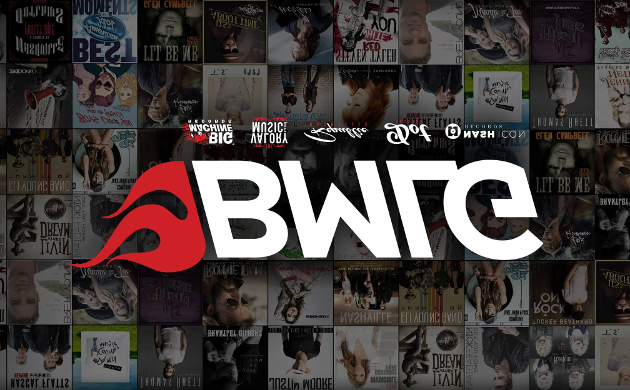 Despite the rumors and speculation, and Saving Country Music once naming him the “Country Music Antichrist,” apparently Scott Borchetta is indeed a mortal after all.

Look, let’s not be alarmist here. The Big Machine Label Group has suffered a number of setbacks recently, and there’s no sugar coating that assessment. But nobody is putting calls into liquidation lawyers. The problem here was pretty simple to see, even without any leaked balance sheets or unnamed sources inside the company: there was too much growth, and too quickly.

We’re still trying to sift out what exactly has happened to the Big Machine Label Group’s Dot Records, which has apparently bit the bullet, though no official word has come down from Big Machine. Perhaps that’s because the label group is not used to delivering bad news since they’ve never really had to before. Launched in 2005 with flagship artist Taylor Swift, Big Machine Records has seen nothing but incredible growth and increasing market share since the very start.

After Swift’s success, Big Machine brought in more artist, and more artists. In 2007, the record label became a label group after launching the Valory Records imprint with artists like Justin Moore and Jewel. Then there was the joint venture with Universal Republic on the label Republic Nashville, which Big Machine later brought under sole ownership in 2016. There was NASH Icon—Big Machine’s joint venture with Cumulus Media meant to give more attention to older artist, and the signing of Reba McEntire, Hank Williams Jr., and Ronnie Dunn. And then came Dot—the home of Steven Tyler, Maddie & Tae, and those who didn’t fit elsewhere.

Both Dot and NASH Icon were launched in 2014. In 2014, Scott Borchetta though he was invincible, and why wouldn’t he? In 2014, Taylor Swift’s 1989 became the biggest blockbuster record in modern music history. The next year he was mentoring on American Idol, and all of a sudden was a household name. He was opening boutique shops in downtown Nashville for his “Music Has Value” fashion brand. Scott Borchetta was ubiquitous. But the problem was, he wasn’t omnipresent.

And so the bad signings and the failed releases began to pile up. Details went overlooked, releases went under-promoted, and there weren’t enough hours in the day to keep up. Was it really worth all the manpower to put out a country-themed Mötley Crüe tribute record in 2014? Remember Borchetta was running around, flipping the bird at cameras with Nikki Sixx and the boys? The next year he signs Steven Tyler to a country record deal, which turned out to be an incredible disaster, despite the money spent on numerous radio singles, and trying to fit the square Steven Tyler in to the round hole of country. Not enough ink has been expended on that embarrassment. It was like Scott Borchetta was trying to relive his halcyon hair metal days though his label, and nobody was willing to criticize the emperor’s new “Music Has Value” clothes.

And whoever thought that any venture with Cumulus Media—which was so underwater in red ink at the time of the deal—would every positively pay off? 18 months after launching NASH Icon, Lew and John Dickey were out at Cumulus, the radio company was in court with creditors, and stocks were at $0.76 a share, threatening to be delisted by the exchanges. Billionaire Mark Cuban loves to say if you don’t see the sucker in the room, the sucker is you. Apparently, Scott Borchetta didn’t see the sucker.

But who can blame Borchetta for thinking he had the Midas touch? For so many years, he did. Taylor Swift, Florida Georgia Line’s massive single “Cruise” and the rise of Bro-Country—Scott Borchetta had been right way more than he’d been wrong. But how often does arrogance begin to blind the human once they’re on a winning streak? Maddie & Tae had a massive single, but was it really worth a major label deal? Whatever happened with Craig Wayne Boyd? Or La’Porshe Renae who was signed to Big Machine for being the runner up on the final season of American Idol?

At some point, it was time to start reigning it all in, and credit to Scott Borchetta for clearly seeing that. Will anybody blame him for cutting bait with The Band Perry now? Or how about another rocker gone country in Aaron Lewis, who along with Steven Tyler seems to have a uncertain fate in the demise of Dot? It just got to be too many artist, too many projects, and too many tentacles. We say it all the time that part of the problem with today’s country environment is there’s only so many spots at the very top, and a ton of names to fill them. In the world of major labels, if you’re not selling out arenas, you’re losing money. It’s the yoke of the 360 deal.

The signs that something may be wrong with Big Machine started in November at the 2016 CMA Awards. The loss by Florida-Georgia Line for Vocal Duo was such a shock, it seemed to speak to the devaluing of the act and Big Machine’s sway in the bigger market. Then the label lost one of its biggest success stories in recent memory in Tim McGraw. As Saving Country Music said at the time, the loss of McGraw to Sony was surprising. Looking back now, it foretold of the troubles adding up. Big Machine had bit off too much and wasn’t just bungling developing talent, they were losing established talent too.

And let’s not gloss over the financial impact of Taylor Swift skipping an extra year between album cycles. Big Machine may not be cash strapped, but they certainly would be more flush if Swift had dealt a new record last November like she normally does every other year. When Borchetta decided not to sell the label group to a bigger company, and instead re uped their distribution deal with Universal Music Group last summer, it meant they would need to run a tighter ship, and not splurge on boutique hair metal projects, or long shot prospects in a crowded and competitive country field.

The market is shifting, and so is Big Machine. Scott Borchetta may have to fess up to some mistakes, but he’s nothing if he isn’t savvy. The signing of Midland by Big Machine foretells how the mainstream is looking to at least put some money on the rising tide of Americana. Big Machine’s Thomas Rhett is graduating to arenas. Taylor Swift will more than likely have a new album next year. And Big Machine has launched a new video format to aggressively move into the emerging multimedia space.

So isolate the infection in Dot, move Drake White and Tucker Beathard to other imprints, and then amputate. Maybe that leaves Maddie & Tae holding the bag unfairly, but they’re smart girls. They’ll land on their feet somewhere. And though wounded, Scott Borchetta will continued to be feared and respected on Music Row. After all, he didn’t earn the title of “Country Music Antichrist” for nothing.