The Best Country Songs of 2015 So Far 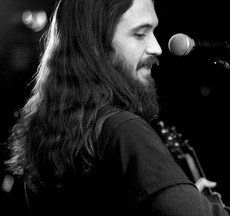 Being willing to see where a song takes you is at the heart of every music lover, and in this spirit I present eleven hand selected songs released in the first half of 2015 that will hopefully take you someplace you want to be, or somewhere you’ve never been before. This is the cream of the crop in my opinion; the gut punchers not for the faint of heart.

PLEASE NOTE: “Best Songs” are not always those catchy tunes you can’t take off of repeat, they are songs that can change your life. We’re talking legitimate Song of the Year candidates here. No order to the list below was intended or should be implied. Please feel free to leave your opinions and suggestions about what the best songs of 2015 so far are down below.

Charlie Parr – “Over the Red Cedar”

Master of songcraft Charlie Parr has penned some dandies over his illustrious period in the trenches of blues music, but maybe none that resonates so timelessly. “Over The Red Cedar” is pure wisdom.

Many songs could have been picked from the choir that is Moreland’s excellent songwriting effort High on Tulsa Heat, but the imagery of “American Flags in Black & White” is what sets this entry apart.

Officially released in 2014, but climbing to prominence in 2015, this is a very strong candidate for Song of the Year.

This is a songwriter’s song first and foremost, penned by Paslay and Jennifer Wayne from the group Stealing Angels. How the perspective of the song shifts at the end to go from a song focused on either the girl herself, or a man who may find himself enamored with her, to a song about heartbreak and loss is the type of dedication to songcraft we just don’t see anymore from really any sector of the music world. The timing of the final words creates such an aching environment rife with anticipation and tension, and the way Paisley allows you to realize where the story is going before it goes there is downright sinister.

It’s one thing to write and record a song like this. It’s another to see it ultimately be successful. (read full review)

I admit this song reminds me some of Johnny Cash’s “Highway Patrolman” written by Bruce Springsteen, but that is not necessarily a bad thing. Storyteller songs are so unfortunately overlooked these days, but they can hold a lasting value like “David.” Haunting and beautiful, this is the kind of song we need more of in country music.

Love & Theft – “Whiskey On My Breath”

Another mainstream entry, this song has been picked up by Nashville promotional outfit Thirty Tigers (Sturgill Simpson, Jason Isbell, so many more) to be promoted to mainstream country radio. An underdog worth rooting for.

Co-written by Stephen Barker Liles and Eric Gunderson of Love and Theft with Trent Tomlinson, Russell Dickerson, Adam Craig and Mark McGuinn, the song takes almost the exact opposite approach of the modern day country song by instead of glorifying the party lifestyle, representing the other side of the coin in more of a cautionary tale. It’s fair to call it a religious song, but the contriteness and real life narrative grounds “Whiskey In My Breath” in more of a universally-resonating sentiment, impacting the listener no matter what their religious affiliation happens to be. (read full review)

“Then Justin Townes Earle hits you with ‘Day and Night,’ maybe his magnum songwriting opus, or at least it should be considered in that company from his body of work. The less Justin Townes Earle does in a song, the better the music gets. Sure you have to have some songs help cleanse the palette with a full band experience, and set the contrast for the quieter moments. But alone or with a lone accompaniment is where he positively shines.”

One of the strongest mainstream entries for 2015 so far. It’s a Ram truck commercial and Miranda Lambert, but hey, it’s quite refreshing.

What’s so great about this song is summed up in the “I’ve got roots, I’ve got wings,” lyrical hook. Such a simple country song sentiment, but one we surprisingly haven’t really heard before, especially in this type of context. This is what country music is supposed to be all about: deep feelings simply stated. The verses also rise to support the idea of being both grounded in who you are, yet allowed to soar in life by following your dreams. On paper all of this may seem a little hokey, but that’s not the way “Roots & Wings” comes across at all. Miranda’s delivery is strong, and not too twangy or attitude-driven which can sometimes taint her music.

Normally such an obvious cover wouldn’t be considered for this distinction. But when it’s as good as this, why not? Last year it was another Townes Van Zandt cover from Don Williams that was considered. Great songwriting never rusts.

He gives his renditions the “Whitey treatment” like nobody else can … Expansive, epic, dynamic, and moving, Whitey Morgan and the 78’s really delve into the spirit of the song and make it sound new. (read full review)

Lee Ann Womack – “Send It On Down” (Chris Knight)

When Lee Ann Womack set out to construct her 2014 album The Way I’m Livin’, she went looking for songs that weren’t written by committee as is the norm in Nashville these days, but songs that originated from one person going through a human experience who then shared that experience through song. Such a search if it was to be thorough and prudent would almost invariably involve Chris Knight, who though maybe not a name familiar to the teeming masses, is like a golden goose amidst the right songwriting circles, and amongst his many loyal independent fans who know him as a songwriter who can take the most simple sentiments and make them sound like Shakespeare. (read full review)

Not traditional Song of the Year material, but still exquisitely-written, and one hell of a good time.