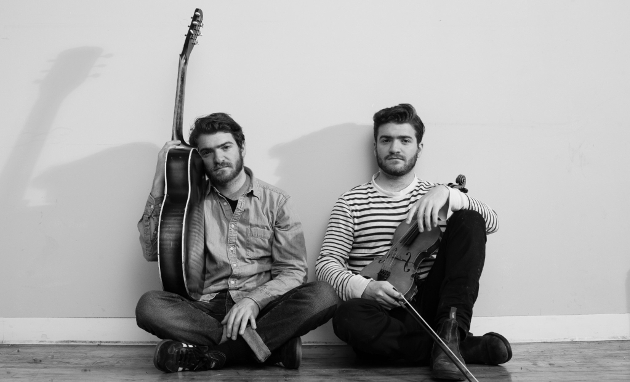 We are missing out on the original magic of music, and it’s our own damn fault. By demanding endless access to music in both on-demand inventory and limitless mobile accessibility, we’ve lost touch with how precious of an intellectual commodity music truly is. In previous eras, you experienced that adrenaline rush as your favorite song came on the radio, or you tore off the cellophane of an LP or CD, and wrestled with that stupid little piece of theft-preventing tape running the spine of a jewel case that never peeled off properly. Now, you can’t even give your old CDs away at a garage sale.

With so much access to music, we’re missing out on how it used to take six or seven trips through a record before you really “got” it. We’re missing how you may only have enough money for one, maybe two albums a month, and had to feed off of them until the next allowance or payday, or would head over to your friend’s house simply to listen to a record or song they had, and you didn’t. Even if you didn’t love a record, you still liked it, found the beauty in it, marveled at its creation and the artwork it was enveloped in. It was a trip to a world away from the one you lived in.

Today the world is so busy, and we’re so over-served with information and entertainment, we don’t have the time to truly regard or appreciate anything. Even if we love an album we may forget about it the next day. We’ve run out of bandwidth. Recorded music is no longer something to sit down and ingest in an active and dedicated manner where we can let the waves of magic overtake us in brilliant swells of imagination. Music is background noise and a passive distraction, while those moments of sheer, pulsating magic we experienced during adolescence and early adulthood become faded memories in the endless march of efficiency and priority.

In this musical environment, it’s rare to impossible to discover anything that allows you to unlock that original allure of music; something that makes you slow down to listen, and salivate for the next time you get to spend within its audience to the point where you plan an evening around it, prioritize other things beneath it, and blow off other obligations for it.

Enter the world of The Brother Brothers. Identical twins Adam and David Moss have done something that is not just remarkable in roots music, but in modern music in all its incarnations. They have re-connected with that original magic that compels you to stop, take a deep breath, shove everything else to the side, and truly give yourself to a listening experience. Where most modern music is getting louder to command your attention in a distracting world—ripping through torrents of rhythmical stunts and layers of production to vie for your attention—The Brother Brothers work across the grain, stripping it all back, slowing it all down, exposing the bones and roots of sound and story, demanding you lean in to listen, and compelling you to clear your mind to focus lest you miss a single moment of the magic they conjure. 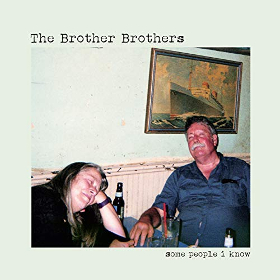 In a word, the Brother Brothers’ debut full-length album Some People I Know is astounding, and only short of declaring a masterpiece because time must be allowed to give its own fair judgement upon a given work of music before settling on such significant praise. Some People I Know certainly leans in the direction of highly-crowned company though, spellbinding with the purity it conveys, cunning in the attention it commands, and generous with the welling emotions it inspires in an audience.

The best of music must be grounded in an authenticity, not measured necessarily by genre or circumstance, but in the sincerity of its expressions. The Brother Brothers are not country, and they’re not bluegrass. A particular song on this record (“In The Nighttime”) is as close as they’ll ever come to either, but instead of being an effort at inclusion or acceptance within these most commercially applicable versions of roots music, it’s almost like a parody, like “You want us to be a stereotypical modern string band? Here you go. Now leave us the alone to do our thing.”

The Brother Brothers’ thing is a sincere and strikingly relevant version of folk music tied straight to the classic American sounds harbored by the original musicians in New York’s Greenwich Village, not far from Adam and David’s home in Brooklyn. Yes, there are many acts who could battle for consideration as the modern Simon & Garfunkel. But only The Brother Brothers fit that description so strikingly that goosebumps swell on the skin. At the same time, the advantageous, almost unfair ascendancy the duo captures as identical twins gives them the dexterity and appeal to transcend any specific comparison to predecessors or contemporaries, geographical scenes, or even genres. The Brother Brothers deserve their own phylum upon an advanced musical strain not yet categorized on the roots music family tree. They are the true sound of roots music evolving.

It’s so tempting as a musician today to be swayed from your original purpose, and the genius of your purest expressions that come bursting out when you’re in clear audience with yourself. Artists often get swept up in pursuing acceptance from creative peers, following the trends of modern expressions, or bucking preconceived notions of themselves under the often careless notion of reinvention. On The Brother Brothers’ Tugboats EP that preceded this new record, the pair laid out the perfect plan to do something unique yet classic, and didn’t allow themselves to be swayed from that purpose when they were signed to Compass Records. They didn’t get swept up in adding layers of instrumentation, bringing in horn sections (though “The Gambler” places the most exquisite and delicate saxophone), or work to separate themselves from the herd. Their ultimate purpose was to capture the true essence of themselves.

As multi-instrumentalists with incredibly careful ears, each song on Some People I Know is delicately crafted. There is no conflict, no compromise within this music whatsoever. The twin telepathy, the eternally-similar life stamp makes each song, each expression seamless. There are other twin singers, and sparsity itself is not expressly rare in modern music. It’s the mixture of the perfect singing pair, along with a vision of what to do with such a gift, and the proficiency and skill to see that vision through that makes The Brother Brothers something to behold.

And what The Brother Brothers accomplish here should not be just for roots music aficionados, but anyone who values being in the audience of breathtakingly pure expressions, so pristine and aerial it feels like a feather could harm it, yet it could hush a thunderstorm, and causes the internal voices and outside noise ever-presently swirling in the modern human brain to finally stifle, leaving you wholly in the audience of one thing, consecrated and purified, free from distraction and priority, and enjoying the simple heartfelt expression of another human. Or in this case, two of them.