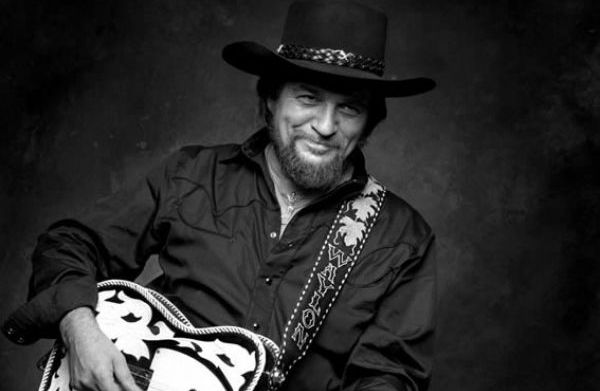 Towards the tail end of Waylon’s life, he was known for being quite the cantankerous fellow. For example, in September of 1998, Jennings was scheduled to appear on the Late Late Show hosted by Tom Snyder. Going into the taping, Waylon was already a little bit sideways with the situation because he thought he deserved a full hour slot, but instead the show’s producers had him sharing the show with Dr. Laura. When Dr. Laura’s segment began to eat into Waylon’s portion of the show, he walked off the set, leaving Tom Snyder hanging for the last 17 minutes of the program with no guest.

At the time, Waylon Jennings was not in the best of physical health. He was suffering from heart and back problems, and diabetes gave him issues with his feet and hands. Doctors had told him in 1998 to quit touring, and he sold off much of his equipment. When he did perform, Waylon was forced to sit on a stool, unable to stand for the two hours of a show. But that didn’t stop him from pulling off on of the most unusual table turns in entertainment history, which occurred 20 years ago this week.

One of Waylon’s biggest pet peeves at the time was how buses full of tourists on guided tours of Nashville would stop in front of his driveway and take hundreds of photos a day of his private residence. The situation came to a fevered pitch on June 5th, 1999 while Waylon and Andy Griggs were in his home trying to write songs together. Unable to focus on the music from the tourist buses constantly pulling up to the foot of the driveway, Waylon decided to do something about it. “The more mad he got, the more I egged him on,” Griggs later said about the incident.

But Waylon didn’t pull out a shotgun to chase the the tourists off, or flip the bird at the flashbulbs as they invaded his privacy. Instead he hatched a plan to turn the tables on the tourists—something he’d been scheming to do in his head for a while, but he couldn’t find anyone else to help him as a willing accomplice. ″[Andy Griggs] is the one guy that would do it with me. Johnny Cash wouldn’t even do it,” Waylon said at the time.

So what exactly did Waylon do? He and Andy Griggs jumped into Waylon’s gold-trimmed black Cadillac, and armed with an arsenal of disposable cameras, they went “tourist hunting” as it would later be coined. For over two hours, Waylon and Andy Griggs drove around ambushing and pulling over tourist buses on the streets of Nashville, barging on board like a couple of old train robbers, and taking rapid fire pictures of unsuspecting and shocked tourists as they sat in their seats. As soon as the pair of country singers had bagged all the tourists on a given bus, they would move on to another, hunting a total of seven buses full of tourists that day before retiring back to Waylon’s residence grinning from ear to ear.

Waylon may have been in poor health, but he never lost his Outlaw attitude, or his sense of humor. Many got a photo of Waylon’s home in Nashville over the years, but only a few lucky tourists can brag Waylon got a photo of them.

Waylon Jennings died on February 13th, 2002 due to complications with diabetes.