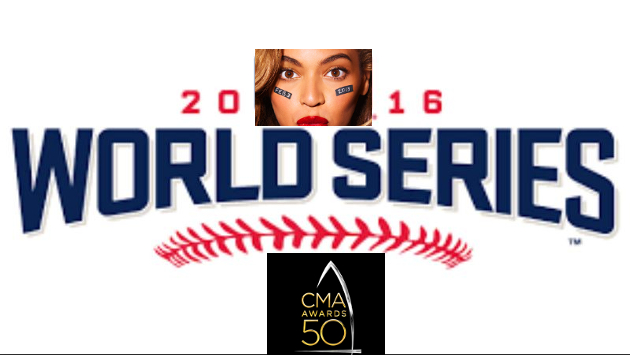 For the last six months the Country Music Association has been meticulously planning their controlled explosion of anticipation, excitement, and hopefully, attention that is set to go off Wednesday, November 2nd during the celebration of 50 years of their annual awards show. And most certainly, many tried and true country fans will be tuning in from all over the country to participate in this milestone event, especially after the CMA’s announced an incredible lineup of country music legends who are usually left on the sidelines for such events.

Charley Pride, George Strait, Vince Gill, Charlie Daniels, Randy Travis, Ricky Skaggs, Roy Clark, Dwight Yoakam, and Alan Jackson are just some of the names that for years were excluded from country music’s mainstream award shows that were asked to participate this year, while a newer performer, Chris Stapleton, who is beloved by many of country music’s more traditional and independently-minded fans, is up for numerous prizes on the night, including Entertainer of the Year, and walked away with the first pre-telecast award for Video of the Year for his effort, “Fire Away.”

But all of this seems like an afterthought in the gigantic shadow being cast Wednesday evening as the Chicago Cubs and Cleveland Indians face off in one of the most historic Game 7 World Series games in the last century. With both teams looking to end record-breaking World Series droughts, and the underdog story of the Cubs sweeping up the nation in baseball fever, there is little attention left for whatever the CMA’s have planned. And frankly, there shouldn’t be. Sure, some female television watchers may prefer the CMA’s over any baseball game, but the flotsam and jetsam viewer that the CMA’s need to lure in to justify all their efforts to make the 50th Annual awards the “biggest night in country history” will just not be there.

But late Wednesday, the CMA’s played a wild card that they hope will help their chances. Announced last minute, pop diva Beyonce will be performing on the show with the help of The Dixie Chicks. But instead of this bringing more attention to many of the country legends and new stars who will be in attendance, the star power of Queen Bea could very well upstage the other performers.

It also rips open an old wound in country caused by the calling of Beyonce’s song “Daddy Lessons” a country song, which had even the disparate outlets of Saving Country Music and CMT coming together in agreement there was nothing country about it. Meanwhile outlets such as the Associated Press put the bug out there that Queen Bea should be considered to be nominated and even perhaps win at these very CMA Awards due to her efforts with “Daddy Lessons.” And when she wasn’t nominated, cries of racism and other ridiculous notions were forwarded by entertainment media that only knows about country music from the outside looking in. And that’s not even beginning to branch the hot button issue of the Dixie Chicks in country, their whole blackballing back in the early 2000’s, and how how they will be received by the currently politically-incited American public.

It all has become a perfect storm to make a true country music fan want avoid the whole thing, especially when you have a one-in-a-lifetime baseball game as an alternative. Sure, it would be cool to see some country legends, but how much face time can we really expect them to get, and do you really want to suffer through Luke Bryan to do so?

All of a sudden what felt like a massive event a few weeks ago now feels deflating, while there is a very real concern that low ratings will be translated by the CMA’s as a sign that nobody wants to see the older performers they booked. Ironically, the Beyonce announcement will seal the deal for many older country fans to change the dial.

Much is still left to be decided. Will Beyonce offer a serious enough boost for the CMA’s to compete? Will Chris Stapleton win the CMA for Entertainer of the Year, keeping his fairy tale story alive? Will enough people DVR the CMA’s to at least keep the numbers respectable? Time will tell, but most of the momentum built up by the CMA’s for the last six months seems to have evaporated in the last 12 hours, with Beyonce arguably hurting just as much as helping in the minds of many of the older country fans the CMA’s were looking to court.

During or after the World Series, feel free to stop by Saving Country Music’s LIVE blog to stay up with the action.