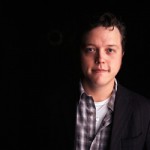 This weekend, former guitarist for the Drive By Truckers and current solo artist Jason Isbell accused Dierks Bentley of ripping off his song “In A Razor Town” through his Twitter feed. “‘Dierks’ has officially ripped off my song ‘In A Razor Town.'” Isbell fired off on Friday. “Dierks is a douchebag. The song of Dierks is called ‘Home.'” Dierks defended himself and the song’s co-writer Dan Wilson by referring to an interview with Dan from ASCAP about the writing of the song. El Trash seems to think the Dierks camp ripped off Matt King as well.

So now what happens is people break to whatever side they were predisposed to break to according to their fandom affiliation with either Isbell or Bentley, and I guess since I run a website called “Saving Country Music”, I am obligated to post an article about it, while the rest of folks listen hard to subtleties in YouTube videos to see if they can rule one way or another.

The simple fact is that songs get ripped off all the time, and artists accuse each of ripping off songs all the time, but when you break it all down there is an actual hard science that goes into determining if a song was ripped off or not that is used by the only entity whose opinion truly matters: the courts. When you take a song and write out the notes and rhythms and chords, either they match up, or they don’t. Even then, sometimes the similarities are coincidental, or too subtle to to judge. Or maybe the reason the two songs are similar is because they both ripped off another song with a similar structure, or because that is a popular structure for songs currently.

I can’t help but think back to the situation surrounding Old Crow Medicine Show’s unbelievably overplayed but nonetheless catchy song “Wagon Wheel”. Old Crow’s Ketch Secor admits he took the chorus of the song from an old unfinished Dylan outtake and really only fessed up to it when he went to copyright the song in 2003 after already putting it on an EP and playing it for years. However Dylan was cool about it. They both are now credited as songwriters on the track, and the song has gone to become the new “Free Bird”, guaranteed to whip all of our asses to infinity by being massively overplayed for years to come. I also think back to the Gretchen Wilson/Black Crows brushup a few years back, where the Robinson brothers ended up being credited as songwriters on “Work Hard, Play Harder” in a feud that was handled rather privately.

As I’ve been saying for years, there is too much music, and these songwriting feuds are just a symptom of it. I guess some people fancy Jason Isbell as an independent artist, and Dierks Bentley as a mainstream artist, but as the songs and the conflict illustrate, their sounds are very similar, which begs the question, why do we need both? Is mainstream music mining song ideas and structures from the independent world for use with their franchise entertainers? Well of course they are, it’s been going on for years. Is Dierks Bentley a franchise mainstream country star? It depends on who you talk to. Some people you talk to would say that Isbell is a pretty big franchise as well.

I guess my point is that I’ll wait for the courts to decide, while maybe giving a slight edge to Isbell. But this is only going to become more and more common, and much harder to sort out as every single pattern and possibility of notes and chords gets occupied by the unnecessary amount of songs, albums, and artists out there taking advantage of the Western World’s excessive amount of free time and capitol. There’s plenty of music out there right now to last us until eternity. So write a song to bare your soul, not to meet some predetermined release schedule to keep your career on track, or to live out your American rock n’ roll fantasy. And if you do that, I’d bet dollars to donuts you won’t get accused of getting your roses from another man’s vine, and you’ll have a song that is so wholly original, it is impossible to steal.