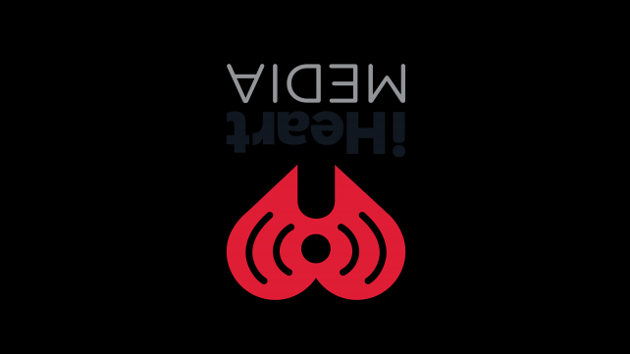 American music radio as it is currently constructed will implode, and likely in the next 12 to 18 months. No amount of headlines and recent news should be needed to influence anyone’s opinion on that. If you’ve been paying attention to the quarterly numbers and outlooks released by America’s two largest radio station owners—iHeartMedia (formerly ClearChannel) and Cumulus—you would know this already. In 2017, American corporate-owned radio is an insolvent, unsuccessful business model, and saddled with insurmountable debt ($20.6 BILLION for iHeartMedia alone). There is no future for this industry, at least not for the two largest companies controlling it at the moment.

You can find much more financial minutia behind this prospectus if you choose to delve deeper, like the fact that Cumulus is constantly facing the specter of being delisted from stock exchanges because the value of the stock is now consistently below $1.00. But rest assured, the outlook is beyond bleak. Saving Country Music has been warning about this for a while. Give Cumulus and iHeartMeida credit for staving off the inevitable as long as they have, but their debt restructurings and asset reallocations are tantamount to rearranging the deck chairs on the Titanic. The iceberg is looming, and it’s only a matter of time. And now according to iHeartMedia, it could be sooner than later.

“Management anticipates that our financial statements to be issued for the three months ended March 31, 2017, will include disclosure indicating there will be substantial doubt as to our ability to continue as a going concern for a period of 12 months following the date the first quarter 2017 financial statements are issued,” iHeartMedia recently disclosed. The company owes $350 million in debt in 2017, and then another $8.3 BILLION in debt in 2018—the result of the company kicking the inevitable can down the road for years. iHeartMedia’s stock has also been decimated, sliding another 12.73% on the recent news to $1.90, and is likely heading to its own delisting woes in the coming months. Bankruptcy is virtually inevitable, even according to the company itself.

But here we are again getting bogged down in the numbers, when the music industry, and country music specifically, shouldn’t be sifting through the embers searching for whatever glimmers of last false hope they can find, it should start visualizing a world where radio as the primary delivery and discovery mechanism for music no longer exists, at least in its current incarnation.

Let’s not be too alarmist here though. iHeartMedia and Cumulus will fail, and this could cause a domino effect across the industry. But that doesn’t mean radio as a medium is completely going away. Even when the biggest companies fail, their portfolios of radio stations and other media assets—which are very heavily weighted in the country music genre—will be auctioned off, reallocated, and end up in someone’s portfolio to be reconstituted as part of whatever America’s radio landscape looks like after the dust has settled.

Despite the bleak outlook, there are some companies such as TownSquare Media and others that are doing okay in radio. Even within the iHeartMedia and Cumulus portfolios are a lot of very successful radio stations, including conservative talk assets like Rush Limbaugh, whose ratings are surprisingly up since the election, and sports talk stations like 1310 The Ticket in Dallas. Morning show host Bobby Bones has been a decently-successful promotion for iHeartMedia, but part of the reason these companies are suffering so greatly is because a few years ago they took a big bet on country music being the cash cow of American popular culture during the height of the Bro-Country craze, and now the genre is coming back to earth. Remember Cumulus Media’s whole NASH idea, where there would be restaurants, furniture, even paint brands targeted to country listeners?

It’s easy to say that radio is just one of many old economy media formats that’s going the way of the dinosaur now that everybody’s focused on video and streaming. Though there is some truth to that, and how the over-the-air audio format can be limiting, look at what is happening with podcasts. Though it is very much a have or have not landscape, with already-established personalities from popular culture finding the best results while others struggle, the time spent by the American consumer listening to podcasts is through the roof in recent years, and climbing incredibly every quarter.

The theory has been that radio is losing listeners because nobody wants to interact with an audio medium anymore, but this doesn’t appear to be the case. The problem with radio lies more in how nationally-focused programming and syndication has made it homogenized and unappealing on a local level. Radio lost its connection with the listener through personalities, and that’s what listeners find when the pull up their favorite podcast. Streaming obviously is also a huge player, and along with Spotify, SiriusXM and Pandora offer better alternatives to radio that still feel similar since songs are still chosen for the listener. Newspapers were facing implosion, but many local communities rallied around them because they saw them as delivering a necessary function to localities. Since radio no longer does that for many markets, it’s seen as superfluous. Folks rally to save their local newspapers and libraries, even though their efficacy is questionable in the internet age. But with radio, many people’s reaction is, “good riddance.”

But herein lies the problem for the country music industry: Mainstream country music is tied to the hip of mainstream radio as its primary source for getting music to people. Virtually everything that is done in the country music mainstream is predicated on country radio playing ball. Every song, every album, even every live tour is tied to how singles are served to radio, and how the medium serves as a promotional tool. If an artist is successful without radio in the mainstream, like Chris Stapleton for example, it is an incredible outlier and anomaly, and the industry has no idea what to do with that artist, evidenced by Stapleton’s current album release cycle.

When, not if, but when the current American radio landscape as it’s currently constructed implodes—which iHeartMedia itself is now predicting will be in the next 12 months—this could have diabolical ramifications on the country music industry because of its cozy, symbiotic relationship with radio. Yet there seems to be no cause for concern from anyone in the country industry, just like radio seemed to be quite happy to bury their head in the sand for the last six or so years, resturcturing debt, and assuring themselves that things like the iHeartMedia app or the NASH brand would pull their bacon out of the fire.

As outmoded and slow to evolve as American radio seems to be, so is the country music industry. Look at all of country music’s industry periodicals, things such as Billboard Country Update, and Country Aircheck. Though they include a lot of great information, they’re still delivered via PDF, like it’s 2003. The reason they do this is not just because these periodicals have been lost in time and seem uninterested in contemporizing, it’s because their counterparts in the country industry are still more comfortable accessing this archaic format than they are newer forms of communication. Even radio industry websites like All Access feel like their stuck in decades-old versions of the internet, with popup windows and discontinued syntax.

A lot of people would gleefully praise the implosion of the American radio industry and mainstream country music along with it. Perhaps that type of wholesale deconstruction is just what radio and country music needs to finally evolve and reconnect with what consumers actually want. As much as critics love to sell country radio as something that appeals to the widest possible audience and the lowest common denominator regardless of quality, the simple fact is American country radio is now niche programming, specifically slated to a type of super consumer who is obsessed with corporate beer and brand new trucks. They hear a song about drinking beer on a tailgate, and then the commercial comes on selling beer and trucks. It’s a perfect relationship for certain sponsors, but the amount of listeners who still don’t know about the astounding amount of alternatives to radio continues to dwindle.

Country music has 12 months or less to figure out how they will manage in the post radio world. There is no more kicking the can down the road. It can use this opportunity to set up tools and channels to engage the listening consumer in new, exciting ways, and to understand what listeners truly want to hear as opposed to delegating to them what they hear from on high. It can open up the possibilities of new sounds, and new personalities, and perhaps even more equality in playlists. Or it can be a calamitous moment where Music Row loses its only way to reach out to its audience without any Plan B in place. Radio can even still be part of that plan. It just can’t be the only plan.

The clock is now ticking.