“There are a lot of similarities between punk and old-time music. Both are home-brewed music as opposed to schooled, and both have an earthy energy. And anybody can pick up an instrument and start playing.” 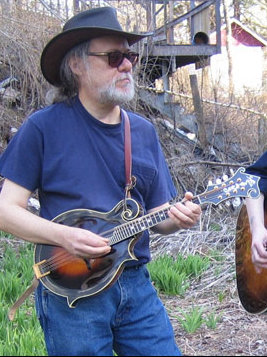 Today the punk world lost a titan when Tommy Ramone passed away after a fight with bile duct Cancer at the age of 62. Tommy was the last surviving member of the influential punk band The Ramones. Acting as the band’s drummer, he also was the producer for the band, and after leaving The Ramones after their third album, Tommy continued to produce the band’s albums, and went on to produce many other influential punk albums of the era, playing a key role in the punk movement off the stage in many different capacities.

Tommy Ramone was one of these “jack of all trades” guys that would do whatever it took to get the music out to the people. But what a lot of people didn’t know is that Tommy also had a sincere passion for old-time country and bluegrass music, and pursued it heavily later in life.

In the mid 2000’s, Tommy Ramone formed an old-time band with Claudia Tienan of the band The Simplistics called Uncle Monk. They released a self-titled album in March of 2006, and did numerous shows and tours around the country. Tommy played mandolin and some banjo, and in the old-school style, would lean into the microphone for solos instead of playing through a pickup. They would cover The Carter Family and other greats of country and bluegrass music’s past.

“Dee Dee always liked what we now call Americana, and Joey, too, to a lesser degree,” Tommy once told The Phoenix about his punk-playing brothers. “And Johnny was a huge fan of the early, more folk-oriented Bob Dylan. We had many different influences in our music.”

“They’re very similar structurally, lyrically and emotionally,” Tommy once told The Pitch about punk and bluegrass. “I used to listen to old-time music, even before I was … “

Tommy was also quick to explain that what he was doing was not true bluegrass, out of respect for the discipline. “I want to make clear is that Uncle Monk is not a traditional bluegrass act. We are an indie-acoustic duo that has been influenced by bluegrass and old-time music as well as alternative and Americana.”

Uncle Monk was working on their second album when Tommy’s Cancer sidelined him. He also worked with songwriter Chris Castle at the Levon Helm Studios on Castle’s 2011 album Last Bird Home. Uncle Monk also played at the legendary Bluebird Cafe in Nashville, and on Music City Roots during their run.