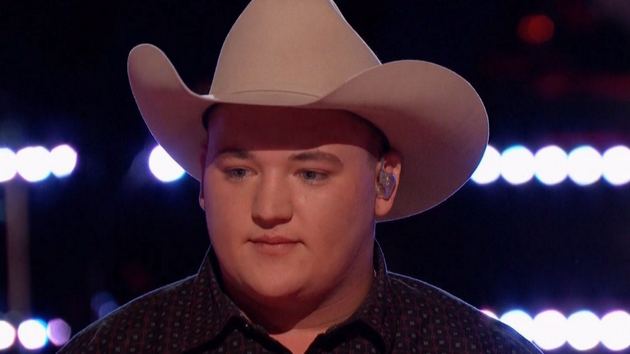 Ever since reality TV singing competition contestants became a thing in the music world, there’s been a lot of false starts, failed attempts, and superficial entries into the traditional country realm that looked promising at the beginning, but for one reason or another, never really panned out. Remember Jason “Wolf” Hamlin from American Idol with his Wolverine haircut and hand-me-down “guit-fiddle” singing “Folsom Prison Blues?” I’m afraid to admit I do. His recent album actually isn’t half bad, but it’s not like his national TV appearance landed him a development deal on a major label and packed clubs on regional tours.

Then there’s former American Idol winner Scotty McCreery, who despite having an astounding voice—which he sometimes uses for ill, and other times doesn’t use at all—seems to be perpetually stuck as an “also ran” on his major label roster. Or how about The Voice Season 7 winner Craig Wayne Boyd? We were singing his praises when he and Blake Shelton paid tribute to Wayne Mills during an episode, and put Johnny Cash back in the charts by covering one of his songs. Then he released a single which was incredibly vanilla, and last word was that he’s parted ways with Big Machine Records because he’s un-coachable.

When staunch traditionalist Jake Worthington made it all the way to the Season 6 finale of The Voice and was filling folks full of hope that a traditional country star could be crowned King of America and usher in a new era of classic country greatness, Saving Country Music’s stance was to tell everyone to tap the brakes. More times than not these contestants just don’t pan out for one reason or another, whether it’s because their popularity flames out right after the season ends, or they turn out to be not nearly as true country as originally advertised.

With Jake Worthington there’s one thing for sure: he’s not changing his traditional country stripes just because The Voice is long gone. Singing songs like Waylon’s Dukes of Hazzard “Good ‘Ol Boys” theme and Hank Jr.’s “Country Boy Can Survive” during his run on The Voice, you knew Worthington wasn’t presenting a false front. He even had Blake “Old Farts & Jackasses” Shelton talking about the virtues of traditional country on national television. 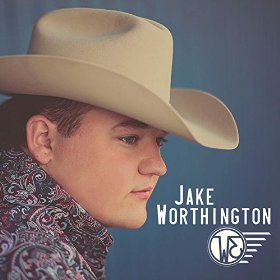 Like so many of these contestants, not much has come of Jake Worthington in regards to industry success after his finale appearance in May of 2014, but he has just released a new EP. Settling somewhere between John Anderson and George Strait, this five-song offering is a straight-laced true country testament from start to finish that leaves little to no doubt where the heart of the young Jake Worthington lies. Whether considering the music or the message, Worthington reaches back to the late 80’s and earlier for his inspiration, and appears uninterested in chasing the hot trends.

“Don’t Let The Redneck (Fool Ya)” is a sort of country rocker about a woman that may look like a hayseed on the outside, but is savvy as any slickster at getting her way. “This Damn Memory” is a much more traditional-sounding fiddle-driven waltz with an emotionally-aching narrative. And in a different era “Just Keep Falling in Love” very well could have been a jukebox hit.

But Worthington is still young, and utilizes a sound and style that is still more interpretive than original. “Friends” is a the record’s ballad, and captures a very compelling story, but makes use of the “drinking/thinking” word switch that has been done so many times over the years. “That’s When” is a fine song, but similar to Randy Travis’ “Deeper Than The Holler” and a dozen other songs, it makes use of certain artifacts to describe the endless length of love.

I hate to keep going back to the same names as today’s standard bearers, but what makes artists like Sturgill Simpson and Chris Stapleton, and to an extent Kacey Musgraves so special is that they honor the country roots, but do so in a way that is still fresh and original. Just because something is country, doesn’t immediately mean it’s good. Music still must push forward and find new ways speak to old familiar human emotions.

In this EP, Jake Worthington proves that his motives are pure and his roots are strong. And he still has plenty of time to develop into something more original as time moves forward. He’s got the voice, and he got the passion. And this is what EP’s are supposed to be for: setting foundations to build a career from and helping to figure out where an artist should go.

With Jake Worthington, hopefully it’s “up” with the emerging crop of younger traditionalist performers.