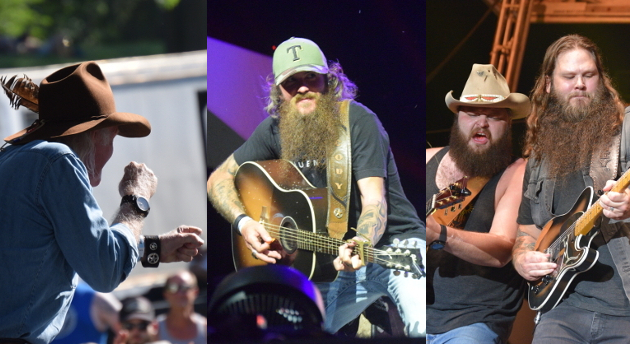 For many years there has been the need for a festival to cover the music that sits on the fringes of commercial country, yet serves a very dedicated and surprisingly large audience of country music fans. Muddy Roots, Westport Roots, and others do a great job representing the underground. Texas music has ample festival infrastructure, including for up-and-coming artists like Galleywinter’s River Fest that occurred this past weekend.

But there’s an area in country—you could call it ‘Outlaw,’ but it’s a little more expansive than that, and encompasses elements of the underground and Texas country—that has gone woefully under-represented for too long. Some have tried to throw Outlaw festivals with an national and international scope in the past, and despite great effort and solid lineups, they’ve ultimately failed for one reason or another. But all you have to do is see the capacity of Cody Jinks concerts to know there is a group of country music fans going underserved in the festival space, and has been for too long.

This is what Borda Productions saw when they decided to transition from a more mainstream-oriented country festival for their first year, and went with headliners such as Whitey Morgan and the 78’s, Cody Jinks, and Jamey Johnson for year two. It was a risk, but to fans of true country music with an ‘Outlaw’ flavor (for lack of a better word), the 2017 Tumbleweed Festival lineup was just about perfect.

There were a few outliers, like Roger Creager and his more laid back style of Texas country, but he was still appealing to many, and allowed for Tumbleweed to represent a greater swath of music fans beyond the obvious ‘Outlaw’ mindset, which can be constricting. William Clark Green is not really an ‘Outlaw’ either, but brought a youthful energy backed by excellent songs that the fest needed.

Yet what was so great about Tumbleweed Festival is since they booked artists who happened to be friends and fans of each other already, it fostered collaboration on a greater scale, and allowed for “moments” to occur which immediately turn into lifelong memories for fans and performers alike. This is what many other festivals lack when they book these artists separately.

The moments were really the story of the Tumbleweed Country Music Festival in 2017. Jamey Johnson, Cody Jinks, Whitey Morgan, and Ward Davis were on and off the stage throughout the weekend singing on each other’s songs, and creating unique moments you don’t get at your average tour stop. That’s what is supposed to make a festival more than just a collection of artists, and greater than the sum of its parts. This is what Tumbleweed accomplished.

Even some of the artists in the earlier slots, like Porter Union, participated in multiple sets with other performers, and sung the National Anthem at the opening of the fest. Mickey Lamatia made sure that steel guitar legend and producer Robby Turner was there on stage, helping to add a layer of legitimacy to the festival, as did Billy Joe Shaver’s presence, who never disappoints live despite his advanced age.

Jason Eady and Colter Wall contributed the important element of pure songwriting to the fest, devoid of bravado and flashy showmanship, but nonetheless entertaining and representative of an important part of country music unheralded by the mainstream. The only issues with Sunny Sweeney and Courtney Patton’s late night sets on the side stage is that they were so late, and on the side stage. They proved why the ladies are such a large part of the independent country music movement, and deserve equal billing beside their male counterparts. It was unfortunate that Jaime Wyatt had to cancel her appearance, but Mickey Lamantia with Porter Union helped fill in. Porter Union was possibly the biggest takeaway for many festival goers just discovering the husband and wife duo, and their great songwriting and harmonies.

The 2017 Tumbleweed Festival was not perfect, but they did an excellent job pulling together an astounding lineup for a second year festival, and taking a punch and surviving at the very start. Hours before the festival was supposed to open the gates, the Kansas City area was walloped with eight inches of rain in six hours, flooding the festival grounds that sit on La Benite Riverfront Park on the banks of the Missouri River. With it’s views of the river, a nearby bridge spanning the Missouri, and ample shade trees, it’s a great place for a festival, but only if it’s above water. There was a moment where it appeared the entire festival might be canceled, but after a slight delay for entry, the site drained and held up to traffic surprisingly well, and you didn’t hear a discouraging word from festival goers, who completely understood the circumstances, and wouldn’t allow it to take away from a good time.

A bit more infrastructure at the fest might be needed as this year’s successes will likely mean a swell of attendees in years to come. A better way for attendees to hose off if not shower would be nice, and a bit more diversity in the food vendors and such would be appreciated. But the camping grounds were good, and fostered folks hanging out with each other and meeting new friends. If you were at the festival, you were very likely to get along with everyone else.

Tumbleweed did a lot to honor servicemembers, including letting active duty and veterans in for free, and the National Anthem started off the festival each day. A slight misunderstanding between Jamey Johnson and some attendees with a flag that was meant to back police officers showed why politics and music rarely mix well, including when they happen to be generally on the same side. But there was way more camaraderie than friction on the weekend. In fact camaraderie was the theme.

“We used to play festivals, and we always felt like the outsiders,” Whitey Morgan said from the stage Friday night. But the performers and attendees finally found a festival home in 2017 via Tumbleweed. 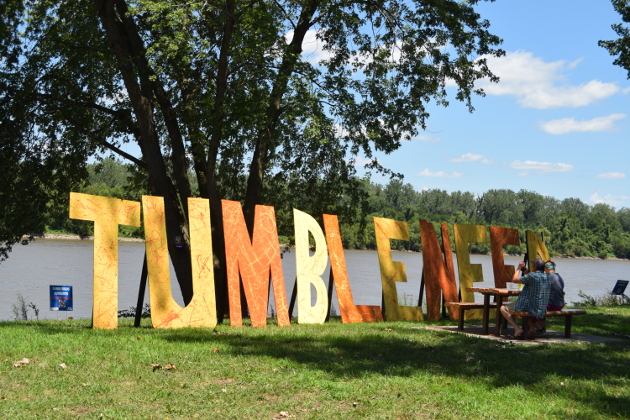 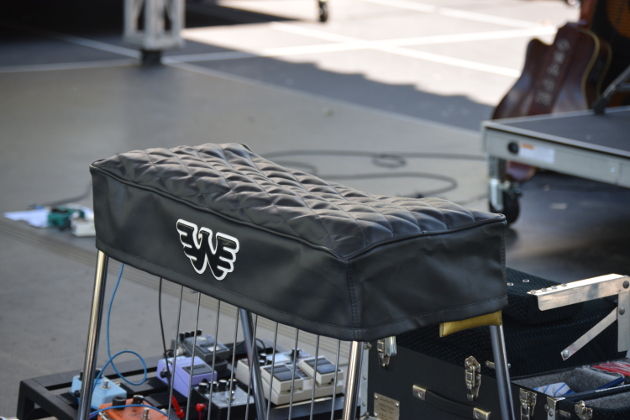 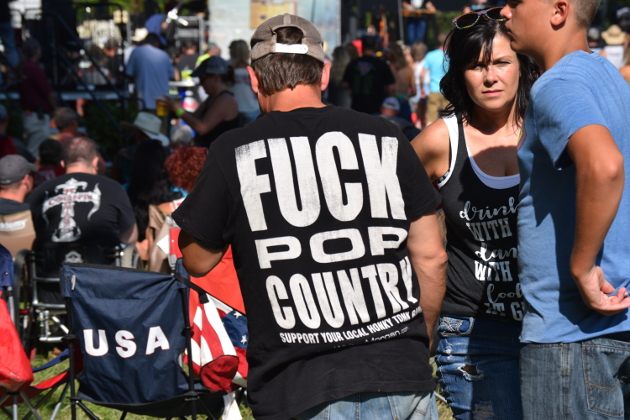 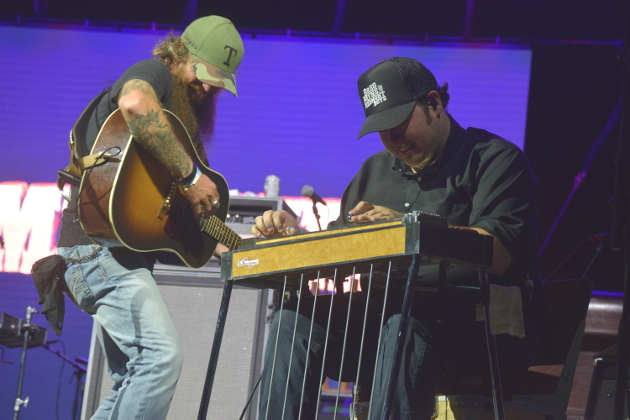 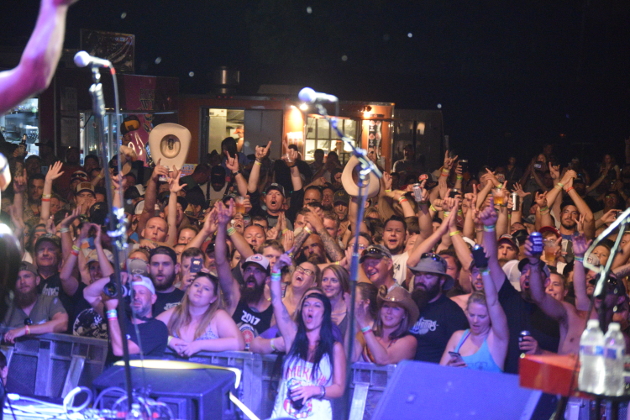 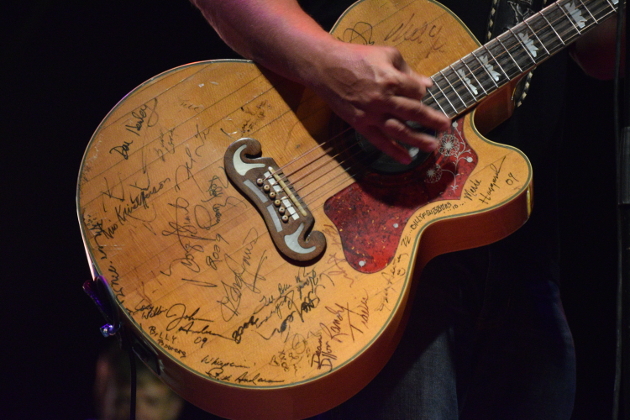