Paul Kennerley wasn’t from the South. He wasn’t even from North America. The North West England native was an advertising lackey living in London at the time he heard his first piece of country music at the age of 28. It was Waylon Jennings’ “Let’s All Help The Cowboys Sing The Blues,” and it changed his life. Two years later he would release one of country music’s most compelling, yet most overlooked concept albums with none other than Waylon Jennings himself in a lead role. Waylon’s wife Jessi Colter, along with Eric Clapton, and John Dillon and Steve Cash of the Ozark Mountain Daredevils also came along for the ride, telling the story of the South during the Civil War through the perspective of four white Southerners.

White Mansions couldn’t be made today. That’s one of many reasons it’s so remarkable and such a country music treasure. It’s not that the production costs would be too high or the talent couldn’t be assembled. But you couldn’t put present day top-tier music talent on an album that someone might construe as harboring sympathies for the Civil War South without creating an uproar. It’s questionable if you could have even done it in 1978 when the conceptualized White Mansions was released.

Having a project envisioned and composed by an English songwriter, produced by an English producer in Glyn Johns, and including an English superstar in Eric Clapton was a way to break through the PC morass and get the public to actually pay attention to the underlying message of the work, as opposed to bogging down over concerns about its intentions. And having Waylon, Jessi, and members of the Ozark Mountain Daredevils on board was the way to keep it authentic, and keep the work from feeling judgmental on Southerners from an outside perspective.

Waylon Jennings was cast as “The Drifter” or narrator on White Mansions. And remember, this is 1978—a year before Waylon would be cast in a very similar position on The Dukes of Hazzard. This is just one of many important roles White Mansions likely played in the re-emergence of the Southern perspective in popular culture at the time. 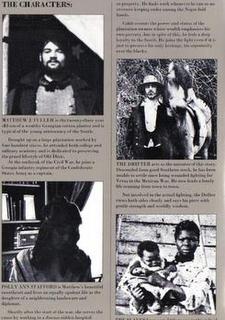 John Dillon fulfilled the role of Matthew J. Fuller—a captain of the Confederate army and a cotton planter. Much of the perspective on the Civil War itself is told through his eyes. Jessi Colter is cast as Polly Ann Stafford—Mathew Fuller’s love interest, and a worker at a Confederate hospital. If nothing else, White Mansions might be one of the best displays of Colter’s singing talent ever released. Her voice, and the emotion she brings to this role are one of the album’s glowing standouts.

And lastly, Steve Cash plays Caleb Stone—a stereotypical poor, white trash redneck with a gravely voice who wants to keep his superiority over blacks, but at the same time resents the Southern aristocracy. He joins up with the Confederate army, and [*SPOILER ALERT*] is found later in the album finding religion. This is in contrast to the Matthew J. Fuller character who becomes an outlaw after Appomattox, in an character arc similar to Jesse James.

White Mansions isn’t Civil War music. There’s no field drums or fiddles or banjos. There’s a few moments that are inspired by the sounds of music from the mid 1800’s, including a choir of free slaves. But overall this is a late 70’s Outlaw country record at the height of that style and influence, especially in the style of Waylon Jennings. The bass guitar is extra loud on many tracks. There’s ample electric guitar. And the album has that warm feel of all those old school Outlaw country records from the period, including some songs set to half time beats.

Like all concept records, the songs together equal something greater than the sum of their parts. All of the tracks are entertaining, but some fulfill their role of forwarding the story thread first. The tracks in the center of the album are the ones that work best standing alone, from the up tempo and rowdy “Southern Boys” sung by Steve Cash, to the slow and droning “The Southland’s Bleeding,” which is a good example as any of Waylon’s classic sound from the period, enhanced by the presence of Eric Clapton on guitar who appears on numerous White Mansions tracks as part of the studio crew. 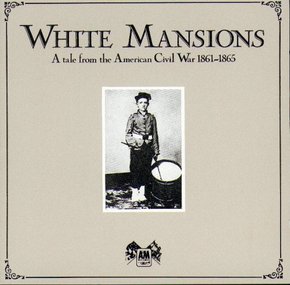 But White Mansions isn’t just about the enjoyment one may find with the music. This is like a play, or a mini-series told in movements. The primary creative mind behind the project, songwriter Paul Kennerley, doesn’t even appear significantly on the record. Country music had seen concept albums before, but nothing like this. After White Mansions, Kennerley would become a well-respected songwriter in Nashville and beyond, penning numerous hits for multiple performers, including Marty Stuart, Patty Loveless, Tanya Tucker, and The Judds. He worked with Emmylou Harris on her concept album The Ballad of Sally Rose, and on other Emmylou Records. By 1985, the two were married (though they divorced in 1993).

White Mansions launched this former advertising agent from England—who had a lark about country music in his late 20’s—into a career as a well-respected songwriter. But that isn’t the record’s most lasting impact either. What White Mansions accomplished, and what may be impossible to pull off today, was illustrating the complexity of the Southern identity through the context of The Civil War. When debates over the Confederate flag or other Southern Civil War relics are broached, what always seems to be left out of the discussion is how the sweeping loss in the midst of America’s bloodiest conflict is embedded in the Southern experience so deeply, it doesn’t matter how much some might want to eradicate it or act like it never happened, it will always be coded into the souls of Southerners. And it probably should be; the good and the bad.

That in no way condones slavery or any of the other wrong-minded, and sometimes horrific realities of the Civil War and pre Civil War South. White Mansions doesn’t tippy toe around any of these issues, or sympathize with them. It tackles them head on, and not by preaching, but by telling the stories of the different Southern Archetypes of the time period. Just like many of the artifacts from the Civil War, including or especially the Confederate Flag, certain tracks from White Mansions have been absconded with by racists who completely misunderstand this work. Those people are the ones Southerners should be most angry with as cultural hijackers who help misrepresent the incredibly complex set of histories and ideologies that go into defining all things “Southern.” 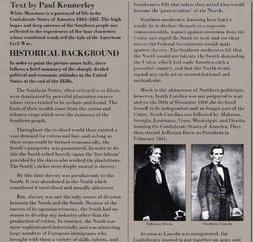 Using Civil War imagery or artifacts for racist aims should be brought asunder, but it shouldn’t be done at the expense of the heritage that goes into the identity of millions of Americans who live below the Mason Dixon Line. That’s what White Mansions gets so incredibly right in how it portrays the Civil War. If you take people’s cultural identity away, other more harmful things can rise up to fill that void, including racism, drug addiction, and violence. That’s the moral of White Mansions. The well-healed and educated Confederate captain Matthew J. Fuller goes on to become a lawless killer embodying all of the worst characteristics of outlaws like Jesse James, while the ignorant and destitute Caleb Stone (the embodiment of the racist white trash Southerner) finds salvation through religion and repents. 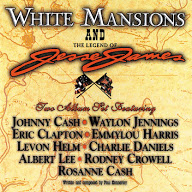 White Mansions was followed up two years later by another concept album called The Legend of Jesse James, which boasts an even more all-star cast, including Johnny Cash, Rosanne Cash, Charlie Daniels, Levon Helm, and others. Both albums were repackaged and re-released together in 1999, though neither has ever been considered even close to a commercial success. They both are hidden gems of country music history meant for more studious listeners. Producer Dave Cobb, who recently announced his own concept album based off of the Southern identity called Southern Family is said to be heavily inspired by White Mansions.

There’s a reason the Civil War arouses such deep emotion and enchantment in all Americans. It is the most romantic war that was ever fought in the history of mankind, with a sway so magnetic, even an Englishman can get swept up in its beauty and the wisdom the conflict can convey. That’s why it’s imperative, if for no other reason than it’s value to creative minds, that the heritage of the South, warts and all, be preserved for forever.

White Mansions is country music’s contribution to this pursuit.