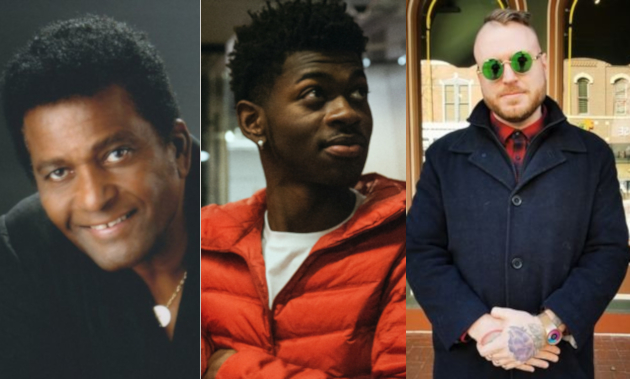 The aftermath of the removal of Lil Nas X’s viral trap song “Old Town Road” from the Billboard Hot Country Songs chart continues, and unfortunately, so do the misconceptions and outright lies surrounding the removal as being motivated by racism. Such claims were completely non existent in popular media a full nine days after “Old Town Road” had been removed, until Rolling Stone published an article titled, Lil Nas X’s ‘Old Town Road’ Was a Country Hit. Then Country Changed Its Mind.

The title of the article itself is incorrect, and irrefutably indefensible. “Country Music” did not choose to remove “Old Town Road” from the Billboard Hot Country Songs chart, Billboard did after the publisher discovered the malfeasance that was behind the song accidentally charting on the Hot Country Songs chart in the first place. To verify this malfeasance and chart manipulation, one has to go no further than the words of Lil Nas X’s manager, Danny Kang, who explained in the very same Rolling Stone article,

Furthermore, not even Lil Nas X is claiming racism in his removal from the chart. Though he believes the track should be included on the Hot Country Songs chart, when asked point blank by Time if he thought the removal had racial undertones, Lil Nas X simply responded, “I believe whenever you’re trying something new, it’s always going to get some kind of bad reception. For example, when rap started, or when rock and roll began. But with country trap, I in no way want to take credit for that. I believe Young Thug would be one of the biggest pioneers in that.”

Nonetheless, the issue continues to be hammered home in now dozens of articles and think pieces accusing country music of a racist conspiracy against Lil Nas X, even though an African American artist, Jimmie Allen, became the first artist of any race to have the longest-leading debut song on top of the Billboard Country Airplay chart since 2001 when his song “Best Shot” hit #1 for a third week in December. Kane Brown is also currently at #10 on the Billboard Hot Country Songs chart with “Good As You,” and has both the #7 and #9 albums on the Billboard Country Albums chart. If black artists were being excluded exclusively due to race, how are these two artists currently charting?

But the whitewashing of facts reached a new level when Shane Morris, who claims to be a “former country music label person,” published a series of tweets that outright whitewashed the legacies of multiple country music artists while presenting completely erroneous facts that have since gone viral, and end with the pronouncement that both country music and Billboard are “racist as fuck.”

In one tweet that has received over 160 retweets at time of posting, Shane Morris assets, “This same week in 1963, Alabama Governor George Wallace delivered his infamous ‘segregation now, segregation tomorrow, segregation forever’ speech. Billboard started their Hot 100 in 1958. The Top Country songs started in 1964. A black man didn’t make it to #1 until 2008.”

Then in the following tweet, which has received over 360 retweets at time of posting, Shane Morris says, “Four black men in total have ever topped Billboard’s Country charts with either a single, or an album. Darius Rucker, Kane Brown, Jimmie Allen… and as of last week Lil Nas X. 25% of black men to ever top Billboard’s Country chart have been removed. Not a great statistic.”

Within the people who have retweeted this information are numerous high-profile celebrities, including Questlove, and dozens of blue-checkmark verified journalists. However this information is completely untrue.

First, Lil Nas X did not “top” Billboard’s country chart, even before he was removed. The song wasn’t even in the Top 10. “Old Town Road” only came in at #19.

But the biggest error in Shane Morris’s tweets is that he completely eliminated the legacy of Country Music Hall of Famer, Grand Ole Opry member, Grammy Lifetime Achievement Award recipient, CMA Entertainer of the Year, and one of the most commercially-successful country music artist of all time, Charley Pride.

Not only did Charley Pride chart #1 singles between 1964 and 2008, he had 40 of them when counting radio metrics, and 29 that crested the disputed Hot Country Songs chart. Here they are:

Along with these #1 songs, Charley Pride also had an additional 22 Top 10 hits, and 9 total #1 albums. Charley Pride won the 1971 CMA Entertainer of the Year award—the highest award the genre bestows, as well as the Male Vocalist of the Year award in both 1971 and 1972. He was inducted into the Country Music Hall of Fame in 2000, and received the Grammy of Lifetime Achievement in 2017.

Beyond Charley Pride, there are multiple other African Americans whose charting contributions on Billboard are being glossed over by Shane Morris and others, including Rhiannon Giddens participating in the song “Kill A Word” with Eric Church that went #9 on the Hot Country Songs chart in 2016, and has been Certified Gold by the RIAA, and Mickey Guyton who had a Top 40 hit with “Better Than You Left Me” in 2015.

So how is someone who claims to be a “former country music person” gloss over all of this country music history? First, there is no public record of Shane Morris working for any country music label, though he may have at some point. Instead, Shane Morris is a political figure who works as a web developer who made headlines in 2018 when he offered to help young progressive candidates with web development for their candidacies. A profile of him in the Nashville Scene also led to revelations that he regularly has used abusive and discriminatory language online.

One of the reasons Shane Morris’s tweets went viral is due to portraying himself as a “former country music label person,” when in truth his primary occupation is as a political operative, selectively presenting facts and purposely excluding others to bolster his argument, similar to how Rolling Stone presented the fact that Beyonce had been disqualified from consideration for a Grammy Award in 2016 for her song “Daddy Lessons” as their only corroborating evidence that racism was behind the exclusion of Lil Nas X for the Billboard Hot Country Songs chart, but failed to mention Beyonce was also bestowed the marquee performance, and largest performance slot during the 50th Annual CMA Awards.

More troubling is this biased dissemination of facts is directly whitewashing the contributions of African Americans to the country music genre.

In a later tweet, Shane Morris said about his claim of being previously employed in the country music business, “Re: My “What do you/did you do in music?” DM’s… I don’t want to use this viral moment to talk about my accomplishments because… (*checks notes*) … using the pain of (literally) centuries of civil rights battles to promote my career would make me a tremendous asshole.”

Shane Morris’s entire Twitter thread on the Lil Nas X matter can be seen below.

Hi. Former country music label person here. @LilNasX was kicked off the Billboard country charts because the (mainstream) terrestrial country music market is filled to a surfeit with racism and bigotry. Allow me to explain…

If you know me, you know I once worked for a large country music label in Nashville. (The largest, actually.) I won’t name them here, because I don’t like when lawyers call me. Was the label populated *mostly* with racists? No. But were there a lot of racists? Yes.

Using @billboard‘s justifications for saying “Old Town Road” doesn’t contain enough country elements, I could just as easily say “GIRL” by @MarenMorris doesn’t belong on the Billboard Country charts. I love “GIRL” by Maren Morris. But it is, objectively speaking, a pop song.

My favorite album last year was “Golden Hour” by @KaceyMusgraves. (Hey neighbor!) Many songs from that album have performed well on Billboard’s Country chart. They’re definitely pop-leaning, but have enough country elements to be “Country” enough for “Country” people.

Lil Nas X is no different than Ray Charles in 1962. He’s taking country sounds that already exist, and making them better. Ray Charles, a black man, re-recorded “I Can’t Stop Loving You” and it went to #1 on the Pop Charts.

“Modern Sounds in Country and Western Music” was the #1 selling album of 1962, spending 14 weeks at the top of the charts. Ray Charles, a black man, was redefining country music. … and racists hated it.

There has always been a rift between black people and county music. In 1963, Ray Charles reached #1 on the Pop Charts (again) with his rendition of “You Are My Sunshine” — a song that was formerly a traditional country tune. Ray Charles just made an objectively better version.

Country legends like Gene Autry and Bing Crosby had previously recorded versions of “You Are My Sunshine” — but Ray Charles, his version had energy, jazz, soul and the power of a black church. This was 1963. The year after President Johnson banned housing discrimination.

In the past, @kanebrown has tweeted (and deleted) his thoughts about the racism in Nashville. “some people in Nashville who have pub deals won’t write with me because I’m black” Why delete it? Politics. Kane Brown is on tenuous footing as a black man in a racist industry.

Go to any writer’s round in Nashville, at legendary places like The Bluebird Cafe, and you’ll see a diverse array of people with all skin colors, from paper and ivory, to papyrus and cream. Nashville’s country music scene is welcome to Caucasians from all backgrounds.

By removing Lil Nas X from the Country Charts, the powers that be (and yes, I’m openly saying the Country music industry operates like the mafia) continue what they want country music to sound like, and more importantly… LOOK like. Because this isn’t about sound. At all.

Billboard Country had no problem with Taylor Swift tracking pop tunes onto their Country chart. Sam Hunt has been using autotune and rap beats for a long time. Dan + Shay (hi @andrewtothemoon!) make pop music and if you disagree, you are wrong. But they’re all “Country”.

Lil Nas X made a song that is country enough to be country, and trap enough to be trap. That should be something we celebrate, as an unknown artist rode a TikTok meme to fame, and brought two audiences together. Instead, Billboard was like, “Nah, let’s be racist as fuck.”