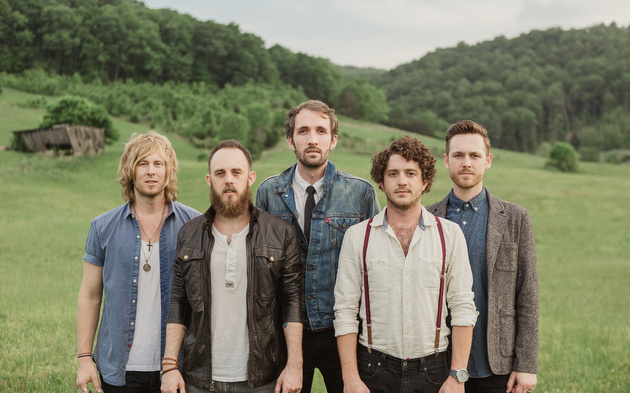 What is country, and what is not country is a long-standing argument in country music that will never be resolved, and has been around since the very beginning of the genre. In the last few years, the question has become even more heated as acts like Sam Hunt, Kelsea Ballerini, and Chris Lane release singles without a single signifier of the benchmarks people traditionally consider as country music.

But this week the debate took a very strange turn when a band from Texas called Green River Ordinance was told their new album Fifteen was not country enough for Billboard‘s Country Albums Chart. For the last couple of years country fans have been questioning how chart managers for Billboard and other entities could listen to certain songs or performers and consider them country in the slightest. Yet here is a band making music that’s more country than it is anything else, and more country than most of what you hear on country radio, and Billboard is denying their admittance on the country charts.

The band’s current single “Red Fire Night” is a harmony and fiddle-driven tune (listen below), and the song has been charting on the regional country charts in Texas. On Saturday, Green River Ordinance will be making their third appearance on the Grand Ole Opry. But even with a clear country sound and a mountain of evidence, Billboard is not budging.

“This band has naturally been in the country music space for the last several years,” says Larry Murray, manager for Green River Ordinance. As Larry explains, the Ft. Worth, TX-based band started out as more of an alternative pop rock and folk outfit. But over the years, especially concerning their last album Under Fire from 2012, they’ve been considered part of the bigger country music community in Texas and beyond.

“Even the iTunes pre-order charted Top 10 on the iTunes country charts,” says Murray. “We never though up until Sunday evening that it would not be considered country, and we still don’t know a full answer of why that is. There is not a set criteria that encompasses an exclusion for the band that would keep them out of the chart. Looking at the other players on the chart, there’s no reason for it. What is country music in 2016 if these 10 or 15 other acts are considered country, and Green River Ordinance isn’t?” 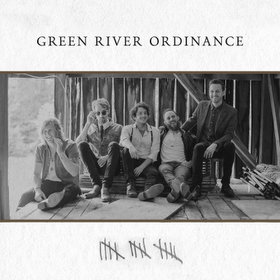 Larry Murray says he was first contacted last Thursday (1-28) by Billboard, who informed him that the band’s latest record released by Residence Music would be recognized on the charts. However they were told it wouldn’t be in country, but in Billboard‘s Rock Chart and Folk Chart, despite the fact that the metadata for the music was filled out as a country album, and it’s categorized as country in all digital and physical distribution outlets. Green River Ordinance even currently has a video on CMT, and were featured on Sirius XM’s The Highway’s “On The Horizon” program.

But none of this, or the music itself, was enough to get Billboard to change their mind. So Larry Murray escalated this issue to Billboard‘s country chart manager who responded, “Right now we have decided to not flag this project country. That’s a judgement call on our part, but we put a lot of thought into that process. Also, just an FYI; I was a Country radio PD for many years. That experience helps me make these decisions.”

Wade Jessen, Billboard‘s long-time senior chart manager for country music, passed away unexpectedly at the age of 53 in March of 2015. Wade had taken over the position in 1994. This left the position vacant for a while, until Jim Asker, who was the former country editor for All Access, was hired by Billboard in June of 2015. Asker was also a country radio program director for numerous years prior to taking the position at All Access.

As the Green River Ordinance management team continued to question Billboard’s decision, they were told, “If the single starts getting radio play I’ll revisit that track to be flagged country,” but this was only germane to the single, not the album. And as manager Larry Murray explains, the single “Red Fire Night” was already receiving country radio play when this explanation was given to him.

“It’s being spun on major country stations through iHeartMedia’s Country House Party, which is in 12 huge markets,” Murray says. “The single charted. People are picking it up on Music Row indicators. The song was added just two weeks ago on Spotify’s top two country playlists—Hot Country and Wild Country. A week ago, Green River Ordinance was in Billboard’s Country Weekly as the #1 Texas country music song on the TRR.”

Billboard also cited the genre description found on the Green River Ordinance Facebook page as a reason to not include the band in country. Green River Ordinance designate themselves on Facebook as “Alternative Pop/Rock with a Southern twist—Country, Folk, and Americana.” Some of their songs certainly do have folk, pop, and rock influences, but country still feels like the predominant style. Green River Ordinance may have been penalized partly for being honest about their varying influences—something some mainstream country performers refuse to acknowledge.

Many may wonder what any of this matters, or if charts matter at all. But for bands like Green River Ordinance, a good showing on the Billboard charts can make a big difference, just as it has for many small label artists in the last few years. Green River Ordinance would have come in at #7 on the Billboard Country Albums Chart this week, and they would have been able to declare the top-charting debut for the week. Instead, they’re relegated to other charts where they’re less likely to receive the same attention from peers in their industry.

“In the country world we’re still being identified and growing and telling a story that this band is moving forward,” says manager Larry Murray. “It would have a huge impact on their ability to play country festivals, and support other country acts. And it’s the story they deserve. And since there’s no good reason not to be on the chart, it leaves us questioning, and disappointed for sure.”

When Thirty Tigers artist Jason Isbell hit #1 on the Billboard Country Albums Chart in 2015 with his latest release Something More Than Free, he simultaneously hit #1 on both the Billboard Folk and Rock charts as well. At the time, there was a lot of questioning if this was fair to the artists of the other charts for Isbell to soak up so much attention. And listening to the albums from Isbell and Green River Ordinance, the case could certainly be made that Green River Ordinance is the more country-sounding effort.

Similarly, acts outside of country that release albums in the country format such as Lionel Richie, Bon Jovi, Steven Tyler, Don Henley, and many others have not been recused from charting on the country charts just because they released albums or singles in other formats previously, not to mention the scores of current acts that offer little to no resemblance to country who find no question from Billboard in being included in country charts.

Green River Ordinance will move on and continue to reach new fans with their album and single, but this issue could mark a dangerous new turn in the way country music is charted and considered by industry stalwarts like Billboard. Will we see a scenario in the future where artists or bands are excluded from the country charts because they’re too country, or because certain gatekeepers don’t see the benefit of including them in the genre?

Every day it appears the definition of what is “country” slips one step further out of the hands of the people who should be able to define it and who make up the true heart of the music: the artists and the fans.

Note: Saving Country Music reached out to Billboard Editorial Director Denise Warner and Associate Director of Charts Gary Trust for comment on this story, and did not receive a reply.