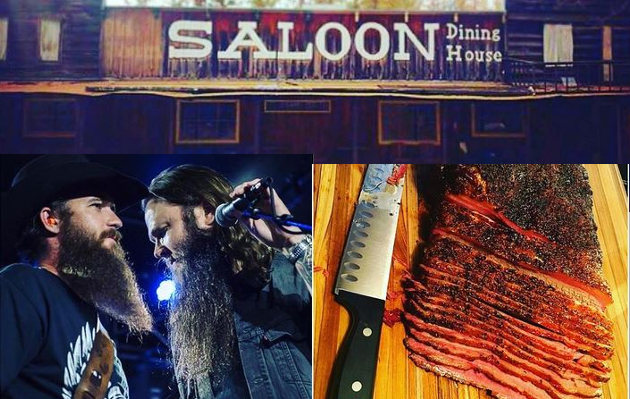 If you like barbecue and badass music in a cool place, then you’re gonna want to get your ass to interior California’s Bandit Town in early September. Though the details are still being finalized, Whitey Morgan has let it be known that he’s planning to throw an annual Birthday BBQ at Bandit Town USA in North Fork, CA, with the inaugural installment on Saturday, September 9th, 2017. The lineup at the moment is Whitey himself, Cody Jinks, Ward Davis, Casey James Prestwood and Tony Martinez.

It will be intimate, it will be yummy, and the tickets are going to be limited to about 300 people, so you’re gonna want to be on top of this thing if you have any true intentions of going. Bandit Town USA is a resurrected Old West-style tourist spot located about 45 minutes north of Fresno and just south of Yosemite in the exact center of California. It is only open for special events, and boasts multiple Western-style buildings, including the Saloon where music and congregating occurs.

Whitey Morgan and Cody Jinks have often been seen touring together in recent years, many times with Ward Davis in tow. Ward has also been opening for Cody Jinks during much of 2017, while Tony Martinez is often employed as a member of Whitey Morgan’s 78’s, and opens shows himself. Casey James Prestwood from Devner, CO is also part of the clan. And these aren’t just artists who happen to know each other and who share some of the same management. They’re road-tested blood brothers looking to save country music by resurrecting the true style honky tonk and songwriter-driven music. Any chance to see then in intimate environs should not be passed up.

More info on lineup and tickets when available.