Why Let Pop Steal Listeners, When Country Can Be Pop Too? 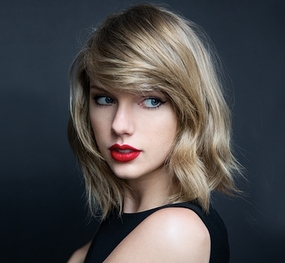 “Pop selectively waits for something to explode on country and then benefits from the all the exposure and relevance that the country format has built for it (Taylor Swift, for example).”

This was the way legacy country radio station 96.3 KSCS in Dallas attempted to explain to its listeners why they had decided to add music from pop stars like Taylor Swift, Ed Sheeran, and even the recent collaboration between Rihanna, Kanye West, and Paul McCartney to their rotation. KSCS and some other country radio stations have begun to add pop songs to playlists to presumably deal with the deterioration of Bro-Country and a significant ratings slide with country’s key demographic.

“If the audience that loves Taylor is forced to go to pop exclusively to find her, we’re hurting our chance of growing our radio station,” the KSCS missive continued. “So the real question is, ‘Why can’t it happen in reverse?'”

The fact that KSCS even felt the need to converse with its listening public about the matter signals that some, if not many of the station’s listenership takes issue with the decision, and that they’re willing to stand by it as more than just an experiment. Listeners taking issue with it was certainly what happened after the message was posted on Facebook. “Y’all are going to lose the real country music fans by changing your format! I’ve listened to KSCS for 25 yrs and have started turning my radio to the Wolfe to actually hear country,” the most overwhelmingly popular comment on the thread reads.

But what about the fundamental point that KSCS made. Does it make any sense? Is country radio designed unfairly so that country artists can use it as a stepping stone to pop while the country radio stations themselves have to stay in one place, losing listeners to the pop stations?

Top 40 pop radio has always been about taking the biggest songs from the respective genres and featuring them in one place. That’s pop radio’s job; that’s its niche in the marketplace. Now country is showing the early signs of coveting that position for itself.

Mainstream country radio stretched its belly with Bro-Country, and now that it’s in serious decline, it’s looking for the next fix to filly its over-portioned appetite. For years country labels and artists tested the boundaries of how far in the pop direction they could go before listeners, radio program directors, and even other artists began to push back. But this is an entirely new paradigm we’re experiencing in the pop/country interface. Instead of making a version of pop for itself, country is borrowing the music and artists from the pop world under no pretenses.

Remember what the big narrative was with country radio last spring? It was how the country radio format was going to split, and segregate current mainstream pop country and a slightly older country with legacy artists in two separate formats. Though the idea and the execution may have come across as less than ideal to many, it was progress. Older artists were going to find a way back onto radio. But this new development of pop encroaching on the country radio space might be the format split in reverse. It is the exacerbation of the problems that led to discussions of splitting the country format in the first place.

Radio may be where this new pop paradigm for country music starts, but it certainly is not where it ends. That KSCS philosophy extrapolated above? It’s the same one that’s apparently been adopted by country music’s two major award shows, the CMA’s and the ACM’s. In November, the CMA decided to not just let the pop genre exclusively serve Ariana Grande and Meghan Trainor to the public, and booked them as performers on the awards show. Similarly the upcoming ACM’s have just announced appearances by pop artists Christina Aguilera and Nick Jonas of The Jonas Brothers. And how many times are these pop replacements women? It’s because country can’t field enough females in house to come even close to sharing equal time in the presentation.

And that’s not all. Announced on Monday, March 30th, Scott Borchetta’s Big Machine Label Group has signed 19-year-old Disney actress turned pop star Laura Marano. Yes, some of Big Machine’s artists have gone pop or played pop, but here’s an unapologetically pop performer with no pretenses now working under the auspices of one of country’s most powerful labels.

The explanation we hear often about young music listeners is they don’t play favorites with genres, they listen to everything. Is this a case of open-mindedness, or an unhealthy blending of heritage and influences that is causing the bleeding out of diversity from culture in widespread cultural homogenization? And is this the actual behavior pattern of young listeners, or are music institutions actually the ones causing this “all genre” listening behavior by seeking out the most popular songs and artists regardless of format to feature?

Leave a Reply to Enjoy Every Sandwich Cancel reply