Why Producer Dave Cobb Is The Real Winner of 2013 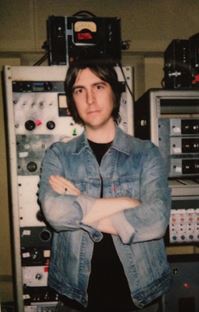 About this time of year virtually every magazine, website, and blog is bombarding their readership with end-of-year lists of which artists they feel are worthy of the highest praise for their 2013 effort. The whole practice has become a little nauseating for the consumer as the redundancy on many lists and the sheer number of them being pushed through social media erode the underlying concept of the lists: to help listeners break through the din of an overpopulated music landscape to discover the best stuff. Then there’s the ethics questions if music should be approached as competition at all. Ultimately the reason there are so many lists is because they are effective and appealing in helping listeners determine what to listen to.

Included on many, if not virtually all of those 2013 lists, especially in the independent country and Americana realms is the latest effort by former Drive By Trucker turned solo artist Jason Isbell called Southeastern. Seen as the current watermark of his career and a captivating songwriting effort capturing a clear-eyed, post-rehab Isbell at his apex, Southeastern is one of those rare consensus builders amongst critics as one of the year’s best.

Nipping at the heels on some lists, and overtaking Southeastern on others is the debut album High Top Mountain from former Sunday Valley frontman, Kentucky’s Sturgill Simpson. A much more country effort compared to Isbell, but just as bold of a songwriting project, Simpson has many people labeling him as a country music savior, and the artist they have been waiting years for to emerge in the independent country scene.

And not to be outdone is the dark Canadian singing-songwriting vixen Lindi Ortega, and her tantalizing album Tin Star that has also found its way at or near the top of many 2013 lists; an album highlighting her rising voice and remarkable gift for story and composition.

Though the sound of these three respective albums is fairly disparate, their influences are certainly not the same, the artists are from different locales, and the genres they represent are varied shades of the country music theme, they all have one thing in common: a virtually unnoticed and rarely heralded behind-the-scenes producer named Dave Cobb. 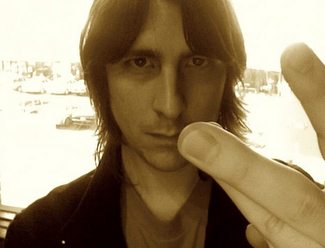 Just as the prevalence of year-end lists has grown in recent years, so too it seems has the trend of performing artists getting into the producer game, and big, franchise name producers like T Bone Burnett being heralded more and more for their producer services. Not that someone like Jack White or even Justin Townes Earle can’t make a great producer, or that T Bone Burnett is some kind of slouch. But for some projects, it becomes more about the name on the back of the album in the fine print instead of the name on the front. A producer’s name can be used as a marketing tool, and to create interest from fans and media venues. “The new album produced by the same producer of The Civil Wars!” “The T Bone Burnett-produced debut album, produced by T Bone Burnett!”

The best producers are usually the ones who prefer to remain subordinate to the artists they work with. Similarly, the best producers don’t come in and mold an album to their sound, but help the artists they work with develop their own. Producers aren’t supposed to be noticed. Critics may sometimes mention a producer’s name and how they may have influenced a certain project, but everyday fans just know when they like an album or not. Noticing the production of an album is like noticing an offensive lineman in a football game. It’s rarely a good thing. The focus should be on the music itself.

But that doesn’t mean producers shouldn’t be heralded or receive credit, especially when they’ve had a banner year like Dave Cobb’s 2013. Cobb has enjoyed some other successful albums, and good years in the past too. Similar to how Jason Isbell, Sturgill Simpson, and Lindi Ortega have become critical darlings in 2013, Jamey Johnson’s last two original albums that graced the top of many end-of-year lists, That Lonesome Song and The Guitar Song, both featured Dave Cobb at the helm. The Secret Sisters’ self-titled breakout album was also produced by Cobb, and so were Shooter Jennings’ first four records. And his list of producer credits goes on and on from there.

But you would never know all of this unless you went poking around, looking for producer credits and connecting the dots. Dave Cobb is not out to perpetuate his cult of personality through his producership role. He’s just looking to make good music. And in 2013, he certainly did.