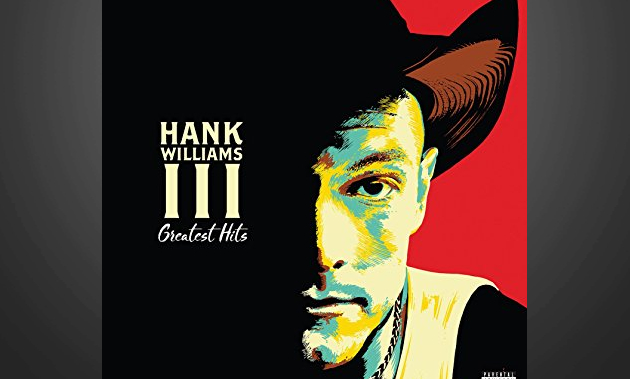 As first reported by Saving Country Music in February, Curb Records is planning to release a Hank Williams III Greatest Hits album. Originally scheduled for release on August 18th, it was later moved to September 15th. Consisting of 15 tracks, it is just the latest regurgitation of previously-released Hank3 material that looks to continue to make money off the 3rd generation performer who was one of the first of many more modern era artists to get crossways with the label and leave on bad terms.

Normally the release of a Greatest Hits album would not be a reason for consternation, but Curb Records has a long history of re-releasing songs under different titles for various purposes that only serve the label’s best interests instead of the public or the artists. Tim McGraw saw Curb Records release a total of seven Greatest Hits packages during his stint on the label for the sole purpose of keeping the country music star on the label indefinitely, while not allowing him to release any new material to fulfill his contract.

Hank3 entered into a six album contract with Curb Records in the late 90’s. The Nashville-based label was able to stretch Hank3’s album count to seven by releasing Hillbilly Joker in 2011—a “Hellbilly” album Curb initially rejected, but later released after Hank3 had fulfilled his contract at the end of 2010. Then Curb released an outtakes album in 2012 called Long Gone Daddy that brought the total of Curb releases on Hank3’s six album contract to eight. Ramblin’ Man released in April of 2014—another album of previously-released material cobbled together—made it nine. Hank3 also had agreed to the release of one heavy metal album as part of his Curb deal. An album of mostly previously-released tribute songs called  Take As Needed For Pain brought that count to two.

Hank3’s usual response to his fans on these post-contract Curb releases is to “Burn it, and give it away.” He also insists that the only officially sanctioned merch and music comes from his own 3Bay store.

It has been nearly three years since Hank3 toured, and nearly four years since he released a new album. After winning the Outlaw Male award at the Ameripolitan Awards in February, Hank3 said, “I’ll be seeing y’all on down the road real soon.”

For those curious, the track list for Hank Williams III Greatest Hits is: