Will There Ever Be Any New Episodes of “The Marty Stuart Show”? 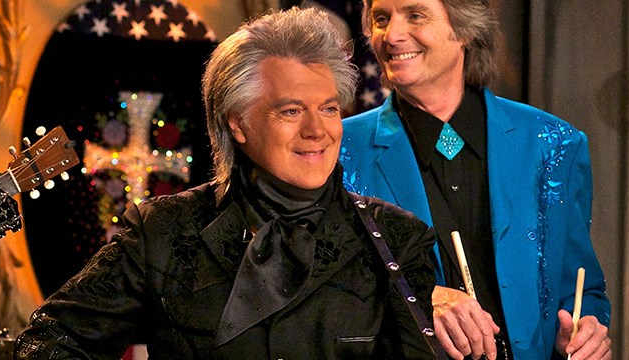 Since its inception in 2008, The Marty Stuart Show airing on RFD-TV has been one of the few bright spots on the television dial for true country music fans. Featuring Marty’s backing band The Fabulous Superlatives, and regular appearances by Marty’s wife Connie Smith, as well as Leroy Troy, Eddie Stubbs as the announcer, and a host of others, it was one of the few places where you could find quality country music in a spirited and entertaining setting on television.

Though the audience for The Marty Stuart Show is not as big as with major network shows, some guest appearances on the show have gone on to become legendary, like the appearance by Brandy Clark early in her career, The Quebe Sisters, Hank Williams III, and so forth and so on, making past episodes of The Marty Stuart Show an excellent compendium of traditional country music for folks to sift through and discover something new, along with keeping the spotlight shining on those artists left behind by the mainstream that Marty would regularly invite on the show. From Willie Nelson to Merle Haggard, to newer stars such as Brad Paisley, artists love to play The Marty Stuart Show.

The Marty Stuart Show has logged a total of 174 episodes, but not a single new episode has aired since 2014. It’s been three years now, and fans of the RFD-TV program are getting restless for some fresh shows. So has the show been cancelled, put on indefinite hiatus? When can fans expect new episodes?

“Right now everything is up in the air,” says RFD-TV Program Director Jeremiah Davis. “There is nothing in the immediate future, but you never want to say never. It’s still a very highly-rated show on RFD-TV, even after all of these years.”

In other words, the show hasn’t been officially canceled, Marty Stuart hasn’t officially decided he won’t be taping any new episodes, but don’t hold your breath waiting on new stuff because it’s not likely to come in 2017, if it ever does.

Marty Stuart’s officially explanation of why there won’t be any new episodes in 2017 is because he wants to focus more on touring this year. Marty released his latest album Way Out West produced by Mike Campbell on March 10th, 2017, and has been on tour ever since. The conceptualized, West Coast-style country album was well-received by critics and the public for it’s expansive and forward-thinking approach.

Marty stated in numerous interviews in 2015 that he didn’t want The Marty Stuart Show to get stale from featuring the same guests each week, and left it up in the air if new episodes would ever be recorded, though stopped short of saying he was done.

“It’s standing the test of time,” says Jeremiah Davis of RFD. “It’s been a short time I suppose, but some of our most popular classic programming is ‘The Porter Wagoner Show,’ ‘Pop Goes The Country,’ those kinds of shows. And Marty, along with RFD-TV, has in some cases produced more episodes than some of those older series from the late 60’s, early 70’s, yet those shows are still going strong on RFD. So we know these shows stand the test of time, and there’s definitely and evergreen element to them, and they will remain popular.”

Episodes of The Marty Stuart Show are taped at Skyway Studios in Nashville, and everything that comprises the set is owned by Marty Stuart, much of which was part of his vast collection of vintage country memorabilia.

“I personally worked on the production of the first two seasons as the floor manager, and loved every minute of it. So I definitely feel a kinship to those shows,” says Jeremiah Davis. “Marty’s an incredible artist who is a fantastic individual and a great ambassador for music in general, not just bluegrass and country music. Typically speaking we would start shooting late October, and then take a break the third week of December for holiday reasons. Then after the New Year we would kick back into production. We would do shoots two days a week, and each day we would shoot two episodes. So we would get four done in a week.”

So like many of the classic television shows that withstand the test of time, perhaps new episodes are not needed to keep the legacy of The Marty Stuart Show going, though it sure would be nice to add to that legacy at some point if Marty is still up to it.

“We’d love nothing more than to have him back,” says Jeremiah Davis. “And I know our viewers would too.”