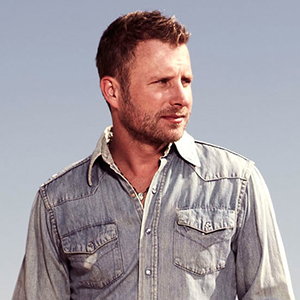 A woman was seriously injured at the Dierks Bentley show Sunday Night (11-16) in Utica, New York when a piece of falling metal from the ceiling of the Utica Memorial Auditorium impaled her in the leg. Emergency crews stationed at the auditorium (known affectionately by locals as “The AUD”) had to extricate the woman from the crowd on a stretcher as concerned concertgoers looked on. The woman’s injury is being called “significant.”

Utica Fire Chief Russell Brooks told News Channel 2 that the piece of metal was a tie rod that had been used to mount an old light to the ceiling of the auditorium. The light was removed, but the tie rod was left dangling, eventually falling and injuring the woman. She was transported to a local hospital via ambulance.

This is the second strange incident at a Dierks Bentley concert in the last week. On November 13th, a woman puked on stage when Dierks brought her and her friends up for a singalong of his hit “Drunk On A Plane.” Dierks told Country 92.5’s Electric Barnyard that he brought the woman and her friends up on stage because they were dressed as flight attendants. But apparently Dierks wasn’t fazed by the incident, he actually enjoyed it. “I’ve seen people throw up in the crowd. I’ve seen fights, I’ve seen blood. It was pretty awesome to be honest. I’m always looking for something like cool about every night. So for that to happen was pretty epic. I’d love for that to maybe happen again,” Dierks said.

Some have disputed the irony of the situation, saying that the woman was not drunk, but suffering from stage fright, but Dierks says, “There was a picture of her on Twitter world of her with a drink in her hand, so I don’t know.”