Your Opinion: “They Were Good Until They Got Sober” 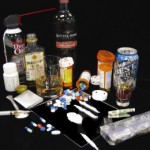 On New Year’s Day in 1953, country music’s first superstar Hank Williams died of what could be considered an early-era overdose–heart failure due to a lethal combination of morphine and alcohol. He was the first superstar musician to die in this manner, issuing in an era that would see the deaths of Jimi Hendrix, Janis Joplin, Jim Morrison, Elvis, and many many more.

Tonight (10-27) at 8 PM Central, Roger Alan Wade will be interviewed on Outlaw Radio Chicago, which can be heard right here on SCM LIVE. He will be promoting his new album Deguello Motel, which is about Roger coming clean after 30 years of substance abuse. Roger says he doesn’t want to be preachy about it, and in no way does his new album or his rhetoric around it come across that way. However it has got me thinking about sobriety, and just how it interfaces with so much of the country music we listen to.

Country has always been heavy with drinking and addiction themes, just as often centered around the destructive nature of these behaviors as the good time nature. A surprisingly large amount of the songsters that we listen to are sober guys: Roger, Wayne “The Train” Hancock, Bob Wayne, Joe Buck, Justin Townes Earle (if the latest rehab stint stuck) even Lonesome Wyatt of Those Poor Bastards is sober.

Still we can listen to these guys sing drinking songs, and believe every word, or listen to songs about getting sober, even if we’re not, and enjoy the music regardless. The themes of addiction are universal, and so are the themes of recovery.

It seems like everywhere I’ve been looking lately, sobriety, recovery, and relapse have been an underlying storyline. It came up with Justin Townes Earle’s new album Harlem River Blues, possibly the first album he did NOT sober. I was accused of crossing a line by making that accusation in my review of the album, and two days later he was arrested after a rampage likely involving substances of some sort. I quoted the old saying then: “They were good till they got sober,” to highlight how the opposite can be true as well.

Then Roger’s album comes out with Deguello Motel, possibly his finest work to date, making you re-think that old maxim even more. Some artists may feel they must work wired because of the possible stigma of what getting clean might do to their music. Roger talked about this on Blue Ribbon Radio:

I’d just written so long when I was sideways going 90 man, and it was just a little bit daunting to do it honest. It’s been the most rewarding thing ever. My cousin Johnny Knoxville kept telling me you know it wasn’t the whiskey and the drugs writing them songs before. It took me a while to buy into that, and I’m so proud he stuck with me, and we drug this album out of it.

Every person handles drugs and alcohol differently. One person’s ultimate demon can be another’s useful escape to keep their sanity and productivity. One thing I am confident of is that the saying “They were good till they got sober,” seems so misguided now. We never got a chance to see if it was true with Hank Williams. Seeing Roger Alan Wade’s transformation, it makes you wonder what we might have missed.

What do you think?