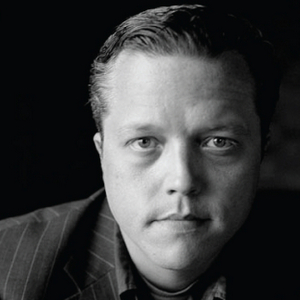 As the college football consciousness of the country zoomed in on Arlington, TX and the first official National Championship game ever played at the collegiate level Monday night, Zac Brown Band was tapped as the entertainment for ESPN’s College Gameday presentation leading up to the big game. The Ohio State Buckeyes would shock the Oregon Ducks when they won the game as the 4th seed in the tournament, but even more shocking for many independent music fans listening beforehand was when the Zac Brown Band played Jason Isbell’s much-appreciated but fairly obscure song for fallen soldiers called “Dress Blues.”

The song appears on Isbell’s very first solo album Sirens of the Ditch released in 2007 by New West Records, after he’d left the Drive-By Truckers. It makes reference to the formal dress of Marines that unfortunately so many are buried in after returning to home from war. It was written about Cpl. Matthew D. Conley. Unlike many of these soldier songs, which sometimes cross certain lines of decency in an attempt to tug at heart strings and jerk tears with sappy and even cheesy lines that simplify the issues surrounding loss and war, “Dress Blues” shows off Isbell’s burgeoning prowess as the world-class and well-decorated songwriter that is known in the Americana world today.

Many acted surprised and downright shocked when they heard Zac Brown performing the song, but folks shouldn’t sell Zac so short. Remember, in 2014 Zac not only allowed Sturgill Simpson to open for him on his arena and amphitheater tour, he requested him. Brown seems to be aware of at least some of the doings in independent and Americana music world. A video of Zac performing ‘Dress Blues” acoustically at Camp Southern Ground can be found from November 1st, 2014, so this is not something completely new.

Some Isbell fans have complained how the song was introduced as one of Zac Brown’s “hits,” which was unfortunate, or whined that that Zac Brown changed the late verse from, “Hollywood war” to “God awful war.” But Isbell himself was very appreciative for the opportunity given to his song, thanking both ESPN and Zac Brown on Twitter following the performance. This isn’t a competition between whose version is better, and we can’t be surprised some clueless announcer didn’t give Isbell proper credit. As Isbell said yesterday, “If you want more popular country artists to sing songs that have some real meaning, don’t be pissed at the ones who do.” 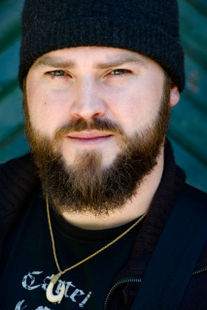 The next question looming in the minds of many Jason Isbell and Americana fans is if Zac Brown’s performance is a precursor to the song making it onto Brown’s upcoming, much-anticipated album this spring, or even potentially being released as a single. Saving Country Music has seen some chatter that this very well might be the case, but nothing has been confirmed just yet. Major acts like Zac Brown like to keep things like track lists to upcoming albums close to the vest until they’re ready to announce them, and we should all respect artist’s right to release that info when they so choose.

But a major country artist like Zac Brown is not going to take the opportunity to perform a song he’s not invested in somehow when such a big spotlight is shining on him like it was with the College Gameday experience right before the National Championship. Songs that show respects to fallen soldier have become almost a requirement on mainstream country albums over the last decade, and maybe Zac Brown decided that if you’re going to do one, you might as well do one with heart.

It is, or was only a matter of time before big mainstream artists started tapping into the incredible talent pool of independent country and Americana for album cuts, if not singles. Jason Isbell and Sturgill Simpson have done something remarkable in the last couple of years, elevating independent roots music to an entirely new level, and in a way where songwriting and not performance is the centerpiece. The possibility of these two becoming like the Guy Clark and Keith Whitley of modern country, directly influencing and writing for the bigger performers of the genre is very real.

Zac Brown has now shown love to both Isbell and Simpson. A few weeks back, Spotify was passing around Jake Owen’s most listened to albums of 2014, and Jason Isbell and Sturgill Simpson were #2 and #4 respectively. We know Keith Urban is a big Sturgill fan, and that he was turned on to him by Jake Owen. Isbell and Simpson are who many mainstream country performers are listening to, and are passing that information around to each another, and opening up possibilities of other independent artists. It’s only a matter of time before multiple cuts from these artists make it onto big albums, and with that, the reward of financial stability and greater exposure as songwriters.

Let’s not get too ahead of ourselves though, and let’s not jinx their prospects. We don’t even know if Zac Brown’s performance was a one-off deal. And even if it was, what a cool moment for Jason Isbell, Zac Brown, and the interfacing of music and sports, which is always fun. And once again it symbolizes a changing of the tide as a big mainstream act looks away from Music Row’s cubicle farms for material, and look towards the modern day heroes of independent music.