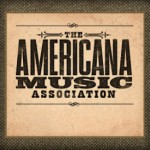 Wednesday night (9-12-2012) country music’s mother church The Ryman Auditorium was alive with the sounds of The 2012 Americana Music Awards that saw an always talented, eclectic (and sometimes confusing) flock of musicians, songwriters, and performers amass to give credit to the best and brightest of the year. Part of the greater Americana Music Conference happening in Nashville this week, the awards featured excellent performances from legends such as studio great Booker T. Jones and songwriter Richard Thompson, as well as Emerging Artist nominees The Alabama Shakes and Deep Dark Woods.

Some highlights of the night were Booker T sitting in with The Alabama Shakes, Cary Ann Hearst of Shovels & Rope doing the “Another Like You” duet with Hayes Carll, and my favorite part of the night, when Song of the Year winner Jason Isbell thanked his manager Traci Thomas of Thirty Tigers, and then took a shot at The Country Music Anti-Christ saying he wanted an empty chair onstage “…so I could yell at an invisible Scott Borchetta.” Generations were bridged when Patterson Hood of the Drive By Truckers, the son of a famous studio musician David Hood of the Muscle Shoals Rhythm Section gave an excellent speech inducting Booker T Jones as an Americana Lifetime Achievement Award recipient for instrumentation.

Lifetime Achievement Award for Performance inductee Bonnie Raitt closed out the festivities with two songs, including her signature “Thing Called Love” before the stage filled with Americana dignitaries including Bonnie and John Hiatt to do a stirring rendition of The Band‘s “The Weight” in tribute to the late Levon Helm, who was remembered along with Doc Watson and Earl Scruggs.

Jim Lauderdale hosted the event, and Buddy Miller, Don Was and others worked all night as the Americana house band.

How to define the term “Americana” was the running joke all night (and is somewhat of a tradition of the awards), but whether you were listening in through NPR’s live stream or lucky enough to subscribe to the right service get it on the TV, it was hard to argue with the talent and accolades the Americana Music Association used to define the 2012 awards.

Instrumentalist of The Year

“This Ones For Him” A Tribute to Guy Clark

Jason Isbell’s “Alabama Pines” off the album Here We Rest