2012 was a high profile year for Halls of Fame. From the kilted screecher Axl Rose pulling like a Sex Pistol and telling the Rock & Roll Hall of Fame to kiss off, to the Baseball Hall of Fame not inducting a single member as the steroid era falls like a shadow on the eligibility timeline. Similarly to baseball’s Hall of Fame, and in polar opposite of its rock & roll counterpart, the Country Music Hall of Fame has kept its legitimacy and honor over the years by being an exclusive get.

Since 2001 when there was a whopping 12 inductees, anywhere from 2 to 4 names have been added to country music’s most prestigious list each year. Usually one name from the above mentioned categories makes it per year, but if no name gets enough of a majority vote, a category may not be represented in a given year. Or, if two names get enough votes for a single category, then both may come from that category.

Modern era inductees are usually big, high-profile names in the first few years of their eligibility. In 2012 it was Garth Brooks. In 2011 it was Reba McEntire. These are performers who would have risen to prominence between 1968 and 1993. 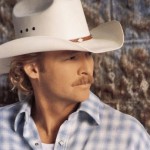 Alan Jackson – This is the big name this year that could be inducted in his first year of eligibility like Reba and Garth. Jackson would be a solid pick as a pretty strict traditionalist who experienced lots of commercial success and still remains relevant in country today.

Ricky Skaggs – Along with Kenny Rogers, Ricky Skaggs was one of the names that felt right on the bubble of being inducted last year. Skaggs has bookened his career as a mandolin maestro, studying under Bill Monroe and now firmly ensconcing himself as a country music elder. In between then, he had tremendous commercial success in the 80’s when country was searching for its next superstar. This would be another pick that few could argue with. 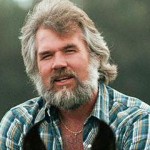 Kenny Rogers – He must have been only a few votes from induction last year, and it only seems like a matter of time before The Gambler gets in. The month after the 2012 inductees were named, Rogers was named the Hall of Fame’s “Artist in Residence,” possibly signaling that Kenny was close, but not quite there. Some purists may complain that Kenny started in rock and also helped usher in a more pop-influenced era in country, but you will find few who can argue that eventually Rogers doesn’t belong in The Hall.

Hank Williams Jr. – Could also be considered a veteran candidate depending on where you start your timeline, and another man who will be a hall of famer at some point (with 2 CMA Entertainer of the Year awards under his belt). The question is, is this the year? Last year Jr. seemed like a strong possibility, and then a political brushup that cost him his long-standing gig as the singer for Monday Night Football seemed to sour Hank Jr. sentiment with some. With so many eligible names and so few slots, if there’s any little reason to leave a name out until next year, it’s likely to be passed over. Hank Jr. has become a polarizing figure, and the selection committee may look for someone who can build more consensus. 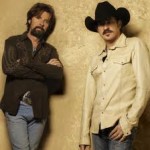 Brooks & Dunn – Brooks & Dunn was a commercial powerhouse whose career is somewhat shadowed by the success of Garth and their strange place as a non-familial country duo. Their first album Brand New Man sold 6 million copies, and they won the CMA for Vocal Duo of the Year every year between 1992 and 2006, except 2000. They’ll be in eventually, but is the list of names in their field still too strong for this to be the year? Their success is not debatable, but did they have the type of influence it takes to be Hall of Famers this early in their eligibility window?

Toby Keith – Officially eligible because his “Should’ve Been A Cowboy” was released in 1993, but it wasn’t until the 2000’s when Keith really became a dominant force in country music, both commercially and influentially. He’s a long shot, but a possibility.

Other possibilities: Ronnie Milsap (saddled by his “crossover” status), The Judds, Randy Travis (bad news year for him), Clint Black (and his disappearing act for the last few years), Tanya Tucker, The Oak Ridge Boys, Crystal Gayle, and Mickey Gilley.

It is much harder to compile a field of candidates in this category because the time period is so wide, and the possibilities are so endless. So instead of trying to name off every possibility, here are some serious contenders, and some interesting names. 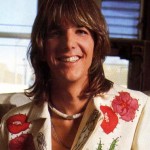 Gram Parsons – The push to put Gram into the Hall of Fame has been going on for years, but with a wet finger sticking up in the air, I think this year may be the one that if he’s not fully inducted, there will at least be enough votes for him through the induction process that he will really have to be looked at in coming years as a serious candidate. Influential country writer Chet Flippo featured Gram’s influence in August. What once looked like a ridiculous notion, now seems like a real possibility, and that is a victory for the Gram Parson camp in itself.

Jerry Lee Lewis – Jerry Lee has received a big push this year, and is a definite possibility for induction. He may be held back some since he came from rock & roll, and his antics on The Grand Ole Opry and other places over the years. But his contributions as one of country music’s preeminent piano players cannot be denied. If Elvis is in the Country Hall (and he is), his old Sun Studio’s buddy can’t be that far behind. 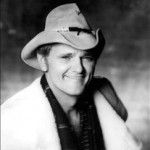 Jerry Reed – Such a great ambassador over the years for country music from his work with Smokey & The Bandit to Scooby-Doo, but Jerry Reed should be inducted for his stellar and influential work as both a performer and a musician. There weren’t many better guitar pickers back in the day than Jerry Reed.

Lynn Anderson & Dottie West – Lynn and Dottie are the two ladies that probably lead the field for female veteran inductees. The question with Dottie is if she’s known more as a duet performer. The question with Lynn Anderson is a few DUI arrests over the years. Still, both of these ladies are right on the bubble, and would not be surprising as the 2013 veteran pick. 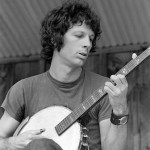 John Hartford – I admit this is a long shot pick, but I believe he deserves induction. As I said in last year’s prognostications, “The Country Music Hall of Fame works like a timeline as you walk through the displays that weave around the massive archive in the center of the building. As you start from the beginning, each artist and their impact is displayed on a plaque that includes their Hall of Fame induction date. When I came to the John Hartford display on my last visit to The Hall this summer, he was the first to have a display, but no Hall of Fame induction date.” 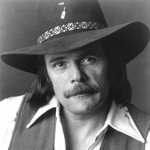 Johnny Paycheck and David Allan Coe – These names come up every year from hard country fans, and are names regularly held up as evidence of the Hall of Fame’s illegitimacy. The simple truth is that with these two performer’s shady pasts, Hall of Fame induction is going to be difficult. Johnny Paycheck has a more distinct possibility than David Allan Coe, because Coe could create a public relations nightmare for the Hall of Fame from people (correct or not) who label Coe a racist, sexist, etc. etc. Patience mixed with persistence is what Coe and Paycheck fans need to see their heroes inducted, as time heals all wounds. Eventually I think both men should be in, but they may have to wait for a year with a weaker field. Seeing Hank Jr. go in may be the sign the Paycheck and Coe’s time is coming.

Possibly the hardest category to prognosticate, I would put Fred Foster as a producer candidate, music publisher Bob Beckham as another candidate, and Chet Flippo as a candidate for a music writer. Chet Flippo wrote the introduction to Willie Nelson’s Red Headed Stranger and Wanted: The Outlaws, and was seminal in spreading the influence of country in the 70’s with his writing in The Rolling Stone.

Really, Mike Curb‘s name should be in the discussion. He is the namesake of the conservatory that greets you when you walk into the Hall of Fame. But with his shenanigans the last few years battling both artists and other labels in the courts, Mike Curb may be waiting a lot longer for Hall of Fame induction, if not forever.

Veterans Era: Gram Parsons, Jerry Reed, John Hartford, Maddox Brothers & Rose, Johnny Paycheck. If I had only one? Give me Gram and we’ll worry about the others next year.