We’ve talked about 7 Men Who Could Immediately Make Country Music Better, now let’s take a look at 9 women who could do the same. It’s been well documented that here in 2013, the women of country are outpacing the men when it comes to the quality of music–women like Kacey Musgraves who’ve seen breakout commercial success. But that doesn’t mean there aren’t more women who could still strengthen the substance of country music if only given a chance.

Valerie June positively slayed the audience when unannounced and unexpectedly, she appeared on the 2013 ACM Awards in a duet role with Eric Church during his song “Like Jesus Does.” But that is just the very beginning folks. That moment very well may all be trumped when her album Pushin’ Against A Stone drops August 13th, and it puts her in the elite company of country women leading the creative revolution. Don’t rest on this name. Valerie June will be a force in country music. 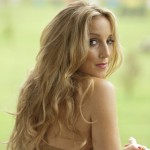 If you’re looking for the one person, the one name of a female country artist, or an artist of any gender with a traditional sound that is poised at the brink of breaking into the big time, there’s no better candidate than Ashley Monroe. Signed to a major label, and already on the mainstream’s radar from her work with The Pistol Annies, Ashley is one of the chosen few artists that can run with the big boys on Music Row, but still do it her own way. With sad eyes the size of Cajun tires, a sincere voice inflected with so much pain, and a solidly traditional bent to her songwriting, she may be just one breakout song away from taking traditional country big time. Fingers crossed.

A somewhat accidental band that has become a powerhouse of the Texas music scene, The Trishas score high on every one of the major music food groups. Class, character, creativity, four-part harmonies, fully-developed songwriting, and maybe most importantly, the fun atmosphere that can develop when you toss four talented ladies into a tight knit group. They are The Dixie Chicks for the new century, and the Pistol Annies for the rest of us.

It’s said all of the time. “Be yourself.” But it’s amazing how we get so sidetracked from this maxim as we chase shallow measures of success. I don’t know that anyone had a solid grasp on who Holly Williams was, maybe not even Holly Williams herself, until she decided to shirk herself of wrangling label producers and the expectations of what being the offspring of country royalty should be and just simply opened up a window to her soul and started singing. Her latest album The Highway has put her right there in the mix of strong country women attempting to lead the music in a more substantive direction, and it’s hard not to look at her last name and not consider the potential that pedigree affords. 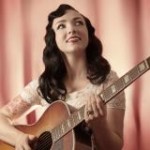 Rachel Brooke is the Emmylou Harris of our time, it’s just that the greater country music world has yet to wake up to that truth. You listen to her albums, or maybe more importantly the albums of others that she appears on, and you get that same tingly feeling on the back of your neck you did the first heard Emmylou harmonize with Gram on Grevious Angel. Rachel’s voice should be all over country albums. She should be criss crossing the continent contributing to studio sessions, while in the meantime cutting her own critically-acclaimed records. Rachel’s voice is a national resource that’s downright criminal for us not to tap.

Don’t look now, but Shovels & Rope just recorded an episode of Austin City Limits, played Letterman a while back, and has been rocketing up the music ladder like no other band of their ragtag stature I have ever seen. In the vacuum of the The Civil Wars hiatus, Shovels & Rope and their authentic, gritty, and sweaty music has touched the mother of all nerves of music fans, and Carry Ann Hearst is the primary catalyst for it all. With a voice like Loretta and songwriting chops like Dolly, she’s threatening to take Shovels & Rope to a whole new level for dirty roots music.

With only one word to describe Lindi Ortega, I would pick “stunning.” I don’t know if she could ever atone for all the sins of her fellow female Canadian country singer Shania Twain perpetrated on the genre, but Lindi’s style is something that is both hip and classic, and cuts across traditional lines of taste to bridge fans of any good music. Lindi’s fierce independent streak is probably something that will always keep her hovering more around the independent channels of music, but that doesn’t mean she doesn’t have a voice and songs fit for the masses that are so malnourished by their mainstream radio diet.

These absolutely spellbinding sisters from Sweden are a perfect example of how you can take a sincere passion for the traditional foundations of country music, and infuse them with a more progressive, more modern sound to make them universally relevant to the current ear. Their close harmonies and ear for composition are unparalleled in country music right now. 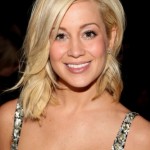 Yes, compared to many struggling up-and-coming artists, including many of the other names on this list, Kellie Pickler has already seen her fair share of the spotlight. But she left all of that behind to pursue her passion for traditional country music, and became saddled by a label unwilling to give her music the attention it deserved; music that when listened to, baffles the mind on how it went so ignored by country radio. If simply given the opportunity, “Kellie country” could crash the pop party at the top of the country charts. Whereas for some other artists their reality show pasts have become a burden to finding acceptance from critics and true country fans, Kellie is using it like a Trojan horse. She’s one of the top leaders on this season’s Dancing With The Stars, and combined with her American Idol celebrity cred, she could inflict some serious damage on creatively-bankrupt music from her combination of celebrity and substance. Go Kellie!