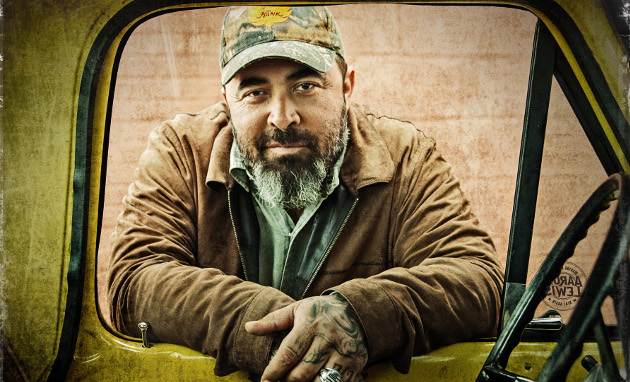 Most every day a story of someone in the greater country music realm announcing an upcoming album goes out across the wires, sometimes including the info on a new label, or the release of a lead song. But I can’t recall a more strange scenario than this one. Aaron Lewis, the frontman for [retracted for the whiners] Staind, whose been dabbling in country music for years now, has just signed to Dot records—a division of the Big Machine Label Group—and will be releasing a new record called Sinner on September 16th. And as part of the announcement, Aaron has released a country protest song called “That Ain’t Country.” Lewis has been performing the song live for a year or so now.

Compounding the unusual nature of this news, the album is now available for pre-order through the crowdfunding site Pledge Music. Pledge Music says it’s different from other crowdfunding sites because it is “direct-to-fan” from the artist, but then why are Dot and Big Machine involved, especially since this song “That Ain’t Country” ostensibly cuts down 2/3’rds of Big Machine’s roster, including fellow Dot label mate and rocker-gone-country Steven Tyler? 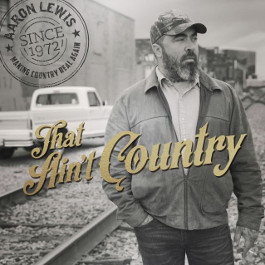 Aaron Lewis’s work in the country realm has etched a strange arc in itself. He started out by releasing a pretty terrible song called “Country Boy” that was met with poor reviews and mild fanfare. Then in 2012 he turned things around a bit with his first country full-length called The Road. Then a couple of years later in 2014, while Lewis was on an acoustic country tour, he was calling out pop country from the stage left and right, and specifically shat on Tyler Farr for his stalker song, “Redneck Crazy.” Aaron Lewis had gone from a “gone country” carpetbagger to a traditionalist hardliner willing to spit venom in the eyes of anyone not respecting the integrity of the genre.

The new album Sinner, and certainly the lead song “That Ain’t Country” begins where Lewis left off. We’ll have to wait and see if the album is any good or not, but you can be rest assured it will sound country. Written mostly by Lewis himself, Sinner also includes a song co-written by Chris Stapleton called “Whiskey and You,” a cover of Bruce Robison’s “Travelin’ Soldier” made famous by the Dixie Chicks, and a duet with Willie Nelson.

As for this protest song “That Ain’t Country,” it’s undoubtedly interesting to hear it emanating from a Big Machine imprint, but the lyrics are pretty generic. The music is great, but these country protest songs are so dime a dozen these days. They’re more cliche than the cliche’s they’re calling out, and that’s been the case for years now.

As RC Edwards, the bass player and songwriter for the Turnpike Troubadours said recently, “Pop country/bro country songs that make fun of pop country/bro county songs are the new pop country/bro country.” That’s not exactly what you have with “That Ain’t Country,” but you get the drift. It really takes a unique angle on the protest song to make it something worthwhile, like Randy Rogers’ and Wade Bowen’s “Standards.” But the effort to sabre rattle against what’s happening in country is always appreciated, and it probably means that whatever we get from Lewis is going to be authentic, even if some continue to question whether Lewis is authentic as a country artist himself.

Yeah, so there’s all that. It should all make for a pretty interesting few months ahead of the release of Sinner. You can get a load of the track list below. 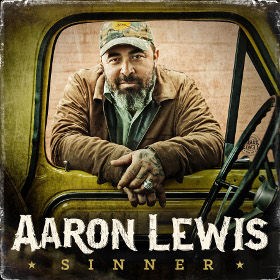 If you do the Spotify thing, you can listen to “That Ain’t Country” below.