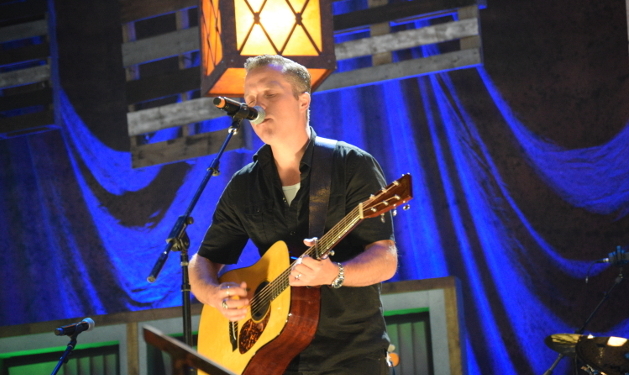 Jason Isbell has ascended to being considered the King of Americana by making all of the right moves at the right time. Yes, composing incredible songs, and performing them with passion has been part of the magic that has made him so popular that he’s even broken through the glass ceiling of Americana and found himself nominated for a CMA Award to go along with his multiple Grammys. But it’s also been the expert management of Traci Thomas, the support of Thirty Tigers, the strong work of producer Dave Cobb, and fortuitous timing in general that has put this independent songwriter at the top of the heap in American music.

Isbell’s Ryman Auditorium residencies over the last few years have become a thing of legend all to themselves. Stringing together multiple sold-out nights, putting together important lists of openers and guests, and then delivering when the lights come up has been an important part of his ascent. In some ways his success and reception at the Ryman has been the rock, and the wellspring from where Jason Isbell’s success has emanated. Making a live record from the building only seemed natural, if not necessary.

But the simple truth is that Live From The Ryman is a rare misstep by Isbell and his crew. There’s nothing specifically wrong from the performances on this record, which were taken from his 2017 residency at the Mother Church of Country Music. There’s nothing much to second guess with the set list or sequencing of the record specifically. Perhaps you could wish for a bit more stage banter, or maybe a cool collaboration with someone to make the cut, which is common on live releases. But the ultimate failing of Live From The Ryman is that the record was just poorly recorded to the point of being flat out unflattering to Jason Isbell and the 400 Unit, and unrepresentative of what many have seen them do live at the Ryman and other concert venues across the United States and the world.

Live From The Ryman just sounds bad, and whether it was poor mic placement and isolation from the stage, decisions made in the mixing or mastering process, bad moves when it came to what performances to select, or a combination of all of these things, it just doesn’t result in what you would hope from a record with Jason Isbell’s name printed on the front of it. And what’s even more frustrating is the recordings were made over a six day period, which should have given them plenty of opportunity to listen to what they had, make any necessary adjustments, and get it right to ensure the songs and performances of arguably the most important figure in Americana music were represented well in the live context. 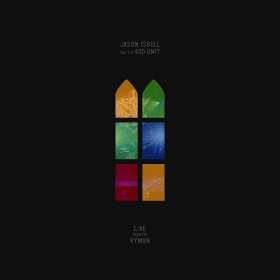 From the opening song “Hope The High Road,” the drums are barely audible, the bass is incredibly boomy, the rhythm guitar is way too loud, and Jason sounds like he’s singing underwater. There’s little clarity, virtually no separation, and the entire experience is so echo-filled, you feel like you’re hearing physical mistakes by the 400 Unit, even if there aren’t any. It’s just too muddy for most of this record, and not something you can blame on the venue, or the players specifically, unless Isbell & Co. were just off six nights in a row, which is hard to believe. And it’s not about sacrificing quality to make sure you capture the energy of the performances. Even the energy feels low, despite the recordings likely having plenty of energy when they occurred.

And when the finish product was being finalized, the people involved must have known what they had was below the standard Jason Isbell has set for himself, and the standards the pantheon of live recordings has achieved over the years, including from eras when technology and understandings of acoustics were not nearly as advanced as they are today.

Emmylou Harris’s At The Ryman from 1992 is a critically-important live record taped in the same space a quarter century ago, and is light years ahead of Live From The Ryman in audio quality. It was also an important record, because at the time the Ryman had been virtually abandoned, and Emmylou’s insistence upon recording a live album in the hall is what helped bring it back to life.

Jason Isbell’s Live From The Ryman is not all bad though. When the instrumentation is drawn down, the bad audio quality issues diminish, and quality performances emerge. The extended versions of “Last Of My Kind” and “Cover Me Up” near the end of the record help rescue the effort, even though they’re still less than ideal. It’s also important to note that live albums, just like EPs, often get relegated to the second tier of an artist’s release menu. If this misstep was made on a studio album, we might be talking about Jason Isbell loosing his momentum. Still, what’s so frustrating about this release is it feels so avoidable. He didn’t have to release this record if the experiment of recording at the Ryman failed.

In the pretty harsh reviews on Amazon and iTunes you can find a few accusations claiming this release is an outright cash grab by the Isbell camp. I’m not sure this is the case. But someone in this process should have put up a stop sign. As a bootleg for Record Store Day distributed in limited quantities, perhaps it flies. Isbell’s Live From Alabama released in 2012 from Lightning Rod Records is a far superior live work from Isbell and the 400 Unit. Frankly, the 2008 EP Live at Twist and Shout released in 2018 as part of Record Store Day by New West—and that Jason Isbell disapproved of and said was no good—is still better audio quality than Live From The Ryman.

This won’t be a career killer for Jason Isbell, because fans are more inclined to overlook a live recording as opposed to using it to define their feelings on an artist. But it’s nonetheless disappointing because it could have been such a cool release as a capstone to Jason Isbell’s Ryman experiences, and continued to help carry the momentum of his career until the next studio release. Now a new studio record can’t happen fast enough to remove the bad taste. Sales of this record have also been strong due to Jason Isbell’s loyal fan base and specifically from pre-orders before full previews were available. They trusted him and his team, and it’s understandable how some feel let down.

The songs, and many of the performances captured on Live From The Ryman are still strong. It’s not like this record is a complete dud. But it could and should have been so much better. Audio quality was an unforced error, and now your only opportunity to experience the magic of Jason Isbell at the Ryman will be if you’ve seen him there before, or can catch him there in the future.