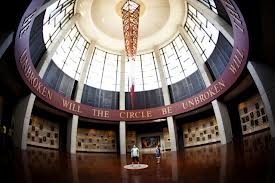 The battle for the heart of country music will rage on, and the arguments surrounding what country music is, what direction it should take, and what its influences should be will be an eternal one. But it’s hard not to look back on Blake Shelton’s recent comments about country music’s traditional fans, saying in part that “Nobody wants to listen to their grandpa’s music,” and surmise that with Blake Shelton’s standing as the reigning Country Music Association “Entertainer of the Year,” that this won’t go down as a very important notch in the country music historical timeline. The arrogance and short-sightedness really goes without saying, and can be seen by virtually any cool-minded observer aside from Blake Shelton’s most dedicated apologists and their contrived explanations.

As a majority, Americans and both angry and bewildered by what has happened to country music, non country music fans included, if not being the majority home of that sentiment. But the devout traditional country fans are the ones with the biggest beef, as they’ve watched their culture be stolen from them, and then re-sold as parody.

In 2012 Saving Country Music struggled to garner interest and passion from the country music community when some of the most important and influential story lines to ever touch the genre unfolded. The sale of the Grand Ole Opry to Marriott International and the biggest re-write of Billboard’s chart rules in 70 years went down in 2012, and the prevailing sentiment amongst the traditional and classic country fandom was wholesale apathy. What I heard from folks was, “Hey, we have our music, who cares what happens to country as a whole?” But Blake Shelton did something that none of these stories could. He awoke the quiet, dormant rage of the disenfranchised true country music fan by outright insulting them.

Where does Blake Shelton think country music came from? Who does he think built the genre from virtually nothing to now being able to bestow to him untold riches that rival the national budgets of some small countries? Does he have no respect for the ones who came before him and gave their very lives for this music; songwriters and side men who never saw the spotlight and never tasted country music’s immeasurable bounty beyond the gift of the music itself? As a Grand Ole Opry member, does Blake not feel the magic when he stands on that section of wood taken from the Country Music Mother Church when he stands at center stage?

Yes, without question there are more popular country music fans who want to hear catchy music that they deem relevant, than people who want to hear classic country music that is either from a back catalog, or from a modern artist who evokes a classic or traditional sound. But there’s quantity, and then there’s quality. If every pop country fan is like a foot soldier, then every traditional country music fan is like a battleship: steadfast, reliable, strong, powerful, trustworthy. They will go to bat for the music they love because it exists in the very fabric of their lives, and the way Blake Shelton’s comments were received is a testament to that. Traditional country is played in their homes as a force of habit, it serenades them at their funerals. A pop country fan’s love is fleeting, pliable, relying on the winds of trend to define its ever-transient nucleus.

But the idea that youth has no regard for “grandpa’s music” is taken from a horrifically myopic perspective. Last week The Lumineers played Saturday Night Live. The biggest band in rock music in 2012 was Mumford & Sons. We can debate back and forth the long-term viability or quality of this music too, but when you look at what is at the cutting edge of creativity, fashion, art, music, throughout the current culture, it is a sweeping appreciation for our past. From banjos, mandolins, and fiddles finding their way into what could be regarded as pop music, to hipsters walking around in vintage Ray-Ban glasses, modern young popular culture could not only be sold as being influenced by grandpa (and grandma), it is outright obsessed with grandpa. And what about all the nostalgia in the themes of these modern pop country songs? What would there to be to reflect on if it wasn’t for country music’s past?

There is no bigger judge, there is no better test than that of time. Time is the ruthless, heartless judge of art and ideas that coldly casts off half-efforts and popular trends that lack substance like refuse to be completely forgotten by future generations. This is where Blake Shelton and his current, relevant pop country cohorts could reside if they do not pay the proper respects to the roots of the music. Classic and traditional country is the world that has withstood the test of time already. There is a reason that the commercial divide between back catalog music and current music has not only resolved, but now has swung over to where people are buying more old music than new.

Blake Shelton does not represent by any means the worst that modern mainstream country has to offer. It’s not that Blake Shelton is without talent or taste. And in many respects, traditional and classic country fans owe Blake Shelton a debt of gratitude for being honest about his opinions; opinions we know many of his fellow mainstream country artists and the stewards of the infrastructure that supports them believe vehemently.

Pop music has its place in our society, and has its place in country music, and don’t let anyone tell you any different. Pop was there at the very beginning of country, but there’s always been balance with the traditional influences. This is the formula that has kept country relevant. And most importantly, the focus must be on quality, regardless of any sonic similarities to twang or pop. But it is imperative that we shepherd this amazing gift bestowed to our ears we call country music into the future. Pop may have been in country since its beginning, but we must make sure pop doesn’t become country music’s end.

We all makes mistakes in life. God knows I have. What separates us and makes us good people is taking responsibility for those mistakes, and then forgiving those mistakes when it’s asked for.

Blake, remember where you came from. Remember being a kid and euphorically listening to old Hank Jr. records and the feeling that gave you. Help us. Use the influence of your CMA Entertainer of the Year win to help re-strike the balance between traditional and popular music in country. Take the anger and fervor of these traditional country fans and re-integrate it into the genre to make it a strong, viable art form that people of all ages can enjoy, together.

I ask this in respect.

Now,  enough of this drama. Back to the music.