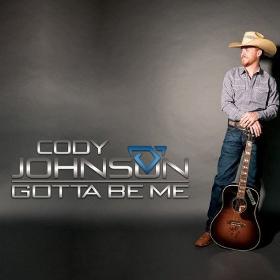 There will be no #1 for Texas country artist Cody Johnson’s new album Gotta Be Me, even though if all things were equal, he’d would be the rightful owner of the distinction. Cody is being blocked by Blake Shelton who is running a big new promotion behind his recent album If I’m Honest, selling it for only $0.99 at certain online outlets, unnaturally inflating sales, and putting The Voice coach at the top spot of Billboard’s Country Albums chart.

After a rash of releases in 2011 shot up the charts due to super low prices looking to make a splash on the charts, Billboard implemented a rule that states, “Albums priced below $3.49 … will not count towards sales data presented by Nielsen SoundScan.” However the rule only applies to titles “during their first four weeks of release,” excluding Blake Shelton from having to suffer the penalty. Blake’s If I’m Honest was released on May 20th, 2016.

Cody Johnson would have been the latest in a string of independent country artists to disrupt the album charts at #1. Though listeners are consuming albums at a much smaller rate these days, the fans of independent artists still prefer buying the records whole as opposed to streaming the hit single on Spotify. This also means more revenue for these independent artists, while they’re still besting their mainstream counterparts on an equal playing field.

Sales for Shelton’s If I’m Honest shot up 109% due to the promotion according to HITS Daily Double, and he sold roughly 25,000 copies more than Cody Johnson because of it. The sales were also good enough to put Shelton in the Top 5 overall in music, and to allow the album to go Gold. “Just found out that ‘If I’m Honest’ has gone back to #1 this week AND went gold already!!!!” Blake Shelton tweeted out Monday morning. “This calls for a drink! I love y’all seriously.”

Why is Blake Shelton’s If I’m Honest so cheap at the moment? Windmills Country opines it has to do with the 2nd round of CMA Awards voting coming up, and Shelton looking to cement his chances at the bigger nominations with a strong sales showing. No matter what the motivations, it’s a bit of a surreptitious way to top the Country Albums chart, and a shallow victory for Shelton to say the least.

Blake Shelton, Cody Johnson, Gotta Be Me, If I'm Honest