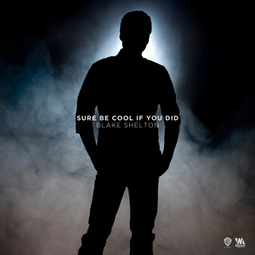 Blake Shelton’s now notorious comments about “old farts and jackasses” were culled from a larger commentary where Blake unilaterally declared himself worthy of deciding the direction of country music, warranted by his recent wins at country music award shows. Well if his latest single “Sure Be Cool If You Did” is any indication, the direction Blake would like to take country involves poorly-constructed Ebonic-laden gobbledygook club speak, set to digitally-constructed dance club beats waffed with Axe Body Spray like the tender skin of a recently waxed scrotum.

See, the problem is that Blake Shelton won those awards off of the strength of his franchise built from other avenues unrelated to country music, specifically his judgeship on NBC’s smash reality singing contest The Voice. Like a rising star in NASCAR these days, it’s not only important how well you drive, but if you can remember to hold the label of your energy drink out when being interviewed by the pit road reporter. Without one platinum album under his belt, and without being either a songwriter or musician of any record in his own right (I’ll give you “Over You” despite Miranda Lambert pulling the heavy weight no doubt), the only way Blake Shelton could ever assert any sonic leadership in country music would involve the songs he selects to cut. And in the case of “Sure Be Cool If You Did,” Blake Shelton chooses poorly.

Sure the song will do well commercially, but the opening line “I was gonna keep it real like chill like only have a drink or two” shows that Blake is not ready to lead the country music troops into battle, he’s cowering from the fight by releasing a song that is a cry for relevancy. The chorus of the song rises fairly well, and even has a decently-orchestrated guitar solo in one phrase. But the lyrical hook is flat, and the switching back and forth between an electronic dance club beat and live drums is not a progressive element, it is problematic in how it creates a confusion of mood. Later when Blake sings about a “moonlit Chevy bench seat” and a “little back road” it doesn’t forgive the song’s non-country transgressions, it makes them worse and more obvious, while loading the song down with country checklist baggage as well.

“Sure Be Cool If You Did” wouldn’t be terrible if it just stayed in its element of a slow, dance club song. But just like many current pop country songs, it simply switches urban artifacts for rural ones to qualify it as “country,” creating dissonance between subject and sonic style.

Who is Blake Shelton? What is he? With his first hit “Austin” he would seem to want to be taken as a serious artist. With songs like “Hillbilly Bone” and “Kiss My Country Ass” you would think he’s wanting to be a hard-driving “new Outlaw.” And then with “Sure Be Cool If You Did” he seems to be trying to be a soft-core, pop country sex symbol. That’s the problem with Blake. He’s never led himself in any specific direction or made a stamp through his music in any way. So how do we expect him to accomplish this for the entire genre? He’s an amalgam of milktoast influences steered by executive decisions on how not to diminish the cash value of a celbrity franchise. Even “Sure Be Cool If You Did” feels like Blake’s answer to country rap, without having the man parts to actually cut a country rap song.

Leadership takes boldness, courage, and many times, innovation–things Blake Shelton has never displayed, and is certainly not displaying here. “Sure Be Cool If You Did” is eepish and safe. Instead of leading the charge of country music up the hill against the forces of irrelevancy, Blake’s in the rear with the gear, holding a pristine white flag close to his chest, ready to give it a wave at the first sign that things look grim.

Blake Shelton, Miranda Lambert, Sure Be Cool If You Did