Cale Tyson has been one of the hottest names in independent country and Americana for the last couple of years, yet with no full-length album to back it up. Usually it’s the other way around—an independent artist riding rave reviews of a debut LP to big opportunities.

But due to a strange situation that I couldn’t exactly explain to you and Cale doesn’t seem to be able to either, Cale’s American output has been confined to a couple of short-run EP’s from a few years ago, while a full-length called Introducing Cale Tyson made out of those EP’s and released in 2015 on Clubhouse Records in the U.K. has positively thrived over in Europe. Cale was even nominated for a couple of awards by the U.K. chapter of the Americana Music Association last year, but good luck getting Introducing Cale Tyson stateside until he printed a few hundred vinyl copies earlier this year.

Cale’s woes with a proper full-length American release will change though on July 14th when his debut American LP called Careless Soul is released. Featuring collaborations with the Watson Twins, Caitlin Rose, Jeremy Fetzer from Steelism, and produced by Michael Rinne, it was recorded in Muscle Shoals, Alabama, and looks to mix Cale’s country roots with the soul tradition Muscle Shoals is famous for. Careless Soul is a lush record with horns, and features original songs, including “Somebody Save Me,” which has been debuted ahead of the release (listen below).

Tyson grew up in Ft. Worth, but originally rebelled against country music. It wasn’t until moving to Nashville in college and eventually meeting steel guitar player Brett Resnick and dating Kelsey Waldon that he feel head over heels for the traditional country sound. Careless Soul finds Cale expanding his sound, yet it is still indicative of the traditional country influences running very rich in east Nashville these days. 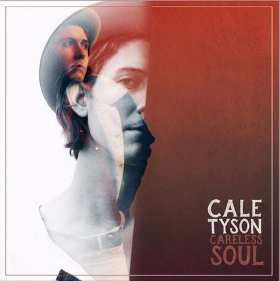