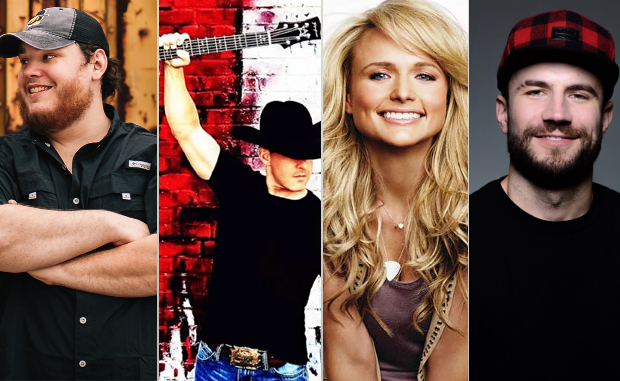 Sam Hunt’s “Body Like a Backroad” has now topped the Billboard Hot Country Songs chart for 17 straight weeks. It also continues to top Billboard’s Country Streaming Songs, and Country Digital Songs charts, with only very slight declines in each over the last week. Though it is not #1 currently on the Country Airplay chart, it remains this week at the #3 position on radio, and is showing signs of not taking the precipitous drop off country singles usually do a week or two after cresting at the #1 spot.

Though “Body Like a Backroad” is losing plays on country radio, it is not losing them as fast as Luke Combs’ “Hurricane” for example, which hit #1 after “Body Like a Backroad,” yet has fallen below “Backroad” on the radio charts to #4. Sometimes it’s not about a song holding the #1 spot, but how long a song stays at a high position on the charts that registers the biggest impact.

Meanwhile, “Body Like a Backroad” continues to pick up crossover spins, helping to keep it on top of the Hot Country Songs chart that factors in all radio spins. The song has risen from #18 to #16 on the Adult Top 40 charts, and from #29 to #27 on the Mainstream Top 40 charts, showing that “Body Like a Backroad” may not need country radio to continue its upward stride into the summer, and to potentially challenge Florida Georgia Line’s “Cruise” as the longest-running single on Billboard’s Hot Country Songs Chart of all time.

Unfortunately for Miranda Lambert, her current single “Tin Man” is headed in the opposite direction. It officially dropped from #41 to #42 on Billboard’s Country Airplay chart this week, though it did gain ever so slightly in spins. However on the Mediabase chart, which uses a different set of reporting data, Miranda lost 3 spins, even though she gain a position going from #42 to #41. Either way, the single continues to be in serious jeopardy of stalling outside of the Top 40 in its 9th week on the charts, along with the prospect that Miranda could be “done” at radio if the single fails.

On Wednesday evening (6-8) at the CMT Awards, Miranda’s performance of the song “Pink Sunglasses” was introduced as her “latest single” by numerous outlets, though according to Grady Smith, Sony says they are still working “Tin Man” as the current single. Nonetheless, if “Tin Man” is pulled early, it would be the 2nd consecutive single from Miranda to fail to reach the Top 25 on radio, while both “Tin Man,” and the previous single “We Should Be Friends” reached the Top 25 on the Hot Country Songs chart that considers sales and streams of the song, measuring a greater degree of public sentiment as opposed to the radio charts.

All of this is occurring while yet another virtually unknown male country star in Brett Young tops the Country Airplay charts for a second week with a rather generic single, “In Case You Didn’t Know,” and there are only three females currently in the Top 50 on country radio, and none in any of the top 24 positions. Only Carly Pearce’s “Every Little Thing,” helped along by iHeartRadio’s “On The Verge” program is in the Country Airplay Top 25 at the moment at the 25th position. Despite continued claims that it is a new day for females on country radio, including from women who’ve had some chart success such as Kelsea Ballerini and Maren Morris, the charts continue to paint a significantly different picture.

One bright spot continues to be the ability for independent artist Aaron Watson to hold his own on radio. This week his single “Outta Style” raises from #37 to #36, even though it appeared a few weeks ago that it may be done after peaking at #30. Midland’s “Drinkin’ Problem,” which is far from independent on the Big Machine label, but finds positive reception among many independent and traditional fans, sits at #15 now for consecutive weeks. Though it continues to gains spins, it may face an uphill battle in a crowded field to get to the Top 10, including Darius Rucker’s “If I Told You” that looks to become his latest #1 next week, and Dan + Shay’s “How Not To” poised to take #1 soon as well in Nashville’s equal opportunity #1 merry-go-’round.

In the Wheeler Walker Jr. vs. Luke Combs sweepstakes for the #1 country record next week, it appears that Luke Combs is pulling away. According to Hits Daily Double‘s building albums chart, Combs has moved over 25,000 units, while Wheeler Walker Jr. is hovering around 6,000. In fact Chris Stapleton’s From A Room Vol. 1 is doubling up Wheeler at the moment. But don’t be surprised if Walker makes a late surge. Thirty Tigers artists are sometimes under-reported on Hits Daily Double until the end of the week, and Wheeler just made an appearance on the Joe Rogan podcast, which can be a huge driver for sales.