Cody Canada Shares ‘Some Old, Some New’ on Acoustic LP 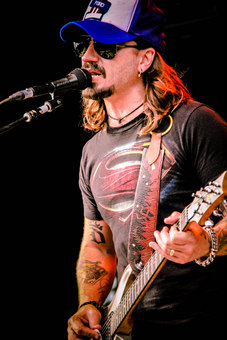 To say that I had trepidation about this album heading into it is probably understated. I should have known better and just trusted the Cody Canada name and the weight that it carries, and had a little more faith that when he announced that he was putting out an acoustic live album with some covers and old songs and maybe a few new ones, that it wasn’t just going to be a stop gap like the shape some acoustic-only and live albums can take.

But it’s not like Cody Canada is on a big winning streak. Fellow songwriter and guitar player Seth James is leaving Cody’s current band The Departed at a time when the band seems to be struggling a little bit to get their feet under them, and you get the sense Canada is still trying to find his long-term place both sonically and logistically in the post Cross Canadian Ragweed world.

But this might also be one of the coolest things about Some Old, Some New, Maybe a Cover or Two—it feels like Canada taking a moment to reflect on his past, refocus on his roots, and ready himself for the future. This album is much more than just running through some old Ragweed material, a couple of Departed tunes, and a few of his favorite songs. There’s something unspoken between the tracks (in an album with a lot of speaking and stories) that makes you feel like you’re witnessing a catharsis of some kind, like Canada is working cobwebs out and exercising demons to set the table for where he’s going next. We very well may look back on this album as an important moment in the Cody Canada canon.

Acoustic and live albums naturally get relegated in an artists’ discography, fair or not, because it takes less effort to create them. But almost with that sense, Canada puts every effort into making each take on this album something special. At the same time, the ease and comfort level of this record is magnanimous and magnetic, like you’re sharing in the music with Canada instead of listening to a star on a stage.

Sometimes solo acoustic albums can feel a little thin and leave the ears wanting, but the sound on Some Old, Some New is full and crisp. One of my favorite moments in the album is being immersed in the low end Canada’s guitar emits during his cover of Neil Young’s “Harvest Moon.” He leaves his lower strings open and ringing while working the melody with the upper ones, allowing deep resonant bass tones to engross the listener. For having such a loose theme, the song selection is pretty smart. Whether you’re a long-time Cody Canada fan, or someone looking for a good primer of his material as a place to start, Some Old, Some New is not a bad choice. 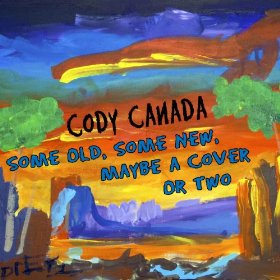 The stories and banter are what really take this album to the next level. You get Cody telling the story of how he met Jason Boland, and a recount of the moment that inspired the song “17.” You get the long version of the story behind the song “51 Pieces” about getting semi-busted in snowy Ohio (there’s a lot of marijuana talk on this album, incidentally). You get both of Canada’s sons Willie and Dierks on stage singing on “250,000 Things” and “Bluebonnets”; both songs that are written and inspired by the two boys respectively. And that is just the tip of the iceberg of the banter and bio that Some Old, Some New affords, including a monologue leading into the 2003 Ragweed hit “Constantly” where Canada says:

I think love songs should be celebrated and I think love songs should be written all the time. And I think all these people that are singing about beer and Jesus and roads and all that stuff, I think they need to stop doing that for a little bit and go fall in love for a little bit and grab a guitar and write about how much you love that person. And quit writing music about getting drunk. People get drunk when they’re sad or happy man, who gives a shit? I want to hear how much you love that broad. I want to fall in love with her.

Sure, banter and stories are not going to be as infectious as songs in the long run, but it gives Some Old, Some New a continuity and a mood that puts you right in the audience; something many live albums miss with their clean cuts between tracks. Banter makes up a great bit of this record, and you don’t need to be well-versed in Ragweed or Red Dirt lore to relate to it. There’s 19 total tracks on this record, captured at Third Coast Music in Port Aransas, TX, including two that reach over 11 minutes; a lot of material to say the least.

Some Old, Some New is an acoustic live record, but it’s not just another acoustic live record because Cody Canada is not just another artist. Dripping with charisma, it’s quizzical how he’s just royalty in Red Dirt and not the rest of country music until you realize that it is not this way because of injustice as much as Cody’s own choices. Cody Canada has always stood on priority and principle, putting family and friends and duty to the music first, and nowhere is this evidenced more than on this record.

Purchase Some Old, Some New from Cody Canada

Preview & Purchase Tracks from Some Old, Some New