Trigger Down with Pop Country 39 Comments 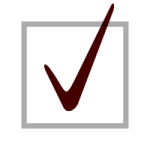 Before you read this article, first read the quote at the very top of the page. I can’t think of a better example of music eroding culture than what some think these country checklist songs that are all the rage in country music right now are doing to the mainstream country environment.

On July 24th, a 19-year-old named Michael Skehill was heavily assaulted at a Tim McGraw concert in Mansfield, Mass, resulting in him having to undergo surgery and having his spleen removed. The Mansfield Police Chief when talking to CMT had a very interesting take on what is going on in country these days, and how it’s effecting behavior.

Country used to be an easy night for us. Now it’s anything but. Country’s just changed. I’m a country fan, but the music and the singers have a party motif about them now. It’s all about drinking.

And about fighting. These are two very important elements to the country checklist songwriting formula. As these country checklist songs have grown, so have fights and assaults at mainstream country concerts, according to my meticulously unscientific and wholly anecdotal findings. Look at the #1 song in country music right now, Jason Aldean’s “Dirt Road Anthem”:

Yeah, I’m chillin’ on a dirt road, Laid back swervin’ like I’m George Jones.
Smoke rollin’ out the window, An’ ice cold beer sittin’ in the console.

Where ya learned how to kiss and cuss and fight too, Better watch out for the boys in blue.

Ya better mind your business, man, watch your mouth, Before I have to knock that loud mouth out.

“Dirt Road Anthem” was co-written by Colt Ford and Brantley Gilbert, the latter being one of the performer’s on Willie Nelson’s Country Throwdown Tour this summer. Apparently it was not unusual for fights to break out between Brantley Gilbert fans during his turn on the Throwdown stage. When I interviewed fellow Country Throwdown performer Austin Lucas, he was complimentary of Brantley himself, but remarked on the trend of some of Gilbert’s fans to get rowdy during his set.

He’s one of the most popular people on this tour. He’s really doing well for himself, but the thing is, his fans, they cause, they have a lot of fights. And this is nothing against Brantley Gilbert, who I think is a really nice guy. All the guys in his band are amazing people, and a lot of his fans are really cool. But there’s also this element, that country pissing contest, that checklist of things that make you more country, and one of them is fighting.

Brantley Gilbert has a song called “Take It Outside”:

And if you think you’ve got the guts, Then lets take it outside
If you think your man enough, You really wanna knuckle up
If you wanna shed a little blood then lets, Take it outside
Now brother I don’t mind, I’ll be glad to stomp your ass
But if both of us walk out that door, One of us ain’t comin’ back

If you think the next thing I am about to say is that these songs should be banned, or that someone should pass a law, you are way off my scent. That would be worse than these songs themselves, but what is important to note is that when people consume bad culture, they can have a tendency to perpetuate bad culture. This is not just about taste. Usually the argument that people act out what they hear in popular music is a weak one, but maybe Music Row has finally figured out the formula.

Violence and bawdy language is nothing new in country music. Hell, Johnny Cash sang about shooting a man in Reno and snorting cocaine. But those were blues songs, and Cash was singing about the tragedy that was the result of committing those crimes. The country checklist songs are rap songs, and not just “Dirt Road Anthem”. They take the hardline machismo that is pervasive in many elements of hip-hop and have adapted them to country themes; a symptom of the the mono-genre and the coagulation of culture. These aren’t sorrowful songs about the outcomes of high crimes and hard living, they glorify the stupidity of youthful indiscretion.

To be fair, many underground country songs have these machismo elements. Hank3 has a song called “Punch, Fight, Fuck”. But these songs are also not being offered up as family entertainment, being played on public airwaves, or inhabiting the #1 song spot in the charts. Aldean’s “Dirt Road Anthem” does not require a Parental Advisory sticker, though it condones drunk driving, underage drinking, and fighting for fighting’s sake. Yet songs that may preach about the consequences of such actions instead of glorifying them many times do because they contain dirty little words.

And I wonder if all this testosterone driving country’s checklist songs is the reason that the Top 30 country songs chart has no solo women artists for the first time in recent recorded history.

I always find it ironic when I find myself on the right side of a values argument here, since I consume and sometimes promote some pretty filthy, subversive content through this site, but there’s a difference in the context of the material, and who it is being marketed to. Certainly drinking, and even fighting have a certain place in our society that if it isn’t justifiable, it is at least acceptable.

I really don’t have any answers or solutions here. I’m actually sitting back and grinning at the beautiful little mess Music Row has made for itself. First it sold its taste, then its heritage to keep the dinosaur corporations that run country music afloat. Now it has sold it’s greatest asset, the very backbone from which the music stems from, and the asset that has always given country music a distinction from the rest of popular music. Country music has sold its values, and is creating a generation of knuckle-chucking assholes in Affliction T-Shirts, and the girls who love them.