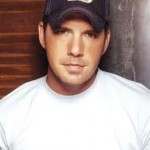 When Tim McGraw went to court with Curb Records at the end of November in an attempt to get an impasse with the record label resolved, all of the country music world was watching. A Tim McGraw win could have reverberations beyond the Emotional Traffic album he was trying to get released, his final with Curb Records. And in the following weeks, it did. McGraw’s win not only meant he could begin recording music with another label or independently, but Curb decided to release a new single for the album hours after the decision, and finally gave Emotional Traffic a release date.

The court decision was also proceeded by a couple more announcements of releases from Curb artists also on their last album with the notoriously-shrewd label. Lyle Lovett is releasing Release Me on February 28, 2012, his final with Curb who he’s been signed with since 1986, and LeAnn Rimes will be releasing her final album this summer. But in the shadow of the Tim McGraw court win came the curiously quiet announcement that Rodney Atkins had re-up’d his contract with Curb. As the headlines were making people wonder why anybody would ever sign with Curb in the first place, here was a big country star re-signing with the label he’s been with since 1996, yet has only released 4 studio albums in that time.

We would later find out the potential reason for the curious move. On November 21st, police were called to the home of Rodney Atkins after an alleged night of alcohol-fueled fighting with his wife Tammy Jo Atkins. According to Tammy, the fight became physical when Rodney grabbed her by the face, and threw her down a hallway, all in front of their 10-year-old son. And then later, she alleges Rodney tried to smother her with a pillow.

All of these ugly allegations remained under wraps before Curb re-signed Rodney Atkins on December 7th. It was a week later, on December 15th when Rodney filed for divorce that the details of the altercation became public. “Rodney Atkins represents everything that we believe in,” is how Mike Curb’s statement began when announcing the re-signing. Rodney’s attorney refutes the charges, and calls the altercation an “unfortunate verbal dispute”.

As the particulars of a very public and nasty divorce continue to materialize, one can’t help but wonder about the timing. Did Rodney sign with Curb, which continues to shed talent from it’s shady business practices, knowing his commodity as an artist was about to be severely compromised? And did Curb finally get duped by one of it’s artists, instead of vice versa?

Tim McGraw still has the main trial with Curb Records ahead of him this summer, where it will be determined if he violated his Curb contract, and if so what the penalty will be. But as one of Curb’s last remaining workhorses, Rodney Atkins’ court dealings may be just as important, as the allegations of domestic abuse get digested by the traditionally-pliable country music public.