Don’t Give Up The Term “Country,” Be Positive About It 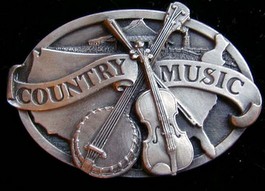 Earlier this week American Songwriter posted a feature on Brandy Clark—yet another female songwriter who has seen her big break come in 2013. What’s remarkable about Brandy’s story is that she’s not a shooting starlet riding a popularity wave on some reality show success or some similar and predictable fate, she’s a 35-year-old veteran of songwriting circles who proved her worth writing songs that balanced appeal and substance until she shattered the glass ceiling and secured her spot as a solo artist. Brandy’s story offers inspiration for other aspiring songwriters and performers who don’t fit country music’s ultra-young and male-dominated mold.

When speaking to American Songwriter, Brandy said, “It is hard for me to give up on things, especially things I believe in. And I believe in country music. I always thought, ‘It’ll come back around to a more traditional country sound.’ I don’t necessarily think it’s fully swung back to that, but there are shades of that.”

Brandy speaks about two separate phenomenon that are setting the dynamic for country music in 2013 and how it’s being perceived by it’s independent and traditional fan base.

Where it once looked bleak for any positive news to come out of country music’s mainstream channels, now there’s hope. Regardless of how awful the trends of country rap and tailgate songs might be, there are little chutes of life and vitality springing through the scorched country music earth, with female songwriters like Brandy Clark being just one example.

In September Saving Country Music published 12 Reasons to be Positive About Country Music in 2013, highlighting how women are leading the way in returning both roots and substance to the genre, how artists are speaking out about the direction of country like never before, how many independent artists are finally finding their break, and how outlets like ABC’s Nashville and Letterman are letting artists get exposure to a national audience.

Since then there has been even more positive news, not limited to George Strait being named the CMA Entertainer of the Year; the first time that’s happened for a traditional country artist in a decade. The UK’s Country Music Magazine is finally bringing widespread print coverage to worthy music, and there’s been even more success stories for artists, including Brandy Clark and Texas singer songwriter Possessed by Paul James.

But Brandy’s comments also alluded to another phenomenon facing country music: give up. As hope and outlets and success stories seem to be springing up everywhere for sincere, heartfelt music, there is still a stodgy contingent of country fans and artists unwilling to acknowledge or participate in what could be a potential turning of the tide for the genre, however small that turnaround might be. They’ve taken their ball and gone home, swearing off anything successful as simply an illusionist tool of the industry, refusing to be counted in the groundswell of fans demanding change in the country format, selling their opportunity both to be a part of the rebirth process, and to find the joy in the positivity of what is transpiring.

These fans will tell you George Strait is pop country, and his win is irrelevant because it was simply a parting gift, and next year Entertainer of the Year will go back to Blake Shelton. All of that might be true, but it doesn’t mean that the George Strait win, or any of the other positive signs in country music don’t speak to a greater awakening and renewed desire for substance in the country realm.

How can we expect to influence the fate of country music when we eliminate ourselves from the process, and are so bitter that we almost get enraged at the positive signs out of spite, or dispel them as marketing? As much as certain issues facing country music call for a hardline stance, others call for pragmatism and engagement. This is my concern for certain movements like Dale Watson’s Ameripolitan, or the new Outlaw Music Hall of Fame and their parallel Outlaw Music Association that wants to be set up as a counter to the CMA. As much as I appreciate their support of artists, their separatist ideology is alarming.

Handing over the term “country” to the enemy speaks to a deeper hopelessness. It’s also what the people that only want to use the term “country” for marketing ultimately want—a clear, unobstructed path. The whole business of genre building always seems to fall back on a narrow perspective based on “scene,” and this is what we have seen from the Americana Music Association and others. “Country” is the only term that has ever been able to unite roots music en masse under a big tent. Creating new ways to support worthy artists should always be fostered, and Americana, Ameripolitan, and Outlaw are helping to do that. But ultimately it is not a new term that is needed, it is the next breakout song, artist, or album that will help stem the tide and right the ship.

And that’s why we should never give up on country, the term or the music, and our plans to save it should not involve separatist ideologies that history has shown are rarely effective. We should insist that country music is for the people, and by the people, and it is us who choose it’s fate, and the type of music it describes.

“Damn it, the fight isn’t in Austin and it isn’t in Los Angeles. It’s right here in Nashville, right here two blocks from Music Row, and if we winand if our winning is ever going to amount to anything in the long runwe’ve got to beat them on their own turf.” Tompall Glaser