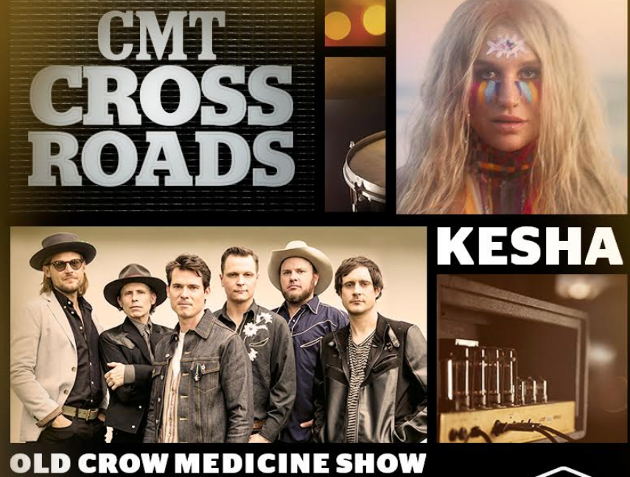 When the first ever episode of the cross-genre show CMT Crossroads aired in January 2002 pairing Lucinda Williams with Elvis Costello, we thought they were on to something that was groundbreaking, and could become legendary. Forget about the arguments of what’s country and what isn’t, this was taking the idea that two artists from separate genres could come together and enjoy music across borders for the benefit of both sides of fans. Consider it like Johnny Cash inviting Bob Dylan on The Johnny Cash Show.

But as time went on of course, the idea became bastardized by those less interested in concocting some cross-genre collaborative chemistry, and were more interested in the commercial opportunism of putting two celebrity franchises in the same room. Collaborations like Ray Charles and Travis Tritt soon gave way to Taylor Swift with Def Leppard, and more recently, Thomas Rhett with Nick Jonas, or can I entice you with Florida Georgia Line and The Backstreet Boys? There were a few other more interesting pairings sporadically placed over the series in the last 15 years, but you get the drift.

However an upcoming episode has me a little bit interested, as it pairs string band throwback pioneers and Grand Ole Opry members Old Crow Medicine Show, with who an informed music lover knows is a woman with a lot more country music pedigree and understanding than may show on the surface, Nashville native Kesha. I’ve been saying is not a matter if “if” but “when” Kesha will make a country record, and perhaps this is one step closer.

“I grew up on country music, it was the first music I sang, listened to and wrote as a child, and I’m especially stoked to be collaborating with Old Crow Medicine Show,” Kesha says of the collaboration. “I’ve always admired early country artists such as Hank Williams, Johnny Cash, Dolly Parton, Gram Parsons and Loretta Lynn and the outlaw attitude of some of those early country artists who helped create rock ‘n’ roll. To me, Old Crow Medicine Show epitomizes that attitude and wildness while also being amazing songwriters and performers.”

Of course that’s what all non-country stars say right before they want to skip genres, but with Kesha, there’s actually quite a back story, and one Saving Country Music has been speaking about since 2012. Kesha’s mom is country songwriter Pebe Sebert, whose song of note “Old Flames (Can’t Hold a Candle To You)” became a hit for Dolly Parton, Merle Haggard, and Johnny Cash.

Kesha was once quoted by popeater.com saying, “I think people should know the classics — Johnny Cash, Dolly Parton, also Townes Van Zandt, I’m a huge fan of him. [Bob Dylan’s ‘Nashville Skyline’ is] one of my favorite albums of all time, because I grew up in Nashville, and so everything about that record is really special to me. When you listen to that record, especially on vinyl, and you’re either falling in love or waking up after a long night and you’re with all your friends, it just brings up a lot of nostalgia.”

So anyway, it might be terrible, or it might be interesting to see what comes out of this CMT Crossroads collaboration. But now that Kesha’s probably reaching the tail end of her pop arc, this could be a precursor to a once massive mainstream star crossing over into country who actually has the talent, the pedigree, and knowledge to do it well as opposed to an opportunistic to attempt to save a dwindling career. We’ll see.