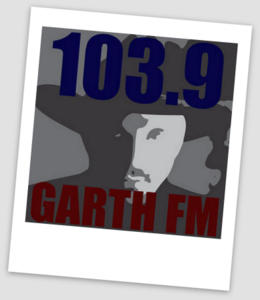 Over the Memorial Day weekend, Lousiville, KY classic country station 103.9 turned heads when it decided to switch from it’s traditional country format to “Garth, The Whole Garth, and Nothing But The Garth,” playing the 90’s country superstar on 24 hour rotation. GARTH-FM drew the curiosity of many, and the ire of some, including Garth’s legal team apparently, who has since served the radio station with orders to stop using his name and likeness in promotion.

“First”¦.the response to XXXXX FM has been overwhelming,” Program Director Todd Schumacher said in a statement. “Thanks to those of you who have reached out to us via phone, email, and social media. Unfortunately a certain artist’s legal team has contacted us and told us in no uncertain terms that we can no longer use the name XXXXX FM. So from this point forward, we will no longer use the name XXXXX FM.”

GARTH-FM’s logo of Garth’s stylized visage have been removed from garthlouisville.com and the station’s other web properties, the call letters have been replaced by ‘X”s, and though the station is still playing Garth’s songs and Garth’s songs only, his specific name in the on-the-air radio promotional content has been bleeped out.

“Our Programming team is currently behind closed doors determining the evolution of our radio station,” continues Todd Schumacher. “We don’t have a solution now, but we will soon. Tune in Monday morning at 7am to hear the debut of the new 103.9. In the meantime, enjoy more music from one of country music’s greatest artists.”

Garth Brooks and GARTH-FM by proxy been receiving great attention this week from the talk of a potential format split in country music, with the music of artists like Garth from a 25-year “classic” window being featured on their own stations, apart from Top 40 country. Garth Brooks is very much a centerpiece of this plan, with Big Machine Records pursuing the superstar to sign with their new NASH Icons venture with Cumulus Media. GARTH-FM became the first, or one of this first stations to make the symbolic shift to the new 25-year “classic” format.

Though playing only one song, or one artist during the reformatting of a radio station is a common practice in the radio business known as “stunting,” Summit Media, which owns 103.9, seemed more committed to the Garth-only format for longer than the few days that a “stunt” normally occurs.

“What’s happening now is that country is going more and more pop in a lot of ways,” Director of Marketing for Summit Media in Louisville, Brian Eichenberger told Saving Country Music on Tuesday. “You have the representation on the legends side, but you don’t necessarily have it in that 90”²s to 2000”²s, to 2002 period where country was really strong. And the best figure head for for that is Garth. So our first move was to make a strong statement about bringing that era back and making it all about Garth. May we add in other artists at some point? That’s highly possible. But right now we really want to make a statement about, ‘What happened to the 90”²s? Let’s bring them back.’ And here’s Garth to do it”

In all likelihood 103.9 will adopt this new 25-year “classic” format come Monday morning, but in the meantime, despite the naming issues, they must feel they accomplished their goal of getting everyone’s attention.