Trigger Down with Pop Country 100 Comments

…and I swear, if anyone says, “Yeah, but he’s a really great guitar player,” I’m going to personally come to your house and urinate on your furniture.

I didn’t know whether to laugh or cry when I read that comedian and country music performer Brad Paisley‘s new album due out August 26th was called Moonshine in the Truck and “sees Paisley adapting the modern technology of EDM and dubstep to the classic country formula.”

Just read this following quote from Brad Paisley, if you can somehow comprehend it and make it all the way through, while understanding this is supposed to be a country music artist, and one of the “good guys” at that.

“When you hear a banjo through stutter edit, it’s the coolest thing you ever heard,” Paisley told Billboard. “I have a song that’s a basic love song, it’s got a great groove, and I cut this guitar part that gets distorted when I turn the nob up. I would say to Luke [Wooten, the producer], ‘Oh, that should’ve been done 20 years ago, but they couldn’t.'”

You’re making crazy talk Brad that I don’t exactly understand, but I’ll take it as a sign that yet another one bites the dust, gives up the ghost, pulls a Benedict Arnold, and has migrated to the other team. Please turn in your cowboy hat on the way out the door. 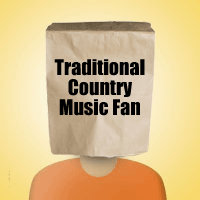 This is the problem folks. You try to be a pragmatist. You try to find some common ground. Hey, Paisley is a likeable guy: funny, smart, and yes, a great guitar player. But everywhere you look, as someone who simply cares a little bit about the sound that traditionally is considered to be country music, just paying scant attention is an exercise in getting socked in the nuts while being told you’re a closed-minded idiot who just wants all music to sound like Hank Williams. “You know, music has to evolve, man! They said Waylon wasn’t country either! Patsy Cline was pop too!”

And then it gets even worse from Mr. Paisley if you can believe it.

Oh come on Brad, you played by the rulebook for fifteen years, and now by going in some “EDM” direction, you’re conforming to the rules more than ever. Breaking the rules on Music Row these days means actually playing country music. That’ll get you 86’d from your major label deal and knocking on the doors of Americana faster than anything. It’s like what songwriter Luke Laird recently said to The New York Times: “Right now, to write a country rap, it’s almost predictable. It’s more of a risk to write a traditional country song.”

And possibly the worst commentary about all of this is that it’s not even shocking that Brad Paisley’s next album will be “EDM inspired.” Of course it will be. It’s predicable, and expected, and virtually required. And meanwhile the dissent that was being levied last summer by many worried artists about all this madness in country music has gone hush.

What’s the solution? I don’t know. I guess we should just wait for the bass to drop.