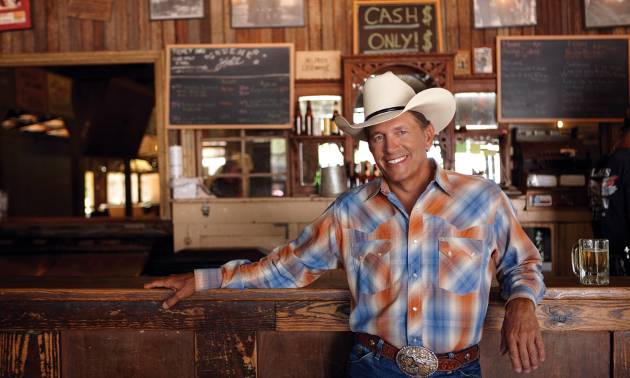 Not that country music legend and Hall of Famer George Strait needs and more validation for his contributions to music and culture for over his 35-plus years as a performer, but coming from his native state might make this latest distinction a little bit sweeter.

On Thursday, May 18th, George Strait will be officially recognized by the Texas State Legislature as the 2017 State Musician of the Year for Texas. George, along with other candidates, were nominated for the distinction by the general public, and then sent to the Texas Commission on the Arts, which decides the final recipient. As part of the announcement, pianist Marcia Ball was also named the 2018 State Musician of the Year. Past recipients include Willie Nelson, Lyle Lovett, Billy Joe Shaver, Dale Watson, Ray Benson, and Billy Gibbons of ZZ Top.

“It’s a great honor for me to be selected as Texas State Musician of 2017 and join this very prestigious list of other honorees,” said Strait about the honor. “I’m a very proud Texan and love to sing the praises of our great state every chance I get. Thank you very, very much.”

Strait’s not kidding about singing the praises of Texas. Many of his signature songs, including “Amarillo By Morning,” “All My Ex’s Live in Texas,”  “Somewhere Down in Texas,” “Does Fort Worth Ever Cross Your Mind,” and a dozen or so other songs make reference to the Lone Star State. Though Strait is not especially known as a songwriter, one of his greatest self-penned tunes is “I Can’t See Texas From Here.”

George Strait’s last record, 2015’s Cold Beer Conversation, also included the song “Take Me To Texas.” Strait has been spending much more time in Texas recently after retiring from full-time touring in 2014, but has recently been performing short runs of shows in Las Vegas recently. He also released the compilation Strait Out of the Box Part 2 in November of 2016.