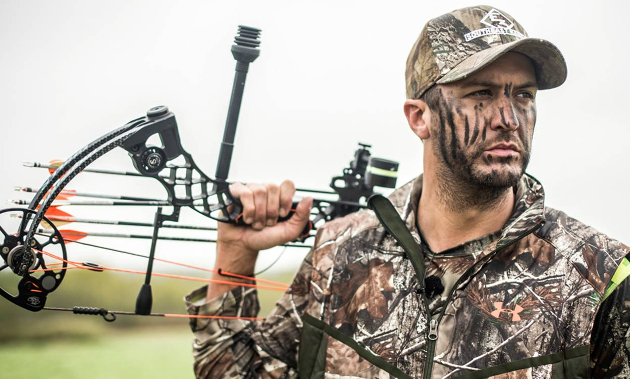 In April, WME, who represents country music superstar Luke Bryan, received a letter from the FTC, or Federal Trade Commission. “I am writing regarding your attached Instagram post endorsing Cabela’s [a hunting, fishing and outdoor gear retailer],” the letter read in part. “You posted a picture of yourself in a Cabela’s store holding a fishing rod. You wrote, ‘Which one should I get? #HFE'”

The letter makes reference to an Instagram picture where Luke Bryan is touting his clothing line that is called “HFE,” which is short for the title of his hit single, “Huntin’ Fishin’ and Lovin’ Every Day.” Though the post looked like Bryan was just organically sharing a shopping trip at Cabela’s, in truth the post was an advertisement, with money changing hands between the separate parties for the celebrity endorsement.

The FTC letter to Luke Bryan was one of 45 letters that were sent out to celebrities for circumventing advertising rules by not disclosing that financial transactions were behind their social network posts. The letters stated celebrities needed to “disclose any ‘material connection’ between an endorser and the marketer of a product.” Other country celebrities cited in the FTC action were Jaime Lynn Spears and Lucy Hale.

Product endorsements from country music stars are nothing new in the genre. All you have to do is go back and listen to the Mother’s Best Recordings from Hank Williams, or old archives of the Grand Ole Opry to hear how product and performance worked hand in hand. However even in those nascent days of commercial radio, the consumer knew when an artist was reading a commercial or singing a jingle, and when they were performing a song.

The concerning part now is how the lines continue to blur between art and commerce, especially as celebrity interactions on social media as “influencers” can make or break products or brand lines, and result in millions of dollars in commercial activity from a single post.

Th FTC states, “If there is a ‘material connection’ between the endorser and the marketer of a product — in other words, a connection that might affect the weight or credibility that consumers give the endorsement — that connection should be clearly and conspicuously disclosed, unless the connection is already clear from the context of the communication containing the endorsement. Material connections could consist of a business or family relationship, monetary payment, or the provision of free products to the endorser.”

But this undercuts the “organic” nature of the social media posts that companies see as being especially influential to consumers.

Some have wondered how commercial radio continues to survive with dwindling listener numbers, but in the case of country music, brands see country listeners as a lucrative avenue for their products, especially big beer companies, full size truck makers, and outdoor outfitters like Cabela’s. 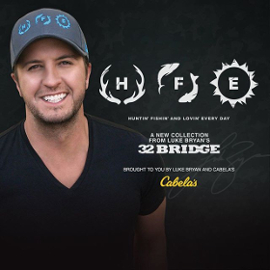 Even though corporate country listeners may be contracting in size, the greater likelihood of them purchasing products advertised to them makes country radio a continued target for advertising dollars. This is also one of the reasons so many country songs specifically mention beer, trucks, and outdoor gear. Sometimes it’s difficult to tell where the song ends and the commercials begin, with Luke Bryan’s “Huntin’ Fishin’ and Lovin’ Every Day” being a prime example.

When Luke Bryan released the song as a single to country radio in March of 2016, it was praised as being one of the most country-sounding singles Luke Bryan has released in his career. It almost seemed like Luke Bryan, responding to the emergence of Chris Stapleton and others, was trying to swing back to a more country sound. In truth the release of “Huntin’ Fishin’ and Lovin’ Every Day” as a single was nothing more than part of an elaborate brand launch for his HFE clothing line via Cabela’s.

Instagram and social media are not the only place we’re seeing the spurious encroachment of celebrity brand endorsements. Recently it was announced that Jason Aldean would be receiving his own “Asphalt Cowboy” Country Music Hall of Fame exhibit. It’s part of the Hall of Fame’s effort to reach out to a wider audience by including memorabilia from more current stars along with the Hall’s more historical artifacts. What makes the Aldean exhibit exceptional is that it will be sponsored by Field & Stream.

The announcement for the exhibit speaks just as much about the virtues and bullet points of Field & Stream as it does Jason Aldean. As a not-for-profit organization, and one that receives millions of dollars in donations and charges admission for attendees, is it really necessary to import sponsorship brands into the hallowed exhibit space? Doesn’t this set a bad precedent? It feels like money changers setting up their tables in the temple.

Expect more similar developments moving forward in country music as the amount of money made off recorded material continues to dwindle, and artists and labels look for new “lifestyle brand” revenue streams that blur the line between the commercial, the creative, and the spontaneous, sometimes purposely to mislead the consumer about what is being shared, and what is being endorsed.